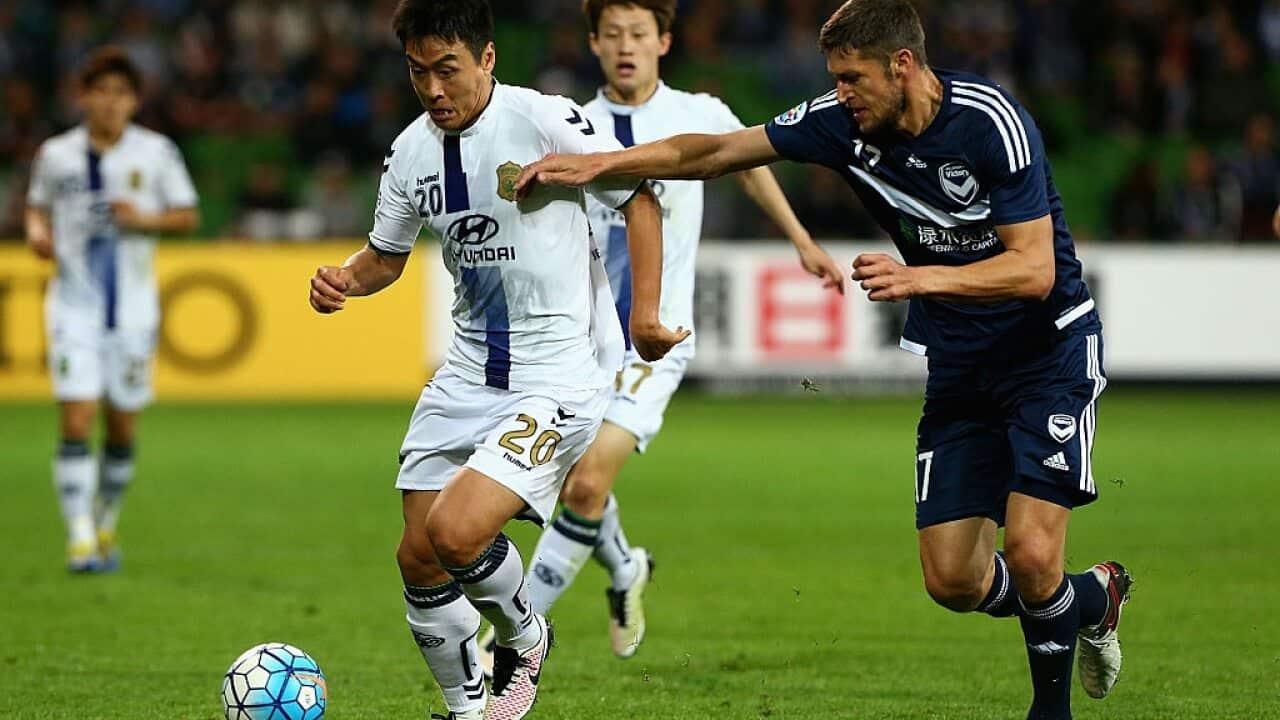 Still hurting from the loss at home in front of 41,000 fans, Lee told The World Game on the eve of this year’s final against Al Ain that it’s been his mission for the last five years to make amends for that heartbreaking loss.

“I am still losing sleep over that game,” the 37-year-old said.

“I couldn’t play properly in the final five years ago because I wasn’t fully fit, (so) I really want to erase the disappointment from that game.

Advertisement
“I have always dreamed of the ACL final. It’s been a constant reminder for the last five years and the disappointment has been a motivation for me in every ACL game.”

Jeonbuk, however, come into this final on the back of a horror few months domestically.

In September, the 2006 ACL champions looked to be cruising to a third straight K League Classic title, holding a commanding 16-point lead over second-placed FC Seoul, but a nine-point deduction for match fixing charges dating back to 2013, saw their lead slashed and their confidence take a hit.

Ultimately, on the final day of the season, they succumbed to FC Seoul; with Park Chu-young’s strike enough to give the capital club an historic 1-0 win and a sixth K League Classic title.

Lee insists, however, that his side’s priority all season had been the AFC Champions League.

“Our number one priority this year is to win the AFC Champions League,” the former Middlesbrough striker explained.

“Because we had a good run in the league, we were hoping to win the double, (but) sadly we missed out on the league title. Now we have a bigger and more important goal to focus on, and we will prepare ourselves better.

“We have a lot of experienced players that have played in many big games, we have enough time to get ready and overcome the disappointment.”

The evergreen striker will be taking part in his third continental final, having won the Asian Club Championship, the predecessor to the ACL, with Pohang Steelers in 1998 as an exciting 18-year-old.

“That was nearly 20 years ago but I still remember it clearly,” he said of the final against China’s Dalian Wanda, which Pohang won 6-5 on penalties after the match ended 0-0.

Eighteen years later, Lee is regarded as one of the finest strikers in Asia and holds the record as the all-time leading scorer in AFC Champions League history, with 32 goals from 55 matches, although the individual honour means little to the four-time K League Classic MVP.

“It doesn’t mean much,” was the response from Lee, the K League Classic’s all-time leading scorer, when asked about the record.

What does mean a lot to him is Jeonbuk.

The prodigiously talented striker lost his way after being omitted by Guus Hiddink from Korea’s 2002 World Cup squad, and while he recovered for 2006, a knee injury kept him sidelined.

The move to Jeonbuk in 2009 was a match made in heaven for player and club.

“It is not an exaggeration to say that my football career is divided before and after Jeonbuk,” he said.

“That's how much this club, that my coach Choi Kang-hee, my teammates and I have helped to build, means to me.”

And it’s for this reason he is desperate to deliver a second AFC Champions League trophy to the club.

While Jeonbuk has been one of Asia’s best and most consistent clubs in recent years, Lee knows the title will only come through hard work, not through any notion of who ‘deserves’ it more.

“Every team deserves to win, but winners are those who can show their abilities on the pitch,” he said.

If Jeonbuk show their true ability and get their hands on the trophy, Lee will finally be able sleep easy.