From heroes to zeros and back again, Leicester City's remarkable roller coaster ride took another twist as a superb 2-0 victory over Sevilla put them in the quarter-finals of the Champions League on Wednesday (AEDT). 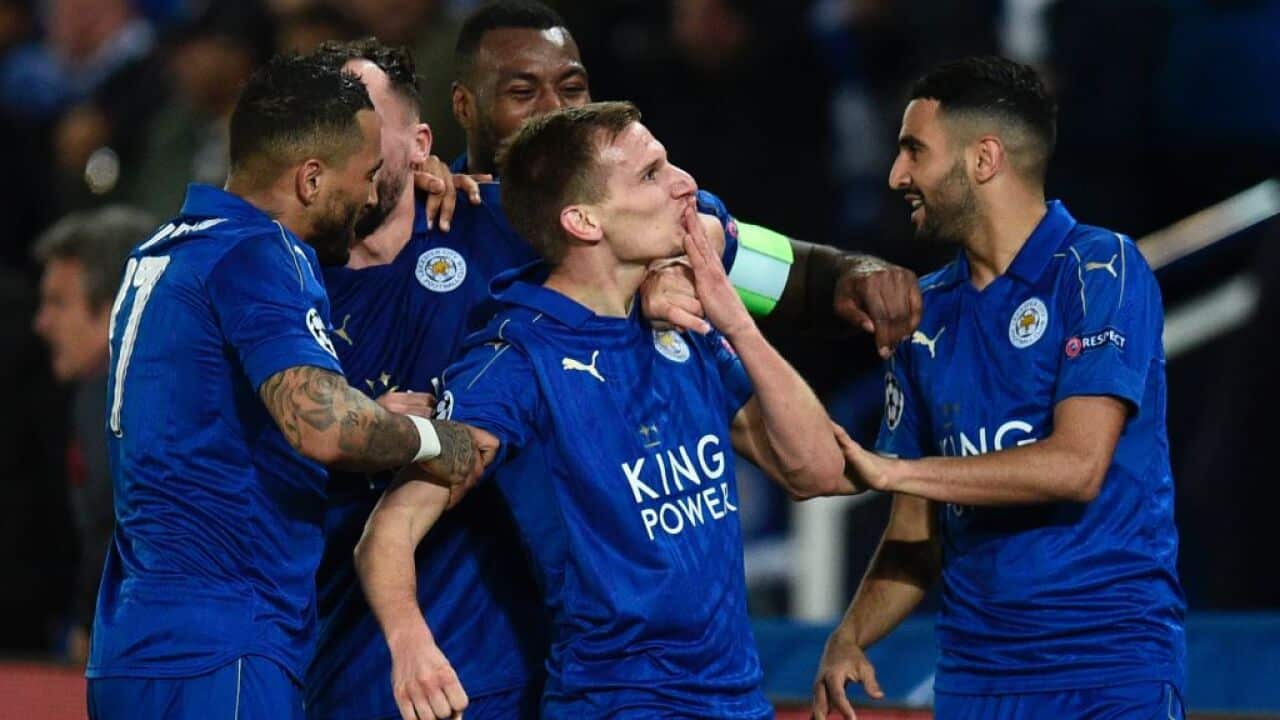 Down 2-1 from the first leg last month in Spain -- when they were also careering towards relegation -- Leicester rolled back the clock to last season's Premier League title heist as goals by skipper Wes Morgan and Marc Albrighton put them in the last eight in their first crack at Europe's elite competition.

Advertisement
The Dane, whose father and former Champions League winner Peter was watching inside a pumped up King Power Stadium, also saved a penalty in the first leg in which a dominant Sevilla could have won by a landslide.

"It is an unbelievable achievement for the club. I am proud of the boys and proud of everybody. We had a game plan, we stuck to it and it came off perfectly," Schmeichel, who made two other important saves, said.

Leicester have now won all three matches since Ranieri, the man who led them to the Premier league title last May, paid the price for a woeful run of form that had the Foxes careering towards the ignominy of relegation as champions.

They are still just three points above the drop zone but with Ranieri's former assistant Craig Shakespeare confirmed in full-time charge, they can look forward to a potential clash with the likes of Barcelona or Real Madrid.

It looked ominous for Champions League debutants Leicester in the early exchanges as Sevilla sought the away goal that would have put them in complete control of the tie.

Leicester keeper Schmeichel made a great save to keep out Nasri's stinging shot, but Sevilla struggled to find the passing rhythm that had overwhelmed their opponents in the first leg.

A well-organised Leicester worked tirelessly and looked dangerous from set pieces and it was from a Riyad Mahrez free kick that they took the lead with skipper Morgan bundling the ball into the Sevilla net with his thigh in the 27th minute.

Ahead on away goals the situation played perfectly into Leicester's hands as they sat deep and broke quickly with Jamie Vardy's pace always a threat.

Sevilla upped the ante in the second half and came within a coat of paint of equalising in the 54th minute when Sergio Escudero's swirling effort from 30 metres beat Schmeichel but struck the underside of the crossbar.

It proved a pivotal moment as a minute later the ball dropped kindly for Marc Albrighton just inside the penalty area and he was allowed time and space to dispatch a left-foot shot past Sevilla keeper Sergio Rico.

Sevilla went desperately in search of a goal but Nasri got himself needlessly sent off in the 74th minute after squaring up to Vardy and bumping foreheads.

Nasri received a second yellow card while Vardy, an irritation all night to Sevilla, was cautioned.

Sevilla were handed a lifeline almost immediately though when Schmeichel clattered into Vitolo and the referee awarded a penalty. N'Zonzi was handed the task of putting Sevilla back into the tie but his weak kick was saved by Schmeichel.

"The players can be immensely proud of themselves," Shakespeare said. "We rode our luck at times but the character was immense. When we needed Kasper the most he came up trumps."