Leicester City have claimed a stunning English Premier League title win after being 5,000-1 to do so at the start of the season. Here, are the men who won an historic title for the Foxes. 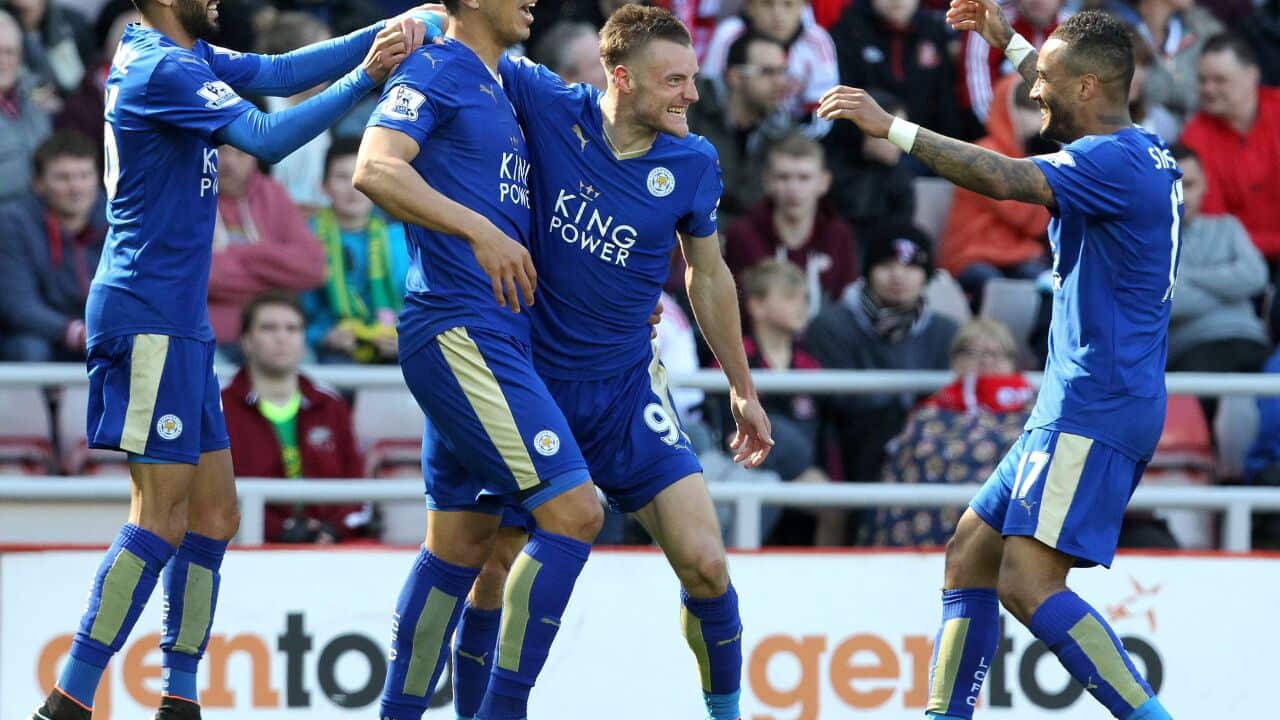 Advertisement
The Danish goalkeeper kept five straight clean sheets during the run-in to help propel the Foxes to the title - after waiting until October for a shutout.

He does not like to talk about the links to five-time title winning father Peter and has been an outstanding performer in his own right. 9/10

The full-back started the season as the club's first-choice right-back but slowly slipped out of favour.

He scored in the 3-2 win over Aston Villa in September but his last league start came in the defeat to Arsenal later that month and was loaned to Middlesbrough in February. 6/10

He avoided jail in June, being sentenced to 300 hours of community work instead, after an attack on his ex-girlfriend.

His Foxes career looked to be drifting after just 18 appearances last season after a move from QPR but Simpson has become key at right-back for Claudio Ranieri. 8/10

The 30-year-old signed before Nigel Pearson's exit in June and took his time to break into the team - making his first league start at Norwich in October.

A relaxed and funny individual the left-back has been a bargain after leaving Schalke on a free transfer. 8/10

At 32-years-old none would have thought the skipper would lift the title after only his second season in the top flight.

He has been at the heart of Leicester's success and has capped his own rise after previously spending 10 years at Nottingham Forest. 9/10

He won the title as a bit-part player with Chelsea in 2004 and 2006 but has been a mainstay in a defence which has been often overlooked.

They tightened up during the second half of the season and his experience and understanding with Morgan has been exceptional. 9/10

He played a key role in Leicester's early burst, scoring in the 2-1 win at Norwich, but injury restricted him in the second half of the season.

He made a first start since November in the 4-0 win over Swansea but was often used as a late substitute by Ranieri. 7/10

An absolute steal of a summer buy for a reported £5.6million from Caen the deep-lying midfielder was unknown when he arrived at the King Power Stadium.

But a string of outstanding performances saw him nominated for the PFA Player of the Year and he made his debut for France in March. 10/10

Another of Leicester's star performance during a season which has also seen him make his England debut and force his way into Roy Hodgson's thoughts for EURO 2016.

Understated but absolutely vital, the former Manchester United trainee admitted he has an almost telepathic understanding with Vardy. 9/10

The Wales international has found it hard to break the midfield strangehold of Kante and Drinkwater but it is clear Ranieri trusts him.

He has been picked ahead of summer signing Gokhan Inler and showed himself as an able deputy in the middle. 7/10

He joined on a free transfer from Aston Villa and, after an understated but hard-working first season, the winger has excelled.

Early-season form brought talk of an England call-up and while Mahrez and Vardy grabbed the headlines he was always available for the Foxes. 8/10

His goals dried up in the second half of the season but he had already done the damage and remained a huge threat. The Foxes face a fight to keep him. 10/10

The Swansea loanee may have failed to start a game but he scored one of the most important goals of the season.

His late winner in their 3-2 comeback victory over Villa in September can be pinpointed as a turning point in both clubs' seasons. 6/10

The winger initially rejected a move to Leicester last year before making a U-turn and joining from Birmingham in January.

He has been used sparingly off the bench but has shown enough to justify the Foxes' £3.7million outlay. 7/10

The Japan international has proved a fine foil for Vardy upfront, taking the knocks and creating extra space while Vardy gets the goals.

He has only scored six times himself and was a long-time target when Nigel Pearson was in charge but has netted at crucial times - including the winner in the 1-0 victory over Newcastle in March. 7/10

Last season's 13-goal top scorer played second fiddle to Vardy and Okazaki but he was still a useful asset to Ranieri.

His 89th-minute winner in their 1-0 victory over Norwich was crucial and a brace while deputising for the banned Vardy against Swansea put them on the brink of the title. 7/10

He set a new Premier League record by scoring in 11 straight games and ran riot during a phenomenal season, becoming Leicester's third PFA Player of the Year nominee and Football Writers' Player of the Year, even if he blotted his copybook with a late ban.

The 29-year-old penned a new improved contract in February and is a certainty for England's EURO 2016 squad just four years after he was playing non-league football for Fleetwood. 10/10