Leicester City manager Claudio Ranieri loved every moment of the fitting end to his side's "magic season" and the party continued into the press conference as Kasper Schmeichel and Christian Fuchs soaked their manager in champagne. 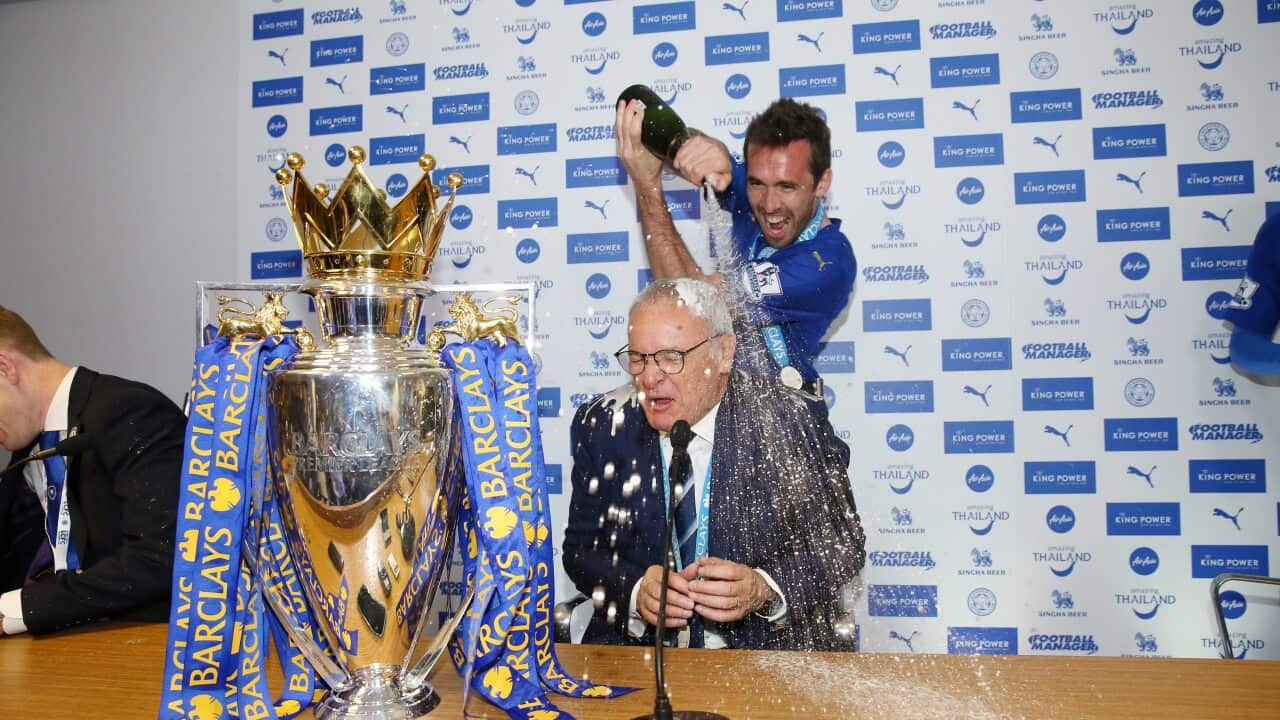 Nine months since starting the season as relegation candidates and a 5,000-1 shot for the title, captain Wes Morgan lifted the Premier League trophy to a background of fireworks and cheers at the King Power Stadium.

Advertisement
Nobody could have foreseen the Foxes winning their first-ever league title in this money-dominated era, yet their spirit, determination and skill saw them triumph with two matches to spare.

The players, like City's fans, showed no hangover from the celebrations that have been ongoing since Tottenham drew at Chelsea on Tuesday (AEST), with Jamie Vardy netting either side of fans' favourite Andy King in a 3-1 win against Everton.

The party now rolls onto Chelsea and a title parade on 16 May, with Ranieri overwhelmed by a memorable afternoon that included world-famous tenor Andrea Bocelli's singing next to the Leicester boss before kick-off.

"It felt good," Ranieri said at the end of a memorable day. "It was amazing. I tried to be strong without emotion, so I live better the moment.

"It was amazing when the maestro Andrea Bocelli sung 'Nessun Dorma'..."

At that point a cork was popped, with goalkeeper Schmeichel and full-back Fuchs running into the press conference with the Premier League trophy, covering their manager with champagne.

After a delay in which he attempted to dry himself, he began speaking about Bocelli again and the day as a whole.

"The emotion was at the top but it was fantastic," Ranieri said.

"Andrea when he called me and said 'I want to come there, there is something magic in Leicester'. He chose this day and it was brilliant.

"I want to say thank you to all our fans. In the bad moment, like when we were losing 2-0, they helped us so back so many times, at home, away. Without them it was very, very difficult now to get this trophy.

"And, of course, the more important person: the owner. Without the owner, that wasn't possible, that ambition."

Ranieri has no wild celebration planned on Sunday - "when I was young, I think no more than 10 times I went to the disco" - apart from a little party at the King Power Stadium with the chairman and families.

After that, he will go home to bed and "restart" ahead of the season finale at Chelsea - a phrase repeated when it came to next season.

"I don't know next season what happens because this has been a magic season, but you imagine if Leicester start well again - oof, what happens? I don't know," Ranieri said.