Les Murray explains why suggestions that the National Football Curriculum is to blame for Australia's failure to qualify for Rio 2016 are not just factually wrong, but mischievous. 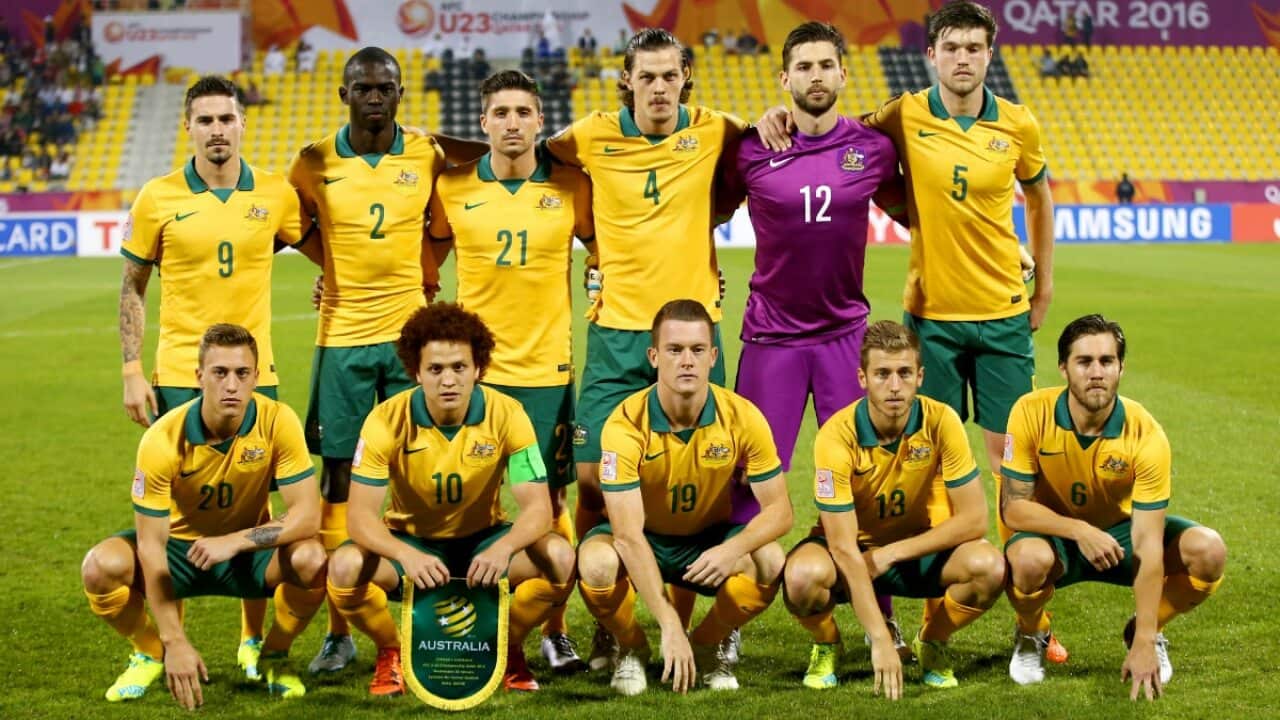 In the wake of Australia’s failure to qualify for the Rio Olympic football tournament there has been some loud criticism of the country’s talent development program and the quality of players our system is producing.

Some sections of the media commentariat and other observers fired big missiles at the FFA’s National Football Curriculum (NFC) and in particular the Dutch technical influence that spawned it.

In a sense the criticism is welcome because it is always important to debate and focus on talent development. But hang on, not so fast. The criticisms and the arguments are dead wrong and totally misplaced.

Advertisement
In fact the performances in the Olympic qualifiers have nothing whatever to do with our current system, curriculum and the Dutch influence. Indeed they are legacies of the previous system to the extent that a system then existed at all.

The players who took part in the failed qualifying bid are simply too old to have been caught in the net of the new curriculum.

The NFC, under the authorship and guidance of then national technical director Han Berger, was first launched in 2009 as primarily a blueprint, philosophical document that was short on detailed explanation and practical examples. The curriculum was re-launched as a comprehensive document and practical guide in 2012 and it was then that the work in earnest to put right what had been wrong with our player development was meant to kick in.

The scheme, based on examples of success in other countries like Spain, France, Germany and Holland, was governed by the principle that the development of a quality footballer takes at the minimum between eight and ten years. It was designed to have kids enter it at around the age of 10.

So it’s not rocket science. The kids that first entered the system under the new curriculum will be turning 14 this year. The players in the Doha qualifying tournament were in the majority in the 20-22 age group and were never touched by the curriculum. They are simply too old.

A primitive thrust of the arguments against the NFC is that it is the product of some kind of Dutch mafia, a culturally narrow dogma that replaced whatever it was that existed before it.

Let’s examine this in detail.

Around 2006 the penny dropped in the head of Frank Lowy that not all was right with our development system so he instructed his then CEO, John O’Neill, to inquire into it. Advice was sought from Dutchman Guus Hiddink, highly revered at FFA at the time. Hiddink recommended going in a Dutch technical direction and a series of Dutchmen were appointed in key technical roles, beginning with Rob Baan, the FFA’s first technical director.

Hiddink’s advice was not without wisdom and had nothing to do with him trying to line up jobs for his Dutch mates. Dutch coaching and player development methodology had been at the forefront of successful football cultures for decades.

Though Holland had never actually won the World Cup its coaches and coaching methods were universally admired and it was one of the most prolific exporters of playing talent in the world. Rooted in the Ajax Amsterdam school of the 1970s of attacking football, effective ball possession and high pressing, it became the standard model for teams pursuing success. Arrigo Sacchi used it when he turned AC Milan into a conquering team in the 1980s and is the root philosophy of teams like Barcelona, Bayern Munich, Arsenal, Ajax, Spain, France and Germany today.

In 2000, 16 years ago, the Germans, then at a crossroads, sent emissaries to Holland to study Dutch methods and then adopted them. Now Germany has the best generation of players in its history.

Others modelled their development largely on the Dutch too, like the Japanese who, incidentally, won the Olympic qualifying tournament in Doha. But they started their work 20 years ago not four years ago like us.

But apparently, according to the critics, the Dutch methodology is not for us.

An element of the NFC, a 300-page document, that has copped angry flak from the critics is its insistence on taking the emphasis off results in the earliest age groups, i.e. no league tables. This is not Australian, say the critics. Well, it had better become Australian soon because the policy is commonplace among the world’s most successful football nations.

The curriculum explains this by saying the pursuit of results places undue negative pressure on children, inhibiting them from taking risks and thereby by learning from their mistakes.

Says part of the document:  ‘[A] negative factor [of the high emphasis on results]  is that an unhealthy level of psychological pressure at a young age suffocates creativity and initiative. The result is that you develop reactive instead of proactive behaviour: out of fear of being criticised when making a mistake, children start looking at the coach for solutions instead of trying to solve football problems themselves.’

It is fundamentally about replicating as much as possible street football which was the breeding ground of all great players before economic advances took kids off the streets.

Indeed in Holland they are going even further. Soon they will bring in junior football without referees, with no sideline coaching and with parents restricted to standing behind a rope 30 meters from the playing area. Again it’s about mimicking street football where there are no referees, no coaches and no parents. And no league tables.

It all makes pretty good sense to me.

So if it wasn’t a miscued curriculum what did cause the failure of the Olyroos on Doha?

One reason may have been that the coach simply screwed up. According to some observers Aurelio Vidmar veered from the Ange Postecoglou script of proactive, attacking football built around a 4-3-3 formation and instead played with counterattacking tactics.

This is plausible for, if true, it would be in Vidmar’s DNA. Vidmar was primarily a reactive coach during his successful stint as boss of Adelaide United. It was with counterattacking football that he took the team to the AFC Champions League final in 2008.

But a broader reason is that the players were spawned by a generation when, ironically, there was no national curriculum or a nationwide elite player development system of any substance.

The much heralded previous era, that of the so-called golden generation of 2006, graduated from the old NSL club system. It was the NSL clubs (barring a few exceptions who went abroad as teenagers like Harry Kewell and Craig Moore), with their junior development schemes that produced them.

But that pipeline dried up when the NSL died in 2004 and was replaced by an A-League which, till now, paid scant attention to youth development. The Doha generation’s formative years, from ten years of age up, were spent during the gap left by the NSL’s demise.

This, thankfully, will now be corrected with the establishment of youth academies at every A-League club, an initiative of Han Berger. It is this club academy system that produces most quality footballers across all of Europe and now we will have one too.

Of course not all is totally hunky dory with the NFC. For example it is under-funded. The elite programs, such as the Skilleroos, are coached by part timers and are perennially under financial stress.

It is this not the curriculum itself which needs fixing. As I have argued in this space before, Australia, as a developing football nation should spend more, not less, of its budget on player development than established nations. The next step, as Craig Foster argues, surely has to be to professionalise the development coaching network.

But even if we were to accept the criticisms and assume that the NFC is a complete dud the question has to be: what now? Do we unravel and throw out the NFC? And if we do what do we replace it with? On this the critics are silent.

The NFC is a massive body of work and replacing it with an alternative model would be an enormous task that would take years of study. This is something that has not occurred to the critics because I suspect they either don’t understand the curriculum or, more likely, simply haven’t read it.

I suggest they do. It is written in good English and its thrust well argued. And it is freely available to download here:
http://www.footballaustralia.com.au/dct/ffa-dtc-performgroup-eu-west-1/FFA%20National%20Curriculum_1ma6qrmro1pyq10gzxo5rcn7ld.pdf
.

In the meantime the NFC should be left alone to complete its work and be given the years it needs to actually produce quality footballers that will make Australia internationally competitive.

To suggest that the curriculum is somehow responsible for the failures of the current Olyroos is not just factually wrong. It is mischievous.