Netherlands-based flier Craig Goodwin believes he can make "a real impact" for Australia should he make the cut and get the chance to face Syria in next month's 2018 FIFA World Cup qualifiers. 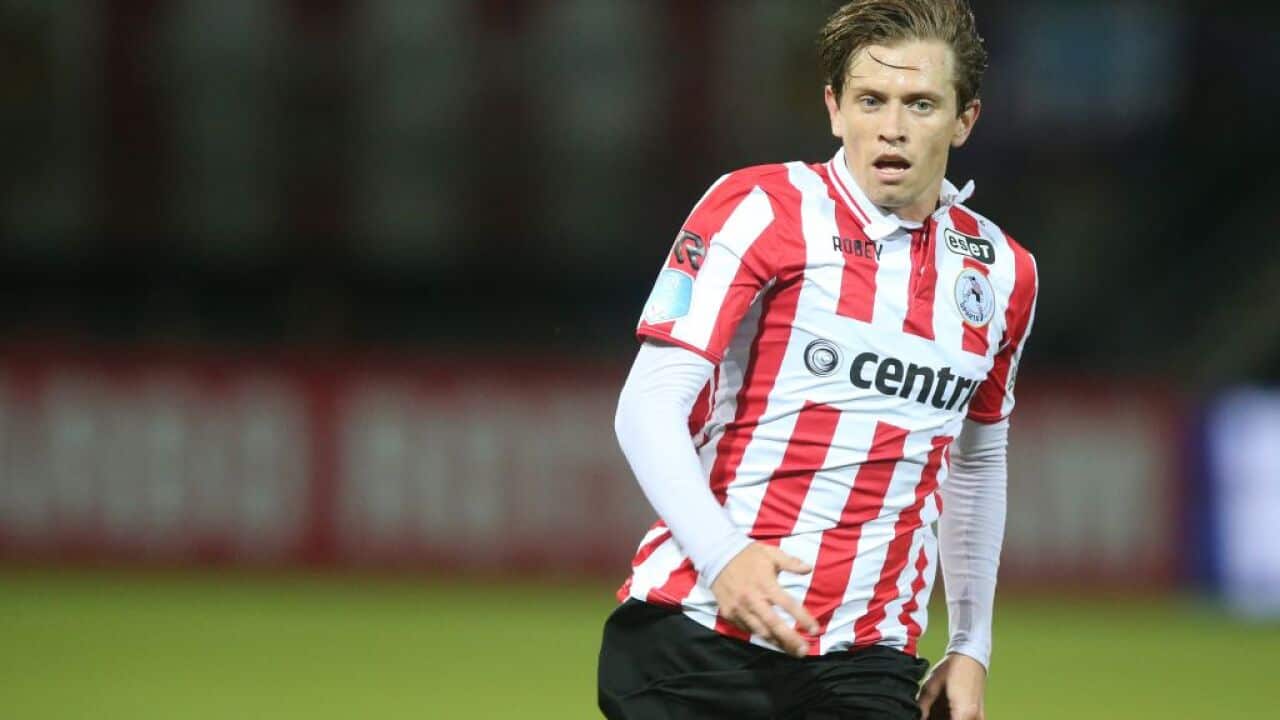 Named in a preliminary 30-man squad for the win-or-bust World Cup play-off against the war-ravaged nation over two legs - on October 5 and 10 - Goodwin is on a mission to show he has the dash and panache to stake a claim for the problematic left wing-back role.

But first, the 25-year-old - tearing it up for Eredivisie side Sparta Rotterdam so far this season - has to survive the cull when coach Ange Postecoglou trims the squad back to 23 next week.

If he does that, it could be game-on with fellow lefties Alex Gersbach and Brad Smith for match minutes.

Despite being beset by shin splints issues last season, Goodwin, 25, still managed 27 appearances in his debut campaign in Holland.

But he missed out on 2017 FIFA Confederations Cup selection, and was again a notable omission from last month's qualifiers against Japan and Thailand.

The absences have only hardened his resolve and stoked his motivation.

Speaking ahead of Wednesday's (AEST) KNB Cup tie against RKC Waalwijk, Goodwin declared: "If I am included (in the 23-man Socceroos squad) I will give everything to help the team in two really important qualifiers".

"If I manage to get the opportunity to play, I feel I can have a real impact.

"We have only lost one game in qualifying, and to not make it to Russia outright was a little bit unlucky, especially missing out on goal difference.

"I think the players have done really well. Obviously it's harder to have to go to the play-offs.

"But every player wants to be part of big games like these and to create a memorable moments.

"It's a chance to stand up and to make something really special happen."

Goodwin has racked up five league starts and scored the winner against FC Twente prior to the last-game loss to AZ Alkmaar.

While he's been deployed predominantly as a winger, coach Alex Pastoor has also tinkered with a three-at-the-back formation on occasions, exposing Goodwin to the left wing-back role that he could fill for Australia.

While Gersbach grew in stature in the 2-1 win over Thailand, Smith stuttered against Japan, leaving the spot clearly up for grabs.

"In terms of playing that role for Sparta we did play a little bit last year," Goodwin said.

"And we have also worked on it a bit during the pre-season.

"I know a fair little bit about how we do it here and with the national team I might have to tweak the way I play the position a little bit."

"But if I do make the squad and that's the role I'm asked to play, obviously that's what I would more than happily do.

"I have confidence in my ability to play in a few different roles. For me, it's all about doing what I can for the team."

With 372 league minutes already behind him this season, Goodwin said: "It's just been good being able to contribute to the team.

"It's always been my goal to be able to put myself in a position to get a national team call-up.

"My fitness levels for my club are good. I've been covering about 12.5km in each match, and physically pulling up well.

"My main focus is to just keep building here on what I've done so far for my club.

"Call-ups on top of that are obviously a massive bonus."

Asked how he'd dealt with the omissions, three-cap Goodwin replied: "It makes me more motivated. "Obviously, I want to make the squads every time and my goal is to try and be a regular starter for the national team.

"That's what every player in and around the squad wants to do. I am no different.

"Of course, last year I was in a few squads then towards the end of the season I didn't make a couple.

"Then I didn't go to the Confederations Cup. But for me, it's always been just more motivation to try and get back in there."