As the world watched on horrified from a safe distance while North Korea launched another missile over Japan last week, former A-League star Erik Paartalu was right in the thick of it. 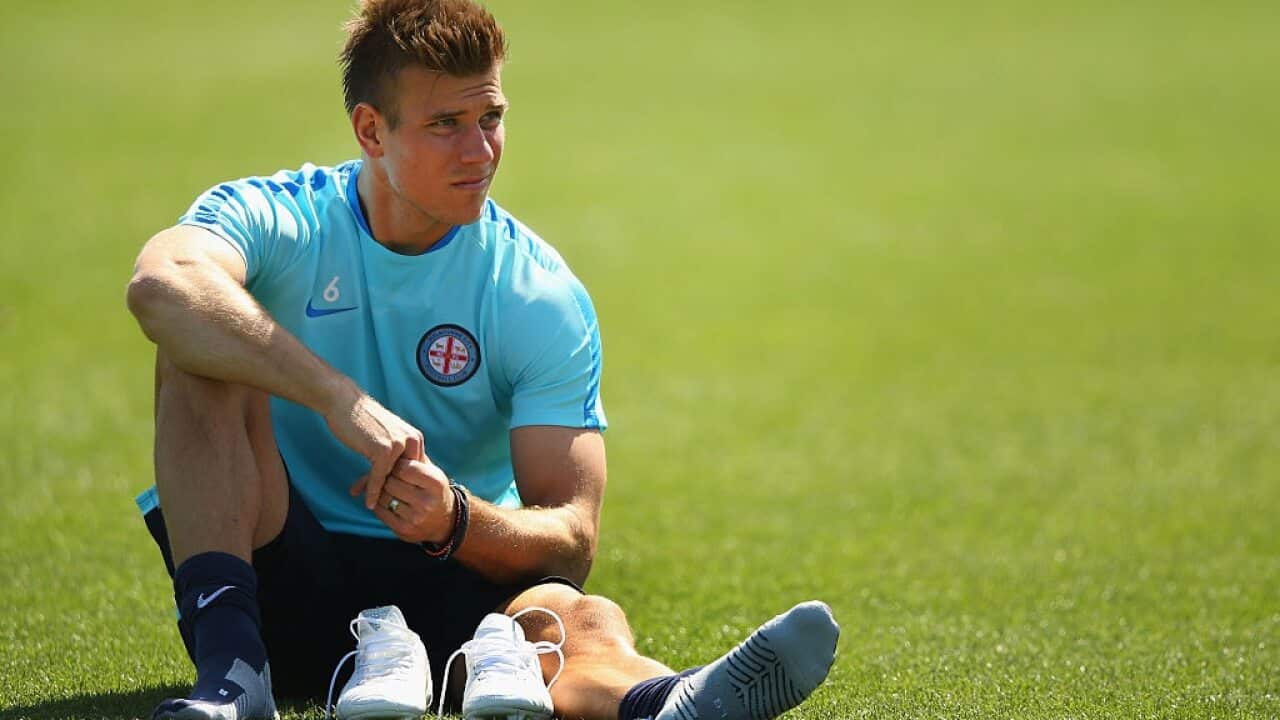 Erik Paartalu during his time in the A-League Source: Getty Images

The 31-year-old former Brisbane Roar grand final hero has spoken of the terrifying moment he and his teammates were in the North Korean capital of Pyongyang when the latest ballistic missile was launched right overhead.

Paartalu was with his Indian Super League side Bengaluru FC, who he joined this year, for the second leg of their their AFC Cup inter-zone tie against North Korean team 4.25 SC.

He and his teammates were in their hotel the day after the game, which they drew 0-0 to progress to the semi-final, when all hell broke loose.

"It just kicked off mate,” Paartalu told The World Game.

“The next morning (after the game) we woke up, went to breakfast and then came back and we saw the breaking news ‘missile fired from Pyongyang over Japan’, and we just looked at each other and said: ‘Oh my god'.”

“We had to go and train and we didn’t know anything else about it. We came back and were checking out and talking to a couple of journos who were travelling with us and they basically said if you were outside the hotel at 6am you would’ve seen the trajectory of the missile going over the hotel.

While their last day in North Korean was chaotic, the team also experienced several issues from the moment they arrived the day before of the game.

It all started when half of the team’s bags didn’t arrive at the airport, forcing some players to try and source boots from a local sports store, and continued when the team had just five balls to use at their only training session on the day before the match.

“I don’t know if that was an Air China problem or North Korea trying to stuff us around,” former Melbourne City midfielder Paartalu said.

“We were training with petrol station footballs, boots that weren’t fitting properly, guys wearing the extra training kits from the coaches, it was just a really unprofessional 24 hours.”

Paartalu admitted he was apprehensive about heading to North Korea, fearing he could be risking his life.

He slammed the AFC for not postponing the match, like they had for Malaysia's clash which North Korea pushing it back to October, or at least have the fixture moved to a neutral venue.

“To be quite honest deep down I didn’t really want to go for a game of football under those circumstances, and I think a lot of the boys felt the same," he admitted.

“In the back of your mind of course it (pulling out) goes through your head, why would I go and risk my life?

“I did my own little bit of digging and North Korea was due to play Malaysia, where the AFC is based, in June or maybe even earlier and the game got pushed back to October because the situation then was unstable.

“Personally, I tried to push it a little on social media just to see if at least the game could get pushed to a neutral venue because I still believe the game should’ve been played in China or somewhere like that, and that’s what pissed me off a little bit."

Paartalu said despite the terrifying events, he never really felt unsafe in the country, and having come back unscathed he's actually happy to have made the trip.

“I was stressed out about the situation, but when you looked around and people were going about their business as normal, they probably didn’t even know what had happened," he said

"Once we got inside the airport I think we felt a bit of relief.

“I guess looking back on it now, I’m probably more grateful to have had the experience than not."

Bengaluru, last year’s AFC Cup runners-up, will now play a match against Tajik side FC Istiklol in the inter-zone semi-final.