Levante boosted their survival prospects with a come-from-behind win over Espanyol, whose 2-1 defeat at Estadi Ciutat de Valencia leaves them just eight points clear of the Primera Division drop zone. 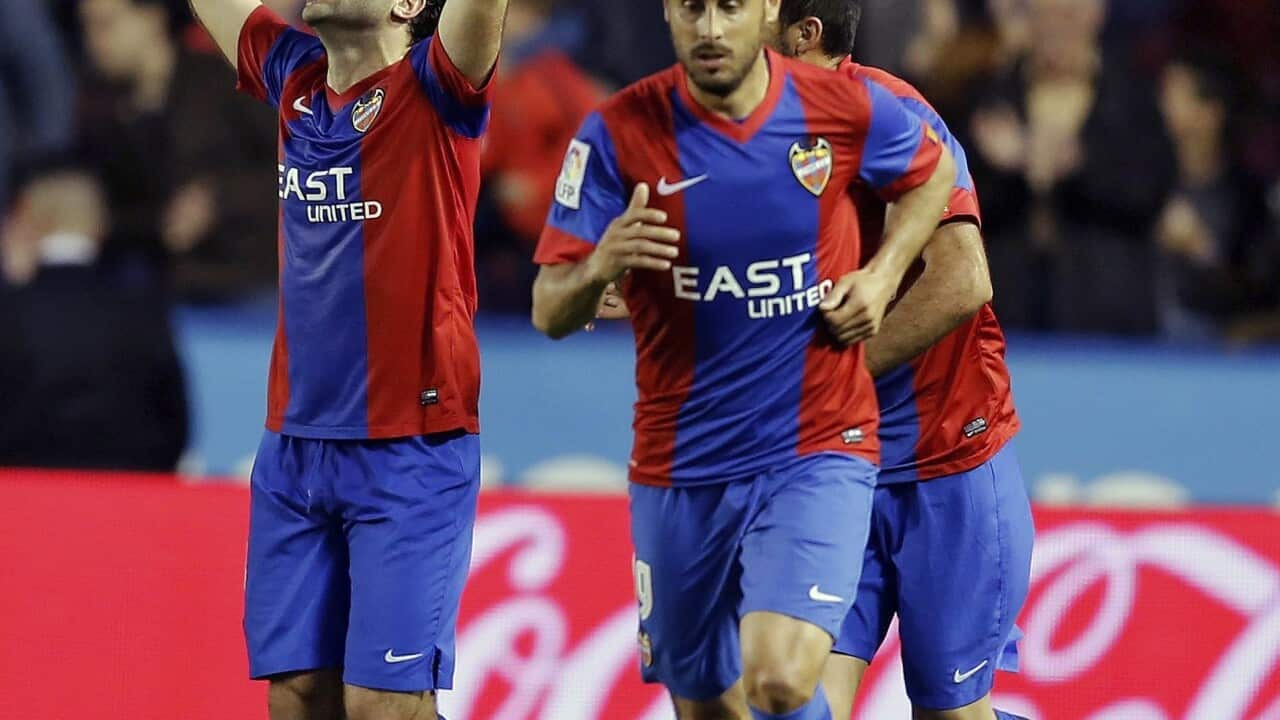 The visitors went ahead as early as the seventh minute through Paraguay international Hernan Perez, but they were pegged back midway through the first half after Giuseppe Rossi's free-kick.

Carl Medjani then got the faintest of touches to a ball into the area in the 67th minute as Levante claimed an important win, one that moves them above Getafe and Sporting Gijon and into 18th place on goal difference, with the three teams level on points.

While Espanyol have a decent cushion above the bottom three with only four games remaining, they will be nervously looking over their shoulders after their second loss in a row.

Advertisement
The Catalan club took an early lead when Perez latched on to a defence-splitting pass before calmly slotting past Levante goalkeeper Diego Marino.

His opposite number Pau Lopez kept out Deyverson's effort as Levante sought an immediate response, although the Espanyol custodian could perhaps have done better with the equaliser.

Italy forward Rossi's 23rd-minute free-kick from the right was intended as a cross, but the ball instead flew into the net after it evaded everyone, with Lopez perhaps unsighted.

Marco Asensio saw his strike well saved by Marino as half-time approached and the on-loan Real Madrid midfielder made a nuisance of himself shortly after the resumption before the danger was snuffed out.

Levante then took the lead for the first time when Medjani got a slight touch to Joan Verdu's chipped free-kick into the near post, enough to take the ball beyond Lopez.

Espanyol made a concerted effort to force an equaliser as the game entered its closing stages, but Levante held on to seal a first win in four matches.