Life in Manchester is 'a disaster', says Mourinho

Manchester United manager Jose Mourinho has labelled his current living situation as "a bit of a disaster" as he continues to live alone in a hotel room. 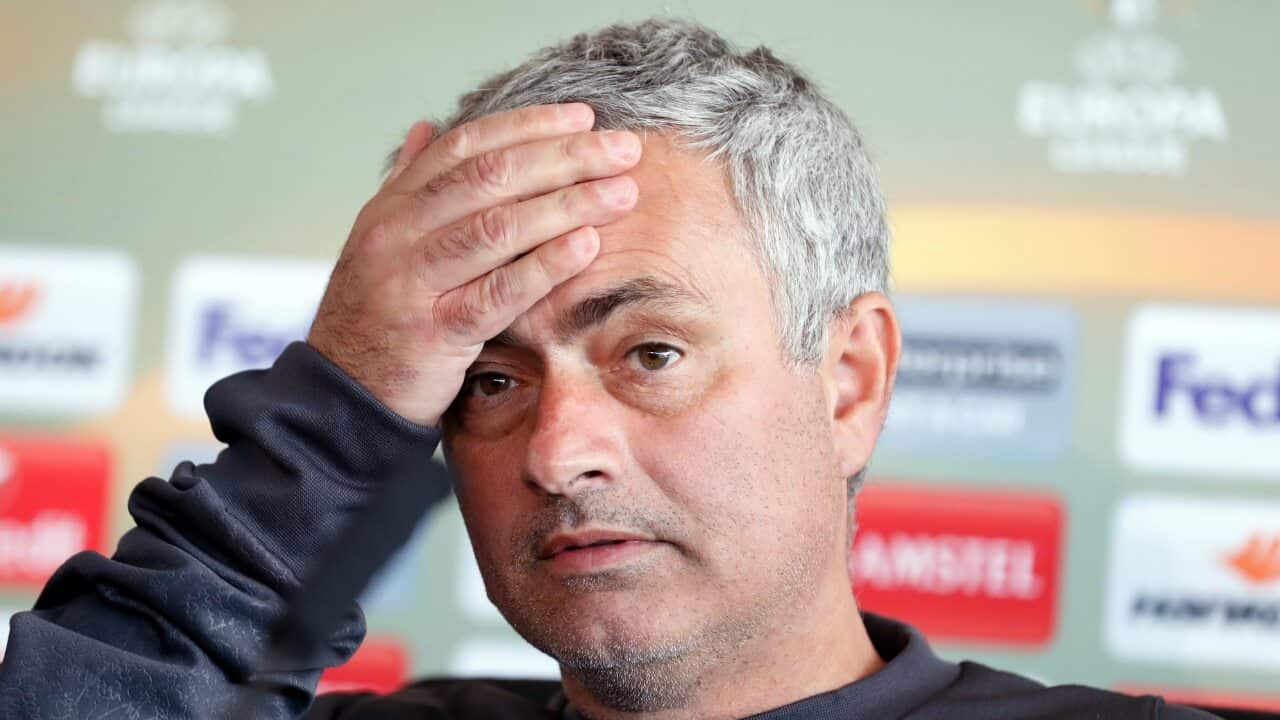 Jose Mourinho has been in Manchester for five months. Source: AAP

Mourinho's ability continues to be questioned by critics after a 4-0 loss to his old club Chelsea on Monday (AEDT) meant he had lost 13 of his previous 27 Premier League matches.

The Portuguese manager is living in The Lowry Hotel's Presidential Suite, while his family remains in London.

Speaking to Sky Sports ahead of the EFL Cup clash with Manchester City, Mourinho admitted, while laughing, that his personal life was being affected by the Paparazzi.

"For me, it's a bit of a disaster because I want sometimes to walk a little bit and I can't. I just want to cross the bridge and go to a restaurant. I can't, so it is really bad," Mourinho said.

"Buy a house? I do not know, I do not know. The reality is that my daughter will be 20 next week, my son will be 17 in a couple of months.

“They are very stable. University in London. Football in London. Friends. So they are in an age where they can’t chase me like they did before.

"So for the first time the family lives in a different way. We try to feel it, we try to see the evolution of our feelings and see how we cope with the situation."