Ten-man Marseille extended their unbeaten run in all competitions to 17 games with a slender 1-0 win in Montpellier. 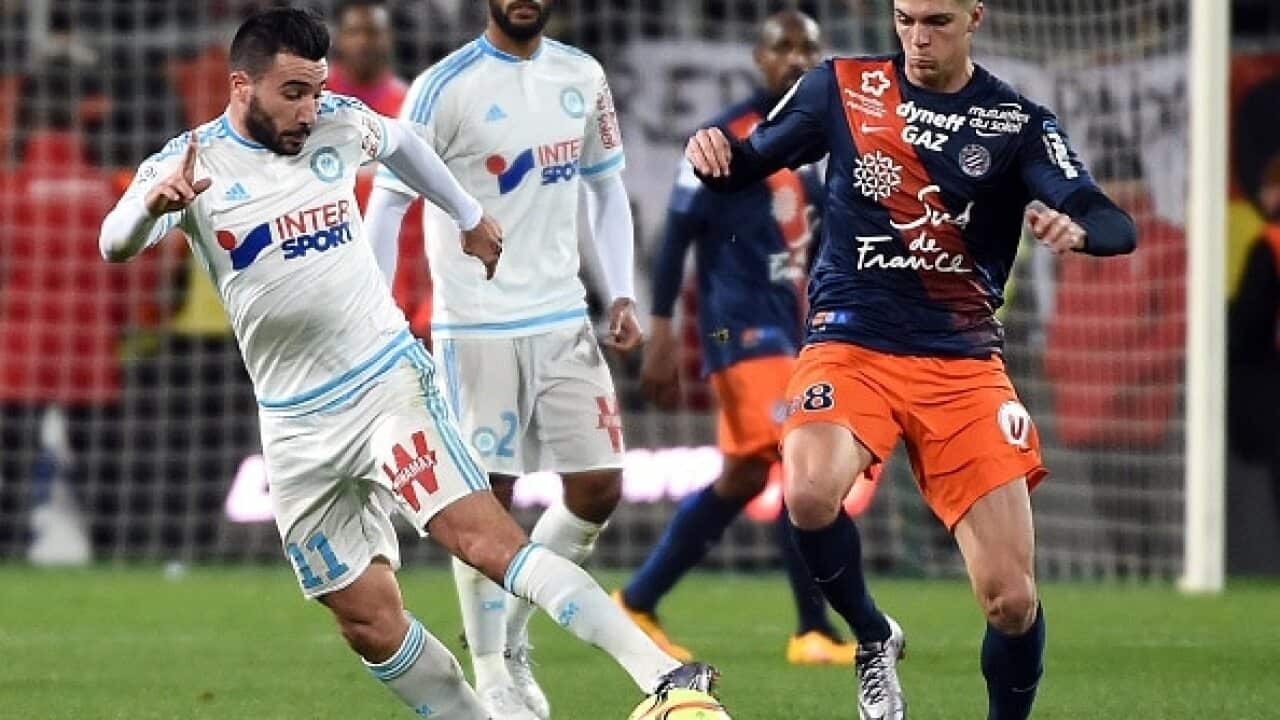 Advertisement
There was little to shout about in the early stages and, but for a Bouna Sarr free-kick that flew over the bar, neither side created a decent opportunity until almost 25 minutes in.

That went the hosts' way and Jonas Martin drew a solid two-handed save from Steve Mandanda with a stinging effort from 20 yards.

Montpellier continued to press as Ryad Boudebouz went close direct from a 25-yard free-kick before referee Tony Chapron brought an end to a goalless first-half.

The hosts continued to have the better of the chances early in the second half as a last-ditch Brice Dja Djedge save prevented Souleymane Camara from opening the scoring before Ramy Bensebaini fired a volley-on-the-turn over the bar.

Then, with 68 minutes played, Marseille took the lead against the run of play when Georges Nkoudou struck after some good work from Romain Alessandrini.

Just moments later, though, l'OM were reduced to 10 men when, making his return after signing on loan, substitute Florian Thauvin was given his marching orders for a clumsy challenge on Hilton.

Mandanda made a smart one-handed save to deny Mustapha Yatabate late on but Montpellier failed to make full use of their man advantage.

In Wednesday's (AEDT) other top-flight fixture, Monaco bounced back from Saturday's 3-0 loss at Angers with a 2-0 home triumph over Bastia.

An own goal from Bastia's Francois Modesto after 35 minutes put the hosts in front at Stade Louis II.

Bernardo Silva's 73rd-minute effort sealed the points for Monaco, who have temporarily closed the gap to runaway league leaders Paris Saint-Germain – who play Lorient on Wednesday – to 21 points.