Liverpool will be ready to rumble against Sydney FC, says icon Johnston

Liverpool legend Craig Johnston is convinced the Reds will be more feisty than faint-hearted in Wednesday night's clash against Sydney FC at ANZ Stadium, despite the game's exhibition status. 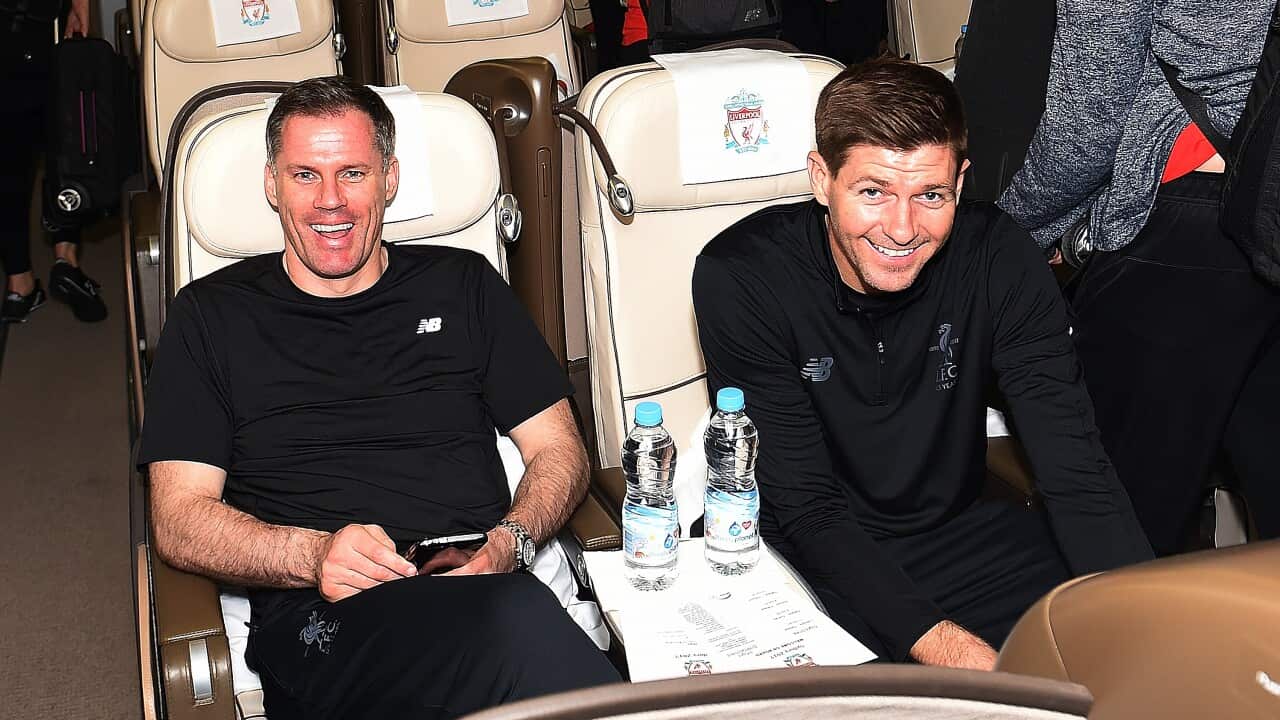 The 56-year-old pioneer, whose trophy-laden Anfield exploits back in the 1980s blazed a pathway for Australians in the English game, insists that even the likelihood of jet lag for a squad including retirees Steven Gerrard, Jamie Carragher and Steve McManaman, won't douse the Scouse fire.

The Merseyside men - not due into Sydney until Tuesday evening - will have less than 24 hours preparation time, having clinched a UEFA Champions League spot on the final day of the Premier League season by beating Middlesbrough.

But fierce pride on their latest Australian adventure, and coach Jurgen Klopp's warning to his players that they are "not on holiday yet", has Johnston anticipating a gritty duel against the A-League champions.

"Liverpool will be buoyant after having qualified for the Champions League, and I think that will be reflected in the way they approach the game," said Johnston, the winner of five trophies during seven seasons at Anfield.

"It would have been horrific if they hadn't qualified ... and I feel they will approach this game against Sydney FC in the right way.

"In all honesty, I have never been a big fan of friendlies but I feel there is a tide of change.

"A couple of years ago, I saw Chelsea come to Australia as champions to play Sydney FC and it was the most combative and entertaining fixture I have ever seen in Australia.

"It was authentic and players from both sides really got stuck in.

"What shocked me was that Chelsea had just won the league and Mourinho played basically his full strength team."

The game finished 1-0 to Chelsea, with Johnston, back on home soil, adding: "It was the best A-League performance I have seen and I expect the same here from Liverpool."

Klopp does not have luxury of being able to bring a full-strength squad, owing to the international call-ups of Philippe Coutinho and Emre Can.

That, though, doesn't dim Johnston's belief that the game, set to be played in front of a crowd in excess of 70,000, will be more than a mere marketing and merchandising exercise for Liverpool.

"Another positive pointer for me is Jurgen Klopp's post-match interview after the Middlesbrough game when he talked about being relaxed and relieved to have finished in the top four," Johnston said.

"But then Klopp added: 'we're going to Australia, then we're coming back and then we're having a holiday.


"It's what that little inference told me that they are going to take this very seriously.

"Little things like that go along way, so let's hope it's a really good and feisty performance by all concerned in front of a very savvy Australian football audience."

Johnston feels the mindset of the Sky Blues will also be telling, as they bristle with purpose and intent ahead of a game their players will see as a potential show-reel of their qualities.

"Imagine if you score three goals and do a whole bunch of good things then maybe Liverpool look at you and say "this kid has got something. There's a lot of motivation right there," he said.

While some have questioned the inclusion of the Reds retirees, Johnston sees only positives.

"These are not ordinary players," Johnston said.

"Stevie G and the others were not ordinary players ... it's good that they're here and it's part of the family, the heritage and history.

"I expect they will play at some stage of the match and I think it's a really nice touch.

"Liverpool are aware of the knowledge their fans in Australia possess and they love the way they are treated and appreciated here [in what is their fourth in a flurry of recent visits].

"They know the audience is savvier here than you might find in the US or Asia."

With his own history in youth development, both in Australia and elsewhere, Johnston is collaborating with the Reds to create pathways for kids which could ultimately lead all the way to Anfield.

"Liverpool are different to other clubs, they go deeper here and I want to make sure they do that," he said.

"They want to plan and leave a legacy which will make them different.

"They always have been here and we want to show that going forward."