A hard-fought slog of a race in the 2021 edition of Gent-Wevelgem for the men saw Wout Van Aert (Jumbo-Visma) claim his first classic of the season at Gent-Wevelgem from a seven-man sprint. 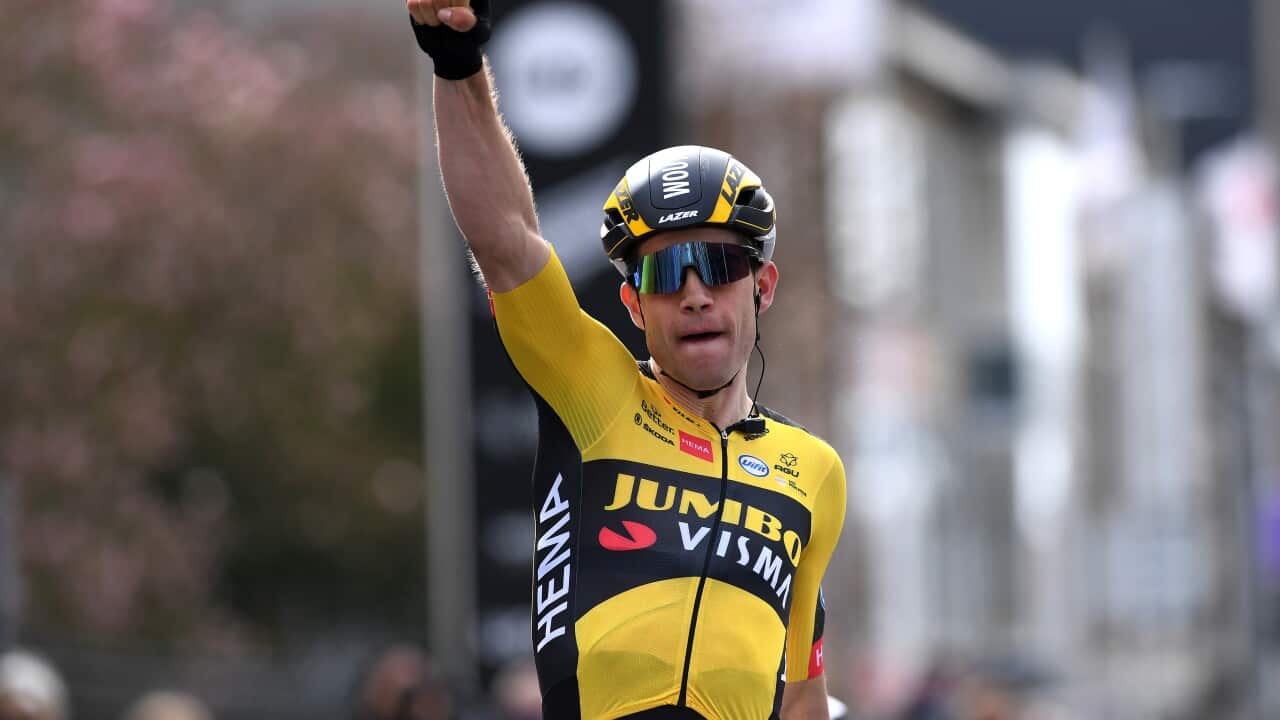 The Belgian was the quickest in a small group that was packed with quality sprinters, with Giacomo Nizzolo (Qhubeka Assos) taking a fast-finishing second and Matteo Trentin (UAE Team Emirates) taking third.

The seven riders had all been part of a larger group of 20 riders that forced their way to the front of the race in windy conditions during the first half of the exposed course around the fields of Flanders.


Advertisement
Van Hooydonck proved to be crucial to van Aert's chances, working throughout the stage to add to the front split's lead over the chasing groups before doing crucial work in the finale. After another van Aert surge failed to see the Belgian star go free, it was likely that the race would be decided in a sprint. Van Hooydonck neutralised a late move from Küng before leading out the group for the sprint, giving van Aert the platform to launch his winning sprint.

Van Aert jumped alongside a cramping Matthews, powering away to a good lead, and while Nizzolo came fast, he ran into some traffic and lost momentum that he wasn't able to recover in the tailwind sprint.

"It was a sprint at high speed," said van Aert, "we had a tailwind all the way back from the Kemmelberg and we were able to launch early enough. Everything went perfect and nobody came past.

“As it was only a group of about 20 guys, we still had to do a lot of turns. It was a whole day in the crosswinds, they never stopped actually. It was a massive effort, but definitely worth it.”

Matthews was the highest positioned Australian at the finish, taking fifth on the day.

"There were seven of us left in the final for the kick and I didn’t have the legs to win the sprint unfortunately," said Matthews, "but I gave it my best, the team did an awesome job today, so I’m looking forward to next weekend (Tour of Flanders) now.”