Elisa Longo Borghini (Trek-Segafredo) has announced that she will donate her Strade Bianche second-place share of prize money, the majority of which was raised through an additional crowdfunding effort. 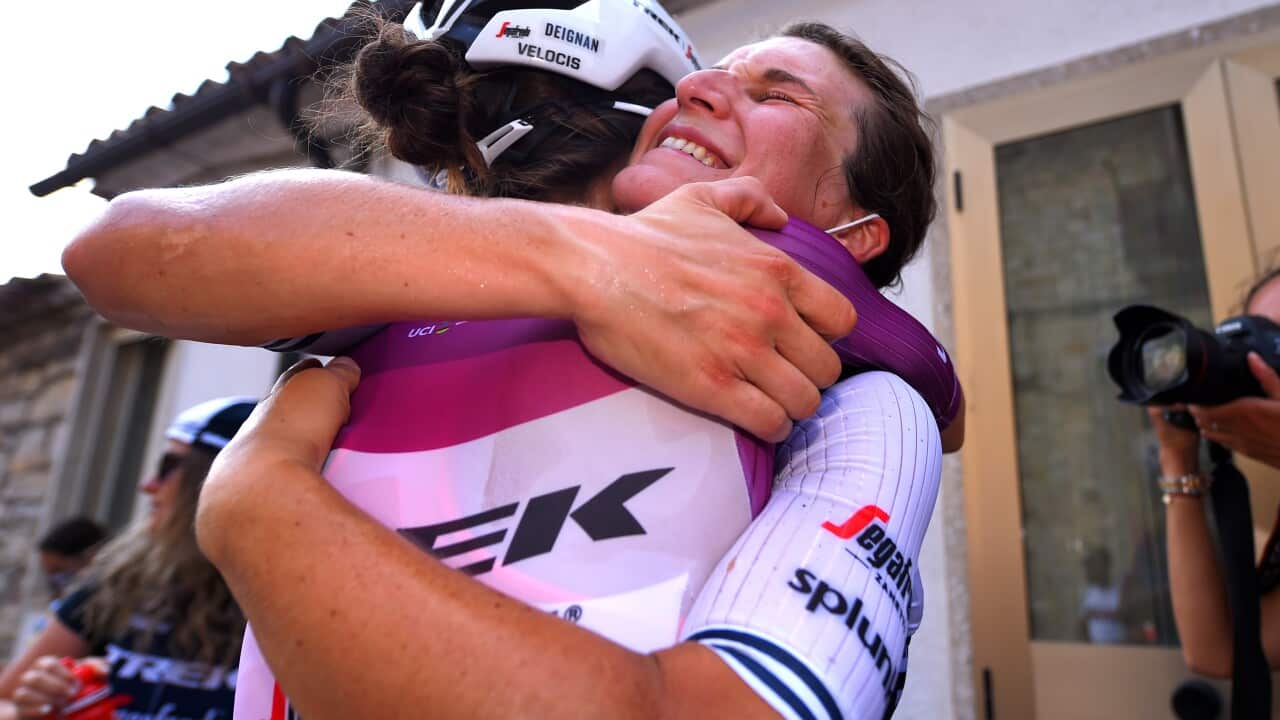 The Italian star of the sport finished second in Strade Bianche behind winner Chantal Blaak (SD-Worx), and made a decision along with her Trek-Segafredo teammates that all portions of prizemoney raised by crowdfunding would be donated to 'women's cycling projects'.

In response to the issue, recreational rider and cycling fan Cem Tanyeri launched a crowdfunding campaign which ended up raising €26,973 (AU$41,640) for the top five riders to finish the women's race at Strade Bianche.

"By raising a large amount we would like to show that there is great recognition and appreciation of the female pro field and as such they should be awarded equally to the men’s field," read the statement below the crowdfunding petition.

While Longo Borghini made it clear that she deeply appreciated the gesture, she would be doing more with the money by donating it to worthy projects rather than accepting it for herself.

"I'm honoured and touched, as a woman and as a rider, that someone was willing to donate money to support the cause of prize equity between women's and men's cycling," said Longo Borghini in a statement on Twitter. "This generosity is a vote of confidence, a great boost in support of the entire women's movement. Thank you, thank you from the bottom of my heart.

"To make this gesture even more important, my Trek-Segafredo teammates and I have decided that our prize shares collected through crowdfunding, starting with mine at Strade Bianche, will be set aside and committed to support women's cycling projects. We will soon decide how and where we will spend the money, but on this special day we think it's important, marking a new step in the long and difficult road of women's empowerment."

Anna van der Breggen is a leader within the women's peloton, the reigning road race world champion also recognising and hailing the gesture after her SD-Worx team took about half the raised extra money.

“We as riders from team SD Worx were surprised to hear that so many fans donated money, to achieve the same amount of prize money as the men," said Anna van der Breggen. 'The gesture is really generous and gives us the feeling that not only teams and riders want to bring women’s cycling to a higher level, but that the fans also want to be a part of this!"

Van der Breggen also said that the equalisation of prize money wasn't the most important issue for women's WorldTour riders, with the minimum salaries that have been brought in by UCI mandate offering a safety net of €20,000 (AU$30,875) which will rise to €27,000 (AU$41,682) in 2022, the same as the men's ProTour (formerly Pro Continental).

“We also want to say that prize money isn’t the most important thing for riders who are part of a UCI WorldTour team, because we already receive good salaries," said van der Breggen. "We hope your prize money gesture will further show the UCI and organisers that our races deserve to be broadcast for our fans. More exposure for our races is the most important thing to grow women’s cycling in the coming years.

“So we want to thank everybody a lot for the support and hopefully your efforts will lead to the attention that women’s cycling deserves.”

Trek-Segafredo have led the way when it comes to equality between the men's and women's side of the sport, with an off-season confirmation that the women's team salaries are all above the men's WorldTour minimum.