Luongo in action as QPR slip up against Wolves

Australia attacker Massimo Luongo played a full game as his Queens Park Rangers side slipped to a 2-1 Championship defeat against Wolverhampton Wanderers at Loftus Road. 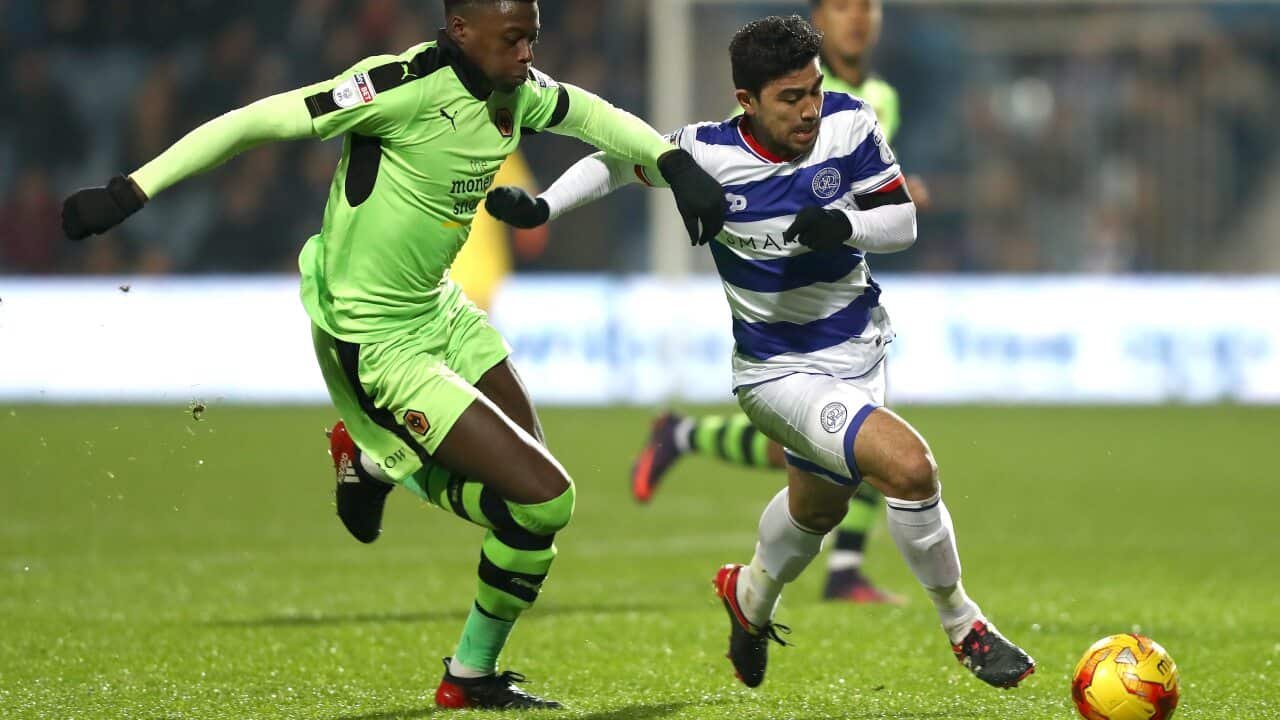 Luongo picked up a yellow card as Paul Lambert secured his first win as Wolves manager - the former Norwich City boss took over the post on November 5 after Walter Zenga's departure and only managed a draw and a defeat from his opening two games, but this was a profitable trip to west London.

QPR were reduced to 10 men after 35 minutes when James Perch was shown his second yellow card of the game, and Wolves broke the deadlock on the hour mark through Dave Edwards's first-time shot before doubling their lead just six minutes later through Helder Costa.

The home side battled back in the last 10 minutes and mustered a consolation goal when Joel Lynch beat substitute goalkeeper Andy Lonergan.

Advertisement
Both managers rang the changes to their starting XIs with QPR boss Ian Holloway making three changes after the 3-0 loss to Ipswich Town and Lambert changing five players, including goalkeeper Carl Ikeme who would go off injured late on.

QPR had a strong shout for a penalty just before the half-hour mark when the ball appeared to touch the arm of Wolves defender Matt Doherty in the box but the officials waved away the appeals.

The hosts looked to be in control of the game but it was turned on his head after 35 minutes when Perch was sent off for a second yellow card.

The 31-year-old, who had been booked early in the match for dissent, brought down Doherty with a mistimed lunge and referee Tim Robinson had no hesitation in issuing a second booking.

Wolves, who were without a league win in nine games before kick-off, tried to make the most of having an extra man yet it was the Hoops that started the second half the stronger side.

As the 10 men of QPR began to tire, Wolves picked up their attack and on the stroke of the hour mark the visitors finally found the back of the net.

Dominic Iorfa made a run down the wing and his cross into the box fell to Edwards whose first-time volley went past everyone on its way into the net.

The midfielder went close to a second just five minutes later but his shot was blocked by a low diving save from Alex Smithies, however just a minute later Wolves doubled their lead.

Costa collected the ball outside the area and after dummying the QPR defenders twice, found the bottom corner.

The game looked won but QPR found an extra burst of power and in the 90th minute Lynch gave Holloway's men a glimmer of hope when his shot went past Lonergan.

But it was too little, too late for the home side who, despite seven minutes of injury-time, could not find a leveller.