A 15-year-old Olympique Lyonnais fan is set to face court after the Ligue 1 club decided to sue him for taking an on-pitch selfie with star players Memphis Depay and Alexandre Lacazette. 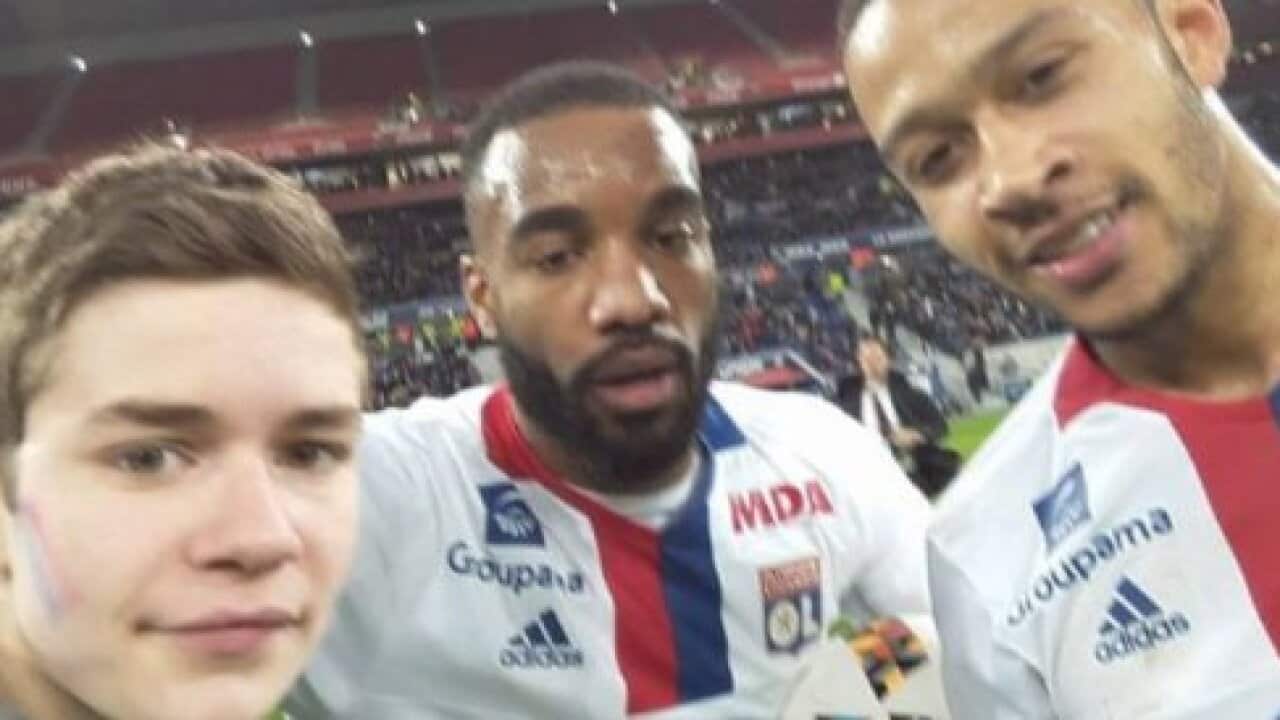 A 15-year-old fan is in strife after taking an on-pitch selfie with Olympique Lyonnais star players Source: Twitter

The teenager ran onto Lyon's Parc OL pitch after the French club scored the fourth goal in the 90th minute of their comeback 4-2 win over Dijon on February 20 (AEDT).

But now the 15-year-old's decision to celebrate by taking a selfie with the Lyon stars could now prove costly.

Advertisement
While the unnamed younger's actions have been labelled a 'stunt', Lyon have come under fire for deciding to sue him.

"This young boy is 15. He wanted to celebrate with his heroes Memphis Depay and Alexandre Lacazette after they scored their fourth goal against Dijon last week, BT Sport and French journalist Julian Laurens said.

"So he ran on the pitch, took a selfie with Lacazette (and Depay) and now Lyon are taking him to court, suing him!"

It is unclear what the 15-year-old will be charged with, but a club spokesman told AFP "we have made a complaint on principle to dissuade [people] and protect everyone’s security."

Lyon are currently in fourth place on the Ligue 1 table, a whopping 13 points to third-placed Nice, and three further back from competition leaders Monaco.