A Brandon Borrello goal in the 75th minute provided Brisbane Roar with a 2-1 win over Perth Glory at Suncorp Stadium. 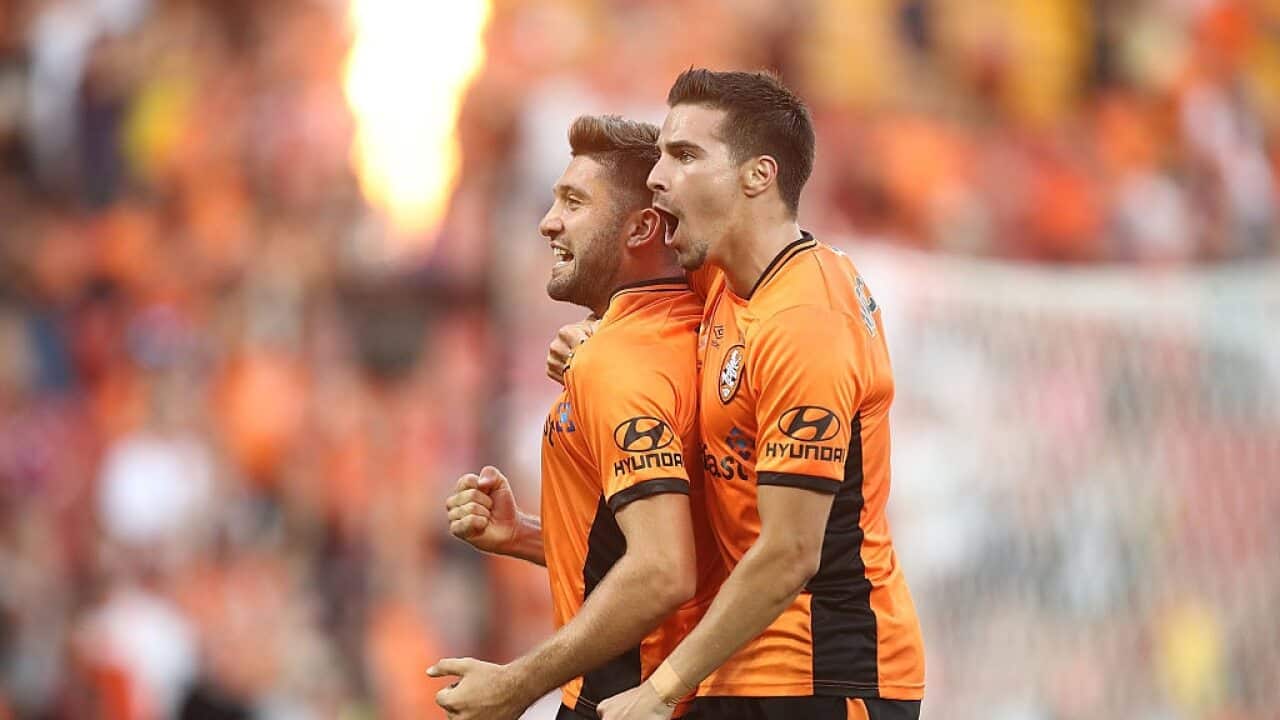 The last time the two sides met was in February last season in a nine-goal spectacle with Perth getting the better of Brisbane 6-3 at nib Stadium.

Things didn't go to plan for Glory manager Kenny Lowe, who was forced watch from the stands as he served the first of a two-game ban for referee abuse, with captain Rostyn Griffiths forced to the bench in the 26th minute after taking a Brett Holman elbow to the face earlier in the match.

Brisbane meanwhile started the match on the front-foot with Thomas Kristensen having the first attempt of the match six minutes in after latching on to a beautifully timed Brett Holman pass to the trailing Dane, only to find Dino Djulbic perfectly placed to block.

Advertisement
After three A-League matches without a goal, Jamie Maclaren opened his account in the 31st minute, running onto a beautiful Corey Brown cross to power the ball past Liam Reddy.

Speaking after the match, John Aloisi said it was only a matter of time for Maclaren to break his drought.

"I wasn't worried about if he's feeling nervous or anything like that. He's been looking sharp," Aloisi said.

"I just said to him, keep on doing the right things like you have been and the goals will come.

Perth rebounded in the second-half with Rhys Williams, playing in a somewhat unfamiliar position of defensive-midfield, assisting Nebojša Marinković, tapping the ball forward in an ideal position for the Serbian who found the back of the net from just outside the box past a helpless Michael Theo.

It would be a Borrello's goal with 15 minutes of regular time to play that would ensure that this would end as Brisbane's match.

The Roar countered off a throw-in, with the winger speeding past the Glory's central defenders, finishing with authority from inside the box, ending Perth's unbeaten run.