He's not needed at Perth Glory anymore but international football is beckoning for Mitchell Mallia, with Malta offering the winger the chance to mix it with Europe's elite. 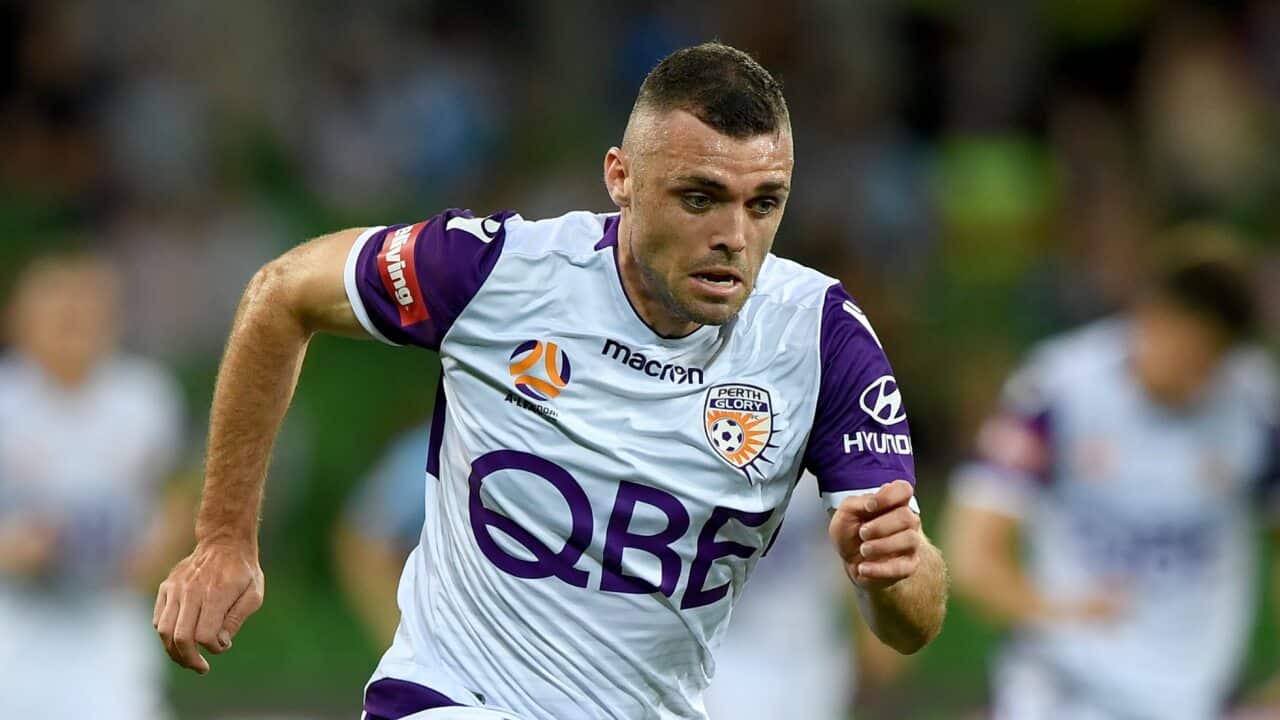 In the same week that the former Central Coast Mariners, Sydney FC and Blacktown City flier was told that Joel Chianese's return from injury signaled the cessation of his short-term contract came an email from the Malta FA.

It sought to clarify that his Maltese citizenship had been granted, paving the way for an unlikely career twist.

Mallia has been invited to a camp in March as the world's 190th ranked nation, who finished bottom of their qualifying group for Russia 2018, seek to rebuild for the Euro 2020 qualifying campaign.

Advertisement
Mallia is poised to follow in the footsteps of fellow A-League products John Hutchinson, the former Central Coast skipper, and Melbourne City's Manny Muscat in representing the land of his parents.

Recently appointed Belgian coach Tom Saintfiet is casting his net far and wide in the quest for talent, with Mallia explaining: "I received an email the other day making sure my citizenship papers are in order and I'm excited at the prospect of joining up with them.

"For me, it's a great opportunity to maybe play in some Euro qualifiers and friendlies against some of the world's top teams."

Saintfiet is reversing the policy of predecessor Pietro Ghedin, who opted to pick only European-based players, a decision which curtailed Hutchinson and Muscat's involvement with the Maltese national team.

With Mallia's 12-week Glory contract now done, the Malta call has instilled a sense of urgency in finding a new club.

"I need to do whatever helps me to get better and gives me the best chance of playing for the Maltese national team," he said.

"They were first interested when I was at Blacktown and although I didn't get much game time with Glory I was happy with how I went.

"Adding up all the minutes, I only really played a game and a half but I still managed one goal and one assist.

"And I had some good impact coming off the bench.

"I did get a bit frustrated towards the end but I'm looking forward now and another A-League chance would be ideal.

"If not I could also end up back at (NSW NPL club) Blacktown."

He knows that Malta will only pick him if he's fit and firing.

"They want you fit and playing regularly at a good level heading to those training camps," he said. "I thought I would come to Perth and be learning heaps but it didn't quite work out that way.

"But I managed to get back on the national stage and get some exposure.

"So I am still looking for the next adventure."

One similar to that of Hutchinson, who came up against Cristiano Ronaldo's Portugal during his brief taste of European football between 2009 and 2011.

"He said his time there was excellent. He played against Ronaldo and he also played against Germany," said Mallia.
"All it takes over there is one good game with the right people watching, and your career can take off."