Manchester City have agreed to sell Socceroos star Aaron Mooy, with a switch to a Premier League rival set to be concluded within two weeks. 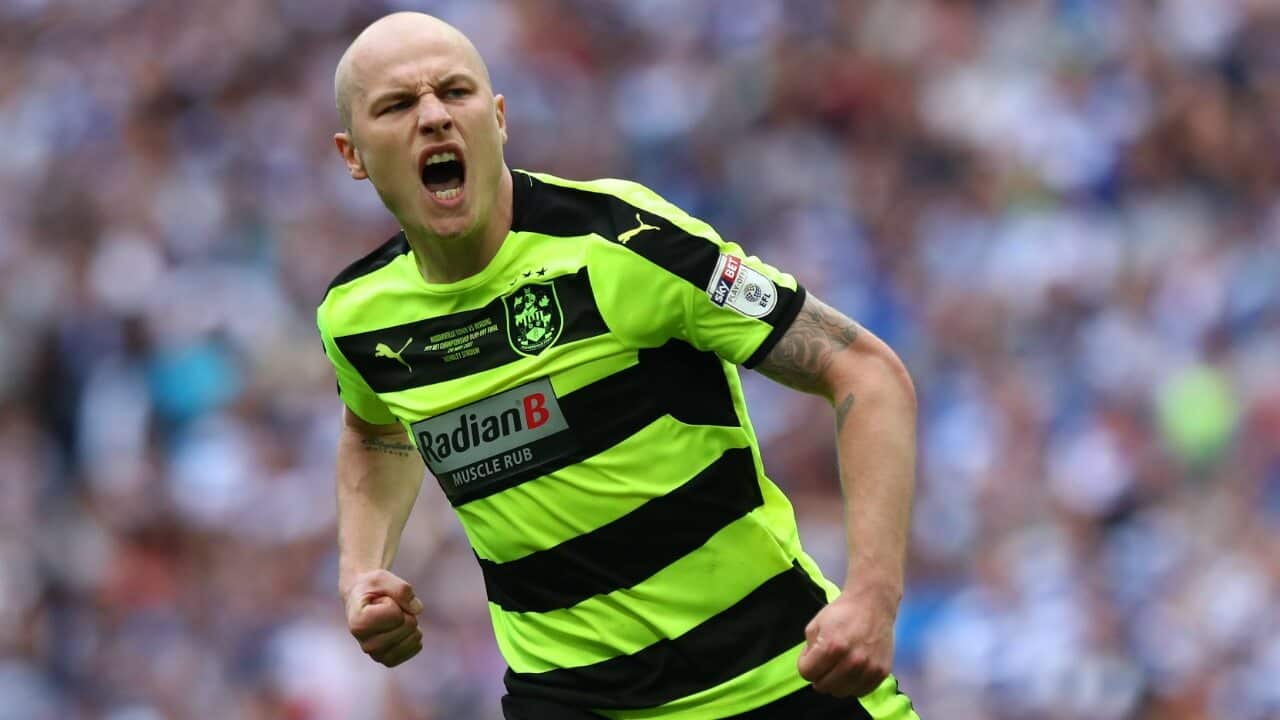 Coach Pep Guardiola had been considering recalling the 26-year-old for pre-season training after his heroics for Huddersfield Town, but the final determination is to instead cash in on an asset they acquired for a pittance from satellite club Melbourne City.

It's anticipated that Mooy won't be allowed to leave unless City receive a bid in the region of $15 million.

Mooy's agent is in the UK discussing personal terms with at least two Premier League suitors after a meeting on Wednesday with City's director of football Brian Marwood gave the green light for the sale of the midfielder who shimmered this season on loan for promoted Championship side Huddersfield.

Stoke, West Bromwich Albion, Southampton and Bournemouth are also reported to be interested

It has also now been confirmed that The Terriers, for whom Mooy played 51 times and took out player-of-the-year honours, have expressed a strong interest in signing their inspirational number ten on a permanent basis.

"If Manchester City get a good offer for Aaron they will consider it and they have encouraged those clubs to contact them," said Dominguez.

"This is not really anything to do with us ... the negotiations will be between Manchester City and whoever comes forward.

"I am actively negotiating personal terms for Aaron with a couple of clubs who were waiting respectively for Aaron to get the Championship playoff final out of the way first.

"I've sat down with Aaron and we've discussed the things he wants for his future.

"But obviously the valuation (transfer fee) is between City and whoever bids.

"I don't think things will take long ... I think his future could be settled within 14 days."

All of which means Mooy's next destination could be determined while he's on the other side of the world on international duty for Australia, first against Saudi Arabia in next Thursday's vital 2018 FIFA World Cup qualifier in Adelaide, followed by the friendly against Brazil in Melbourne.

He then returns to Europe for the FIFA Confederations Cup in Russia.

Dominguez confirmed there was also interest from mainland Europe for Mooy, who is a year into a four-season deal at the Etihad thought to be worth $4 million a year.

But Dominquez indicated his preference might be to remain in England and fulfill a dream of playing in the Premier League.

"With all respect to the big leagues across Europe, if he has a chance to play in that competition (Premier League), it's something he's geared up for now after a season in the Championship," said Dominguez.

"His family are settled in the UK, and that's the support network around him.

"You never discount anything in football should the right club come along, but right now the focus is on England."

Dominguez revealed that Huddersfield, who had not previously declared their hand, had made contact with City.

"I assume they were waiting to see what their future looked like but I don't believe anything in detail has been discussed as yet."

Dominguez expects coach David Wagner to stay with the Terriers after concocting their promotion fairytale, amid overtures from the Bundesliga.

The German has been a mentor and transformational figure for Mooy, with Dominguez saying: "He's helped Aaron go to the next level this year and the coach of whichever club he plays for has a very big role in Aaron's thinking.

"Aaron and David have a very trustful relationship and if he was to leave Huddersfield we would have to sit down and have a look and see who is the next coach who comes in.

"But I find difficult to believe that a coach who has done what he has done would depart.

"It's such an amazing story and you would think he would want to continue that story, but of course that's totally up to him."

Mooy's final call will hinge on playing each week.

"His continued improvement is based on playing week in week out and that's a very critical part of the decision Aaron will make," declared Dominguez.