After famously placing entertainment ahead of results last season, Central Coast Mariners owner Mike Charlesworth has put coach Tony Walmsley on notice that further failure will not be tolerated. 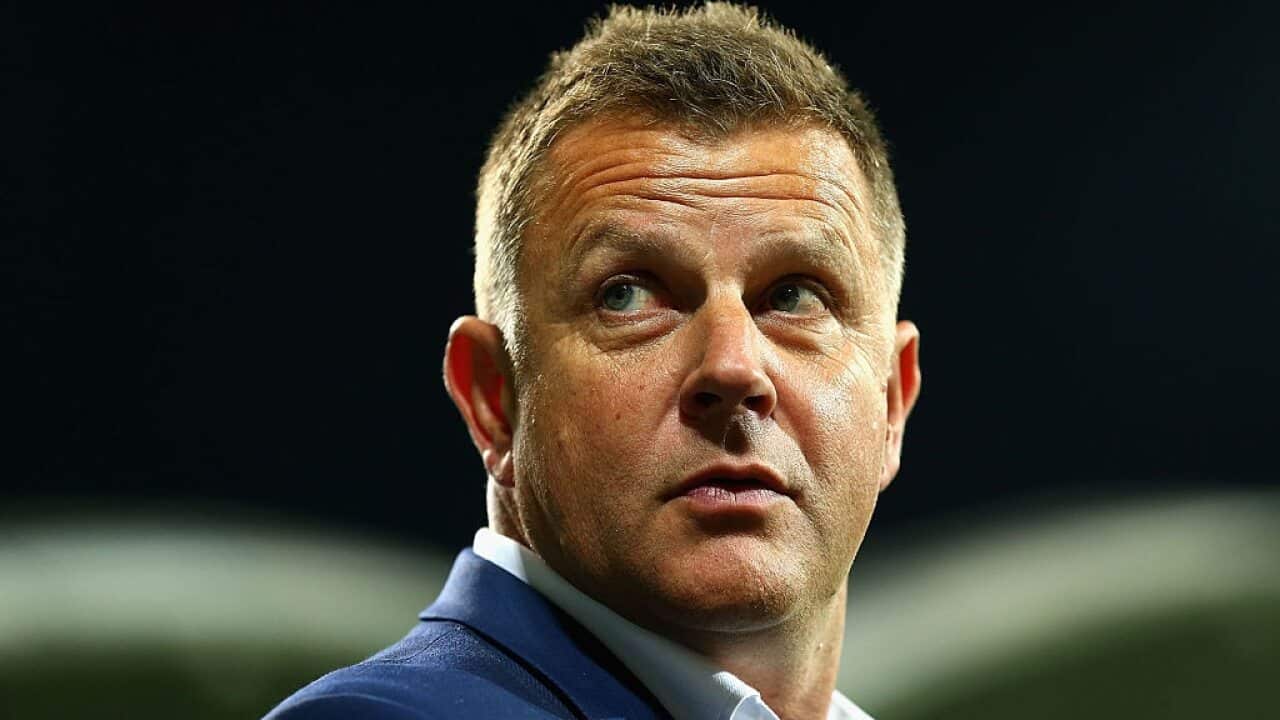 Walmsley presided over a wooden spoon season which brought just three victories for the Mariners as they became the whipping boys of the A-League.

And while prepared to give the Englishman a second chance to guide a squad already bolstered by the signings of the former Sydney FC trio of Jacques Faty, Mikael Tavares and goalkeeper Ivan Necevski, Charlesworth is expecting a drastic change of fortunes.

If that doesn't happen Walmsley cannot expect the largesse he was afforded last season when the Mariners accumulated just 13 points in losing 20 of their 27 games to finish 12 points adrift at the bottom of the ladder.

Advertisement
“Stability is a good thing but I don’t think any coach believes they are not sackable," said Charlesworth.

"There’s always that possibility in any well paid position. The axe is always there in the background if you under-perform.

"But it should also be said that last season Tony was working on budgets way below anybody else, and whether you take that as an excuse or not, it was certainly a contributing factor in why we finished as poorly as we did.

"We also gave a lot of young players opportunities and game time that they wouldn’t have got elsewhere."

While Charlesworth’s entertain-at-all-costs braved of last season raised some eyebrows, he is now intent on both entertaining and winning.

"I don’t think we will ever be a team that tries to play anything but entertaining football," he said.

"However, we do have to get results ... that's for sure. In doing that we won't be playing dull football, I can assure you.

"What we will not be doing is going back to a stifling defensive style of football (which Charlesworth believes was perpetrated by former coach Phil Moss) because, in the long run, that would have a detrimental effect.

"So we would expect that those players we gave a chance to last year would be better for that experience, and that combined with some more experienced heads in the club should give us a stronger platform for next year.”

Charlesworth acknowledges that errors were made across the board last season and is acutely aware that it’s vital to the club’s long-term survival to make sure further calamities are avoided.

“We realise that mistakes were made and are determined to resolve those and have a really successful season next year,” he said.

“You learn a lot through difficult times and we have learned a lot in last 12 months. We’ll be hell of a lot stronger next year."

With no club sacking a coach last season, Charlesworth dearly hopes not to break the mould.

“We are trying to build a sustainable business and chopping and changing (coaches) is not always the right thing to do for every club, and right now in our evolution it’s probably not the right way to go," he said in confirmation that Walmsley will have that chance to redeem last season's dire outcome.