Mariners end 2015 on a high with victory over Phoenix

The A-League's bottom side Central Coast Mariners gave their fans something to cheer on New Year's Eve with a 3-1 victory over Wellington Phoenix, but the win was marred by an vicious Roy O'Donovan headbutt on Manny Muscat, that avoided a red card. 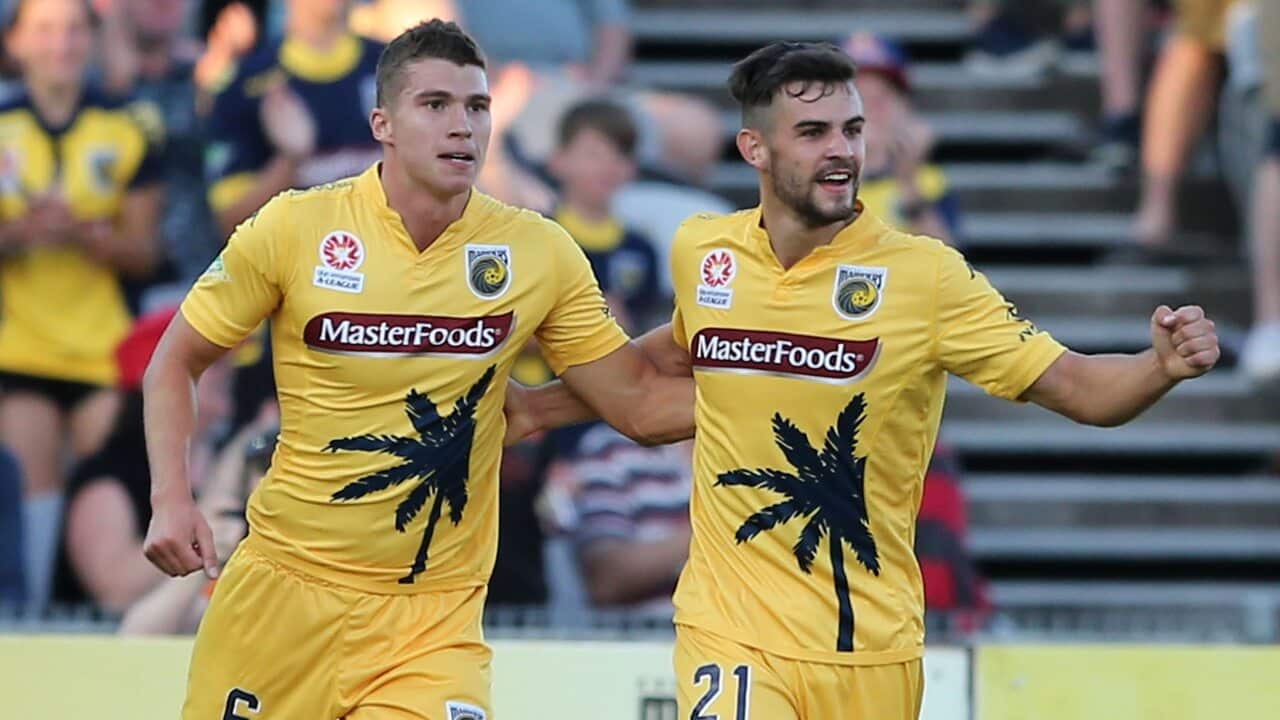 The Mariners took a 2-0 lead into the break after penalty from Fabio Ferreira and a goal from Mitch Austin.

However, the contest turned sour in the second half when O'Donovan deliberatlely headbutted Phoenix defender Muscat, in what appeared a reaction to swinging arm. The Irish striker was given a booking aftewards.

Advertisement
Phoenix responded through a Blake Powell goal, but Michael Neill secured the three points for the Mariners with a late strike.

Central Coast were missing a number of regular starters, but did include exciting attackers Ferreira and Austin from kick-off.

In front of 10,073 fans, the Mariners made a bright opening, but it was Phoenix that looked like more likely to score early in the first half.

Yet midway through the first period it was Central Coast that had the chance to make the breakthrough, after Austin's deep cross found Ferreira.

While the Portuguese winger's volley was blocked, Josh Rose was brought down in the box as Muscat won the ball, and the host's were awarded a penalty.

Ferreira stepped up and calmly slotted the spotkick into the roof of the net to make it 1-0.

The bottom side then doubled their lead on the half hour. A ball over the top was latched on to by O'Donovan, who burst into the box and squared it for Austin. The Mariners winger slid the ball past a stranded Glen Moss to secure a 2-0 half-time lead for the home side.

Wellington threw players forward in the second half in an attempt to peg back the defecit, yet the Mariners cotinued to look dangerous on the counter attack.

Just before the hour, O'Donovan escaped a red card after he deliberately headbutted Muscat, in reaction to a swinging arm from the Phoenix defender.

After an ensuing melee, O'Donovan and Andrew Durante were given yellow cards.

Wellington responded by reducing the defecit on 67 minutes. Matt Ridenton sent a low ball across the six-yard box that was met by Powell at the far post, who tapped in to make it 2-1.

But any hope of a Phoenix fightback was ended 20 minutes from time as Neill stole the ball on the edge of the box and fired a shot into the bottom corner of the goal to restore Central Coast's two-goal lead.

The triumph was the Mariners first win in three months.