Roy O'Donovan isn't bothered by the prospect of playing some matches in extreme heat over the summer, saying he knew what the conditions were like before he signed up for Central Coast Mariners and that he was just going to get on with it. 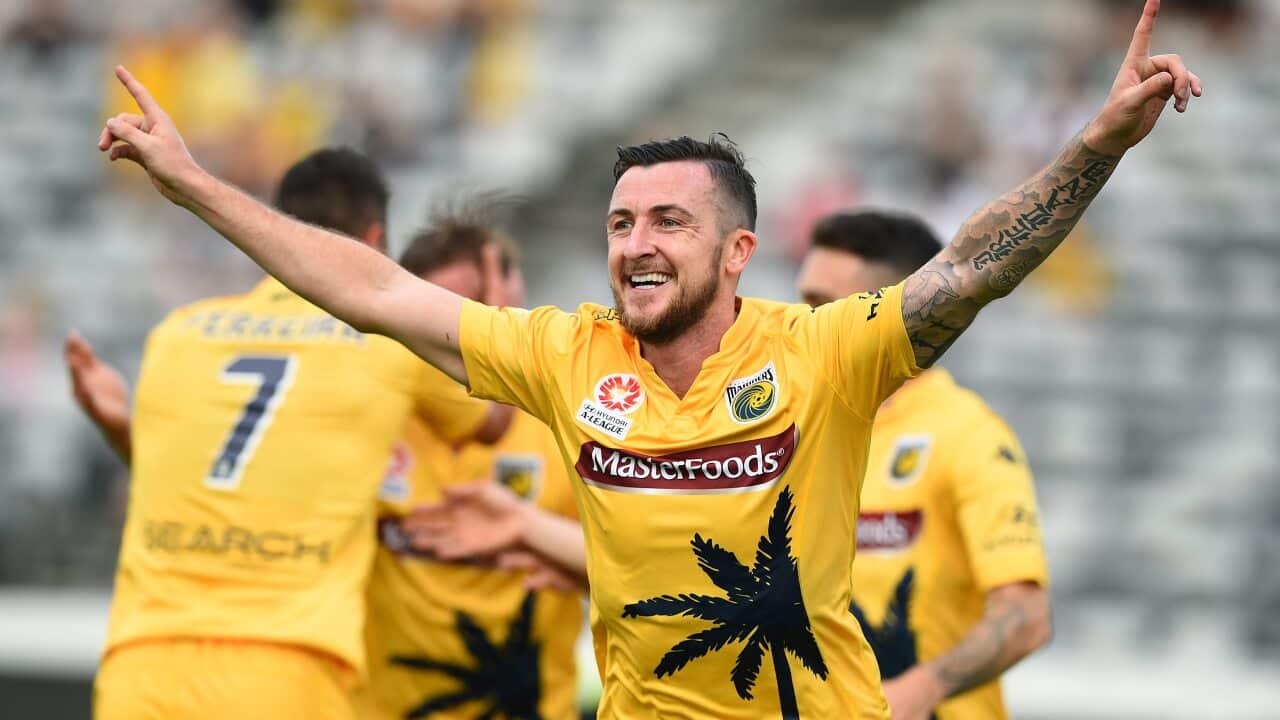 The Irish striker is one of those players you could understand being concerned, since he obviously isn't used to playing conditions anything like that back home.

The debate over playing matches in extreme heat ignited again after Perth Glory and Sydney FC players struggled in 34-degree conditions during a 4.30pm kick-off game in Perth last week.

But when asked by The World Game how he was handling the heat in training and whether he was concerned about playing under a very hot sun when it comes to that, O'Donovan replied: "Yeah, it's not too bad, to be fair. I got kind of used to the heat playing in Singapore last year.

Advertisement
"I think it's OK. We don't play any games too early, you know, so I think we should be OK on match days.

"There will be some games that are going to be harder than others with the conditions, but, you know, this is Australia, you've got to grin and bear it. You're not going to change the weather. You can change countries if you want to, but otherwise just get on with it.

"Play in the conditions and get used to it. It's the same for both teams. Sometimes, mentally, you've just got to get through these kind of things and I think I had my head around this before I came to Australia.

"It's par for the course in the A-League to expect hot conditions for some games. It's up to the players to adapt to that and still put some good football in on the pitch."

O'Donovan said he had faith in the FFA, which uses the Wet Bulb Globe Temperature index to decide whether it is safe to play or not, and the referees to make sound decisions in this area.

"I'm not too clued up on the intricacies of how they make decisions according to the heat, but I presume the referees, because they're in the game as well, know the conditions they're having to deal with," he said.

"They have water breaks and that's all you can do, really. You're kind of set up for the TV audience anyway, so there isn't much that is open to change. That's just the way it is and there's not much you can do about it, but it's the same for everybody.

"Take the water breaks and make sure you use the halftime break as well as you can to recover and rehydrate in the shade."

Mariners won't have to worry about the heat for their 5pm kick-off against Western Sydney Wanderers at Central Coast Stadium on Sunday, with a top of 27 degrees and a possible shower forecast for the day.

O'Donovan, the leading goal-scorer for Central Coast with three, said the eighth-placed team should be doing better and needs to start getting results.

"We've had some chances to win games that we haven't taken," he said. "There have been times when we were putting teams to the sword, but then we would over-complicate things and take too many passes when a more direct approach would have been better.

"I think, sometimes, a bit of penetration, go straight for the throat, especially when the opposition is on the ropes.

"We're a very youthful team overall and probably a bit naive and I think in professional football and first-team football you've got to learn quickly. Hopefully in the next three to four weeks we can really start to use the lessons we've learned and try to get some 'Ws' on the board.

"I think we're definitely getting there, but it hasn't gelled together as well as we would have liked just yet. We've been missing some players through suspension and injury and that hurts when you've got a small squad like we do. You need your best XI out there and others pushing for spots.

"The manager has changed the shape, changed the formation a few times and we're getting there. We're finding out more about ourselves and the opposition as the season goes on."

Wanderers have won four games straight and O'Donovan said Mariners were well aware how difficult a game this will be.

"They're playing terrific, especially the last couple of rounds," he said. "They've really turned the corner. They're the hot team at the moment in the A-League, so it's going to be a difficult game.

"It's up to us to come out with a very strong home performance and show we really want to stand up to be counted."