Central Coast Mariners executive chairman Peter Storrie has arrived back in Australia to drive the club's bid to become the first A-League side to own their own ground. 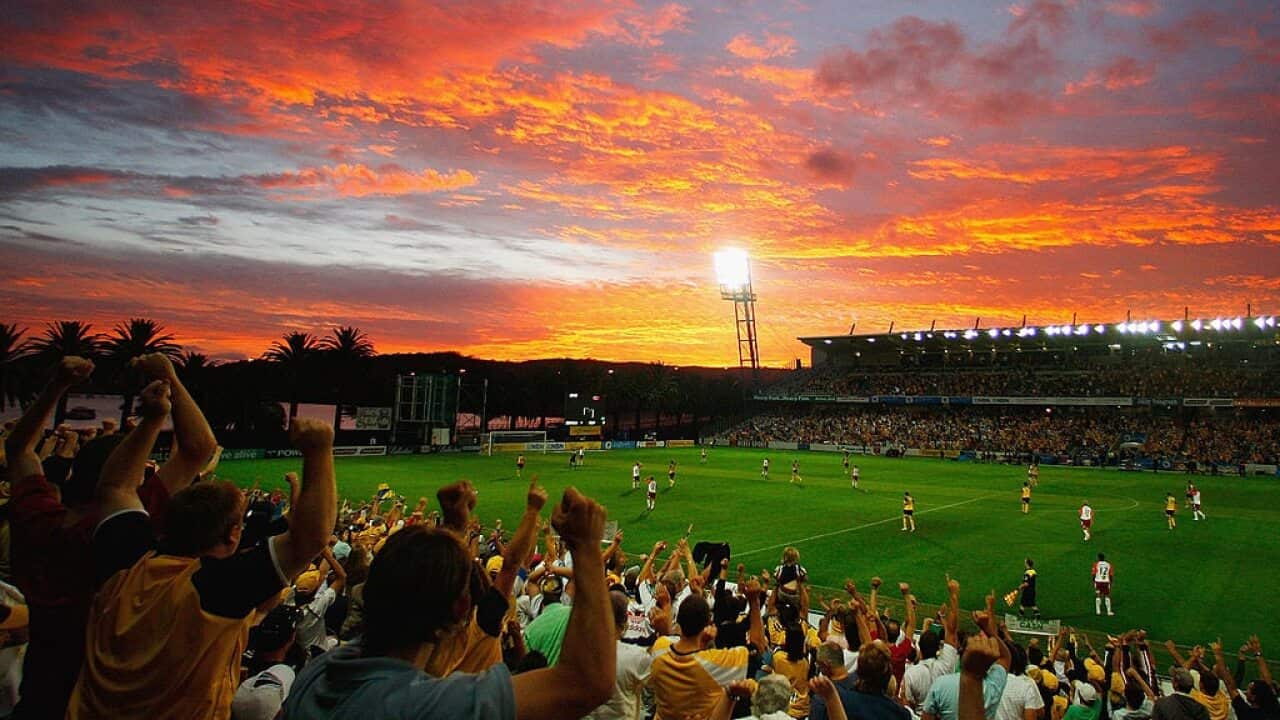 Mariners chairman Mike Charlesworth has approached Gosford City Council with an offer to either acquire Central Coast Stadium outright, or at the very least its' management rights, in a visionary attempt to create what he says could be the “best sole purpose football ground in the country”.

But despite council yet to offer a formal response due to the amalgamation of Gosford and Wyong councils resulting in the region being run by administrator until September, the club is continuing ramping up its attempt to get an answer in the affirmative.

Charlesworth’s vision for the stadium includes: an upgrade its corporate facilities, improving merchandise and food facilities for supporters, installing yellow seats, Wi-Fi and removing the BEARS insignia, as well as upgrading its big screens.

Advertisement
There are also plans to create a retail precinct for fans on Brisbane Water.

With the Mariners already owning their own training facilities at their centre of excellence in Tuggerah, Charlesworth sees acquiring stadium ownership as the next logical step.

“We badly want to invest which we can’t do at the moment and that’s a ludicrous situation in many respects,” he said.”

"Our intention is to improve the product we are offering our fans.

"As things stand, we can’t even control food and beverage and ticket sales through the stadium ... we control very little.

"From a fan engagement point of view, leaving aside facilities, we are very limited in what we can do.

“We want to build the best and most sophisticated purpose-built football stadium in Australia.

"I think it’s achievable but we have to have a large measure of control of the product to be able to do that."

Charlesworth said that being the A-League's smallest club in terms of its population and membership base was fueling the quest to explore other revenue streams and "go the extra mile".

"The council are trying to decide what direction they are going in and Peter's priority is to sit down with them and hopefully push this forward," he added.

"We need to think far beyond just building memberships because we will never attain the numbers of a Melbourne Victory, for instance.

"But what we can do is be more creative and aggressive in generating revenues through other means. So, in the future, it’s not inconceivable that from a commercial point of view the club is bigger than Victory in several years’ time.

"But that would be through other means like management rights for the stadium."

The Mariners, who are effectively the stadium's sole tenant, have yet  to name a figure but are prepared to make a significant offer  with Charlesworth, adding: “What’s good for us and is good for the community. We are deadly serious about this.

"I think council realise it’s a problem for them and the stadium hasn’t always been managed properly and effectively over the years.

“I think they know how need to do something   about it, so we will see how serous they are.”

Charlesworth takes inspiration from the US model, where each club in the MLS now owns their own ground.

“Going back 15 years they were all playing in other people's stadiums, they were too big and too expensive,” he said.

“They started to invest in small purpose-built stadiums which they could see commercial returns from.

“That’s probably the biggest reason for the turn-around in the success of the MLS.

“It’s a stadium strategy we don’t have in Australia yet but if we can break that mould I think it would be a great example to other clubs.

“Running your own stadium also puts emphasis back on the clubs to deliver a better stadium experience for fans.

"We talk about fan engagement but cold meat pies and overpriced chips isn’t a great product. If you are accountable for a product then you can fix it.

“Right now we can’t use Wi-Fi in the stadium, we can’t do a thing. We rent it as is.  But we are a commercial enterprise and I feel we are better equipped to attract other content into the stadium than council is.”