Marseille will meet Paris Saint-Germain in next month's Coupe de France final after a solitary Florian Thauvin goal was enough to see off a disappointing Sochaux side 1-0. 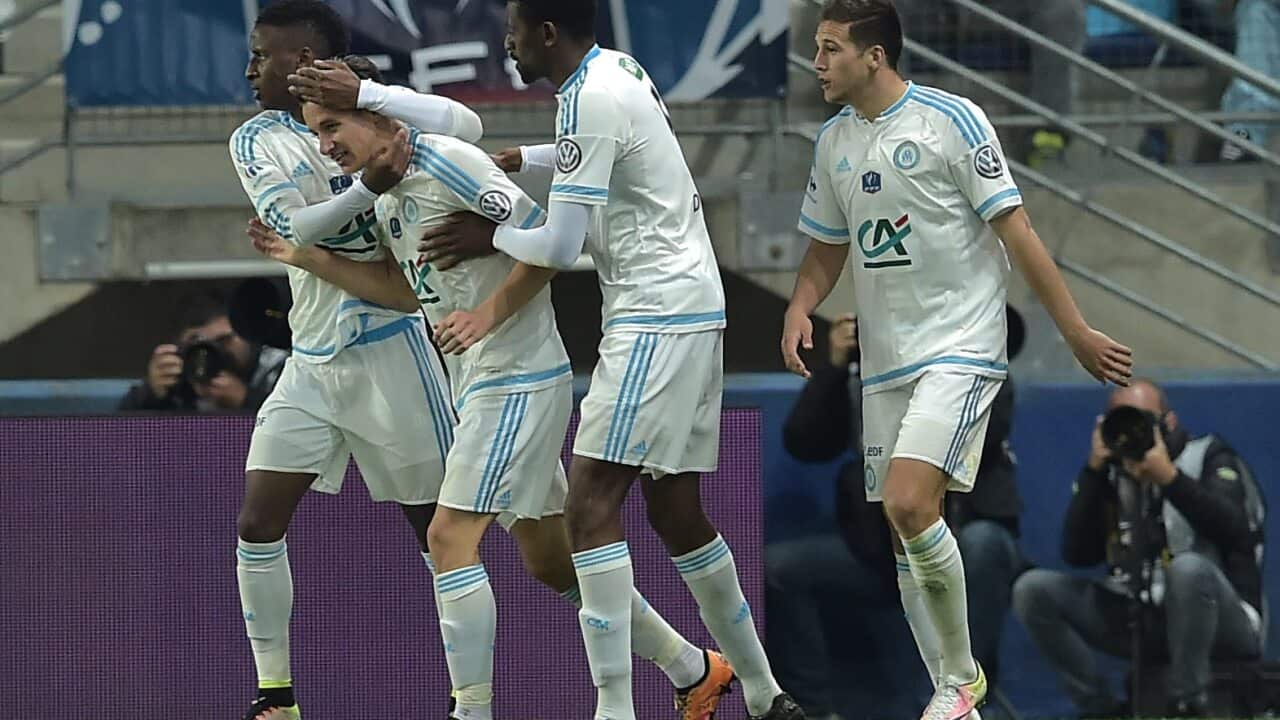 Newly-installed Marseille boss Franck Passi took charge of his first game since Michel's suspension earlier in the week and, despite putting in a mediocre performance, his side did enough to reach their first final since 2007.

Advertisement
In what proved to be a lacklustre opening 45 minutes chances were few and far between as Sochaux stood firm against their Ligue 1 opponents.

Marseille almost capitalised on some poor defending midway through the half when Florian Martin gifted possession to Kevin Georges-Nkoudou but the former Nantes forward's 25-yard drive was gathered by Olivier Werner despite the awkward bounce.

That was the only work the hosts' goalkeeper had to do in the first half as both sides returned to the dressing rooms at the end of a goalless 45 minutes.

However, Passi's first half-time team-talk since replacing Michel earlier in the week did the trick as l'OM made the decisive breakthrough just four minutes after the restart.

On a quick counter-attack, strike partners Michy Batshuayi and Steven Fletcher combined to slip Florian Thauvin into the right side of the area and, after holding off a challenge, the former Newcastle United man powered an effort just inside Werner's near post.

Sochaux were struggling to make any impression on their opponents' back four and it was Werner who was to be tested again after Fletcher's drilled effort from the edge of the area forced a smart save.

Marseille were the only side to ever look like scoring as the final whistle approached but Batshuayi was guilty of some woeful finishing from six yards out after meeting Benjamin Mendy's inviting delivery.

Then, with added time looming, only a superb point-blank save from Werner denied Batshuayi again before Thauvin saw his follow-up pushed off the line.