Argentina midfielder Javier Mascherano has denied that a rift has opened between the players and coach Jorge Sampaoli after their 3-0 FIFA World Cup defeat by Croatia on Friday (AEST). 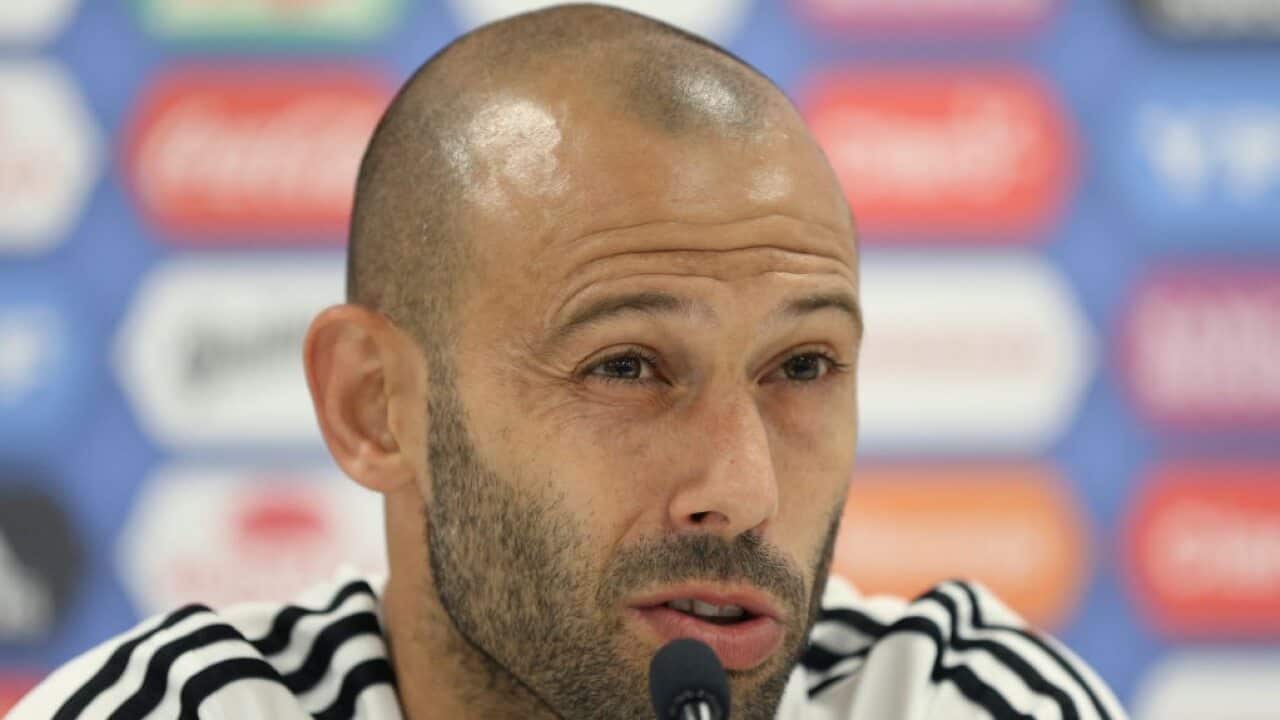 The loss to Croatia, Argentina's heaviest in a World Cup group stage match since 1958, put the 2014 runners-up in serious danger of a first round exit before Nigeria's 2-0 win over Iceland gave them a lifeline.

However, Argentina must still beat Nigeria in their final Group D game on Wednesday morning (AEST) to stand a chance of reaching the last 16 and keep alive five-times world player of the year Lionel Messi's dream of winning a World Cup.

"The relationship with the coach is totally normal," said Mascherano, who at 34 is one of the most experienced and influential players in the squad.

"Obviously, if we feel uncomfortable about anything, we let him know ... and that goes for the players on the bench as well as the ones on the field."

Mascherano said he had played under eight national team coaches in his Argentina career and none of them had complained afterwards that the players had picked the team.

"There are many myths about the team and about this generation," he said.

"We need to be very optimistic. Believe it or not, we are World Cup runners up and at some point we have to show that. If we don't say what we think, we're going to get to the game with a lot of insecurities.

"The aim is for everyone to give their knowledge and experience so that the team can rise again. I still believe a lot in these players that have taken us to three finals," he said, referring to one World Cup and two Copa America finals.

"I'm not going to stop believing in them."

Mascherano added that "we are aware of all the noise there is and, unfortunately, that does not help anyone."

"I thought that after Ecuador, everyone would look ahead," he said, referring to the 3-1 win in October where Argentina clinched their place at the World Cup after a tumultuous qualifying campaign," he said.

"But ... at the slightest difficulty, they starting hitting us again when we are on the floor. But we will try to put those things aside and focus on the opportunity that we have."