Matildas and Socceroos to play double-header in Melbourne 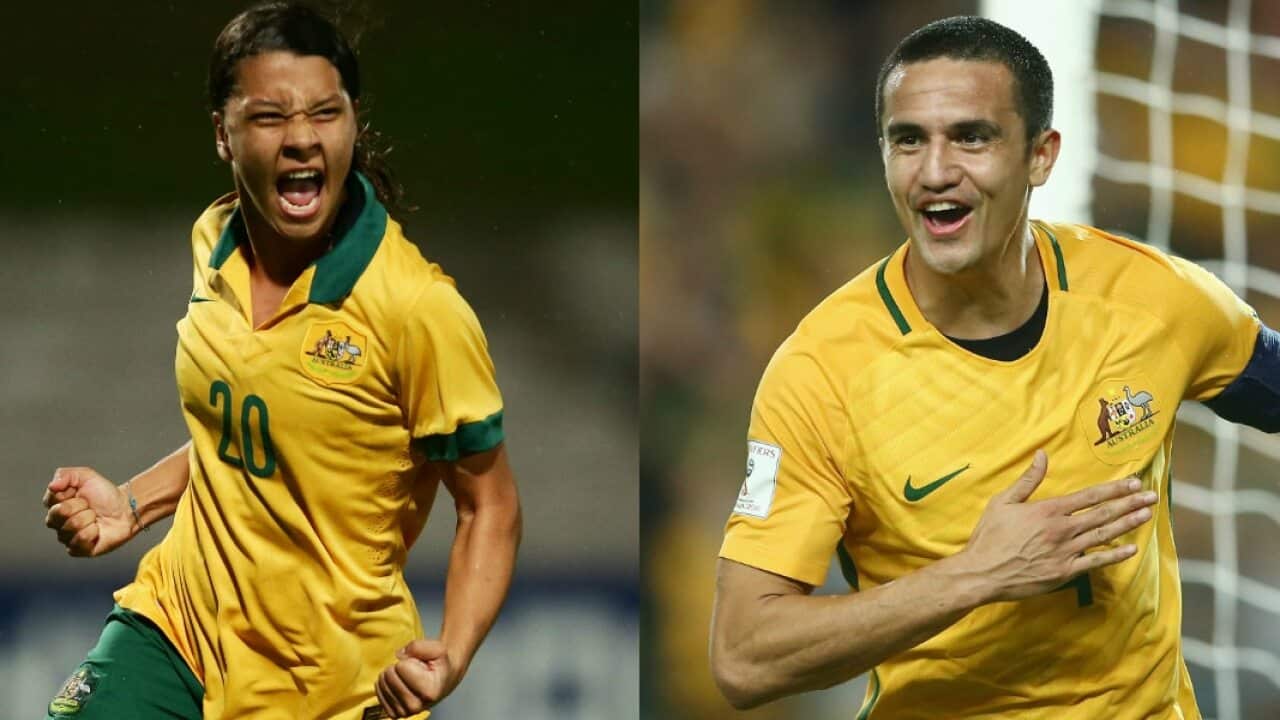 Football Federation Australia announced the Matildas will take on New Zealand at 5pm before the Socceroos play Greece at 8pm.

The match will be the official farewell for the Matildas before they head to Rio de Janeiro for the 2016 Olympics.

The Matildas are an all-time high 5th on the FIFA world rankings and aiming for a medal in Brazil.

Advertisement
FFA CEO David Gallop said the double header is a night to showcase the exciting style of Australian football and give equal billing to the women’s national team alongside the men.

“It’s a rare opportunity to see the Socceroos and Matildas in action on the same stage,” Gallop said. “We’re absolutely delighted that our partners in the Victorian Government and Etihad Stadium have collaborated to make this happen.

“There has already been high demand for tickets to the Socceroos’ match against Greece and now the Matildas farewell to Rio will add a great sense of occasion. It will be a fantastic celebration of the game.”

The last time Australia’s two senior national football teams played a double header was on May 23 2008 at Sydney’s Allianz Stadium when the Matildas defeated Canada and the Socceroos beat Ghana.

Meanwhile, FFA confirmed the Matildas will also play their Trans Tasman rivals in the Victorian city of Ballarat on Saturday 4 June.

Ballarat will be the Matildas’ base for five days from 30 May as the squad hone their preparation for a tilt at a medal at the Rio Games.

“We’re absolutely delighted that the City of Ballarat has made this match happen,” Gallop said. “The event will be part of the Matildas farewell to Rio and that will add a great sense of occasion. It will be a fantastic celebration of the game.”

Matildas coach Alen Stajcic, co-captain Lisa De Vanna and striker Larissa Crummer attended the official announcement in Ballarat. Stajcic said he and the squad were excited by the opportunity to connect with fans in regional Victoria.

“This is a crucial game for us against a high quality New Zealand team that will also be fully focused on their preparations for Rio,” Stajcic said.

“Morshead Park Stadium is an excellent venue and we can’t wait to play in front of a big crowd for what is a crucial match in our lead up to the Games in Brazil.”