Australia stunned hosts Japan by recording a 3-1 win in an outstanding start to their Olympic Games qualifying campaign on the road to Rio 2016 - exacting a degree of revenge after being knocked out of the FIFA World Cup by the same team last year. 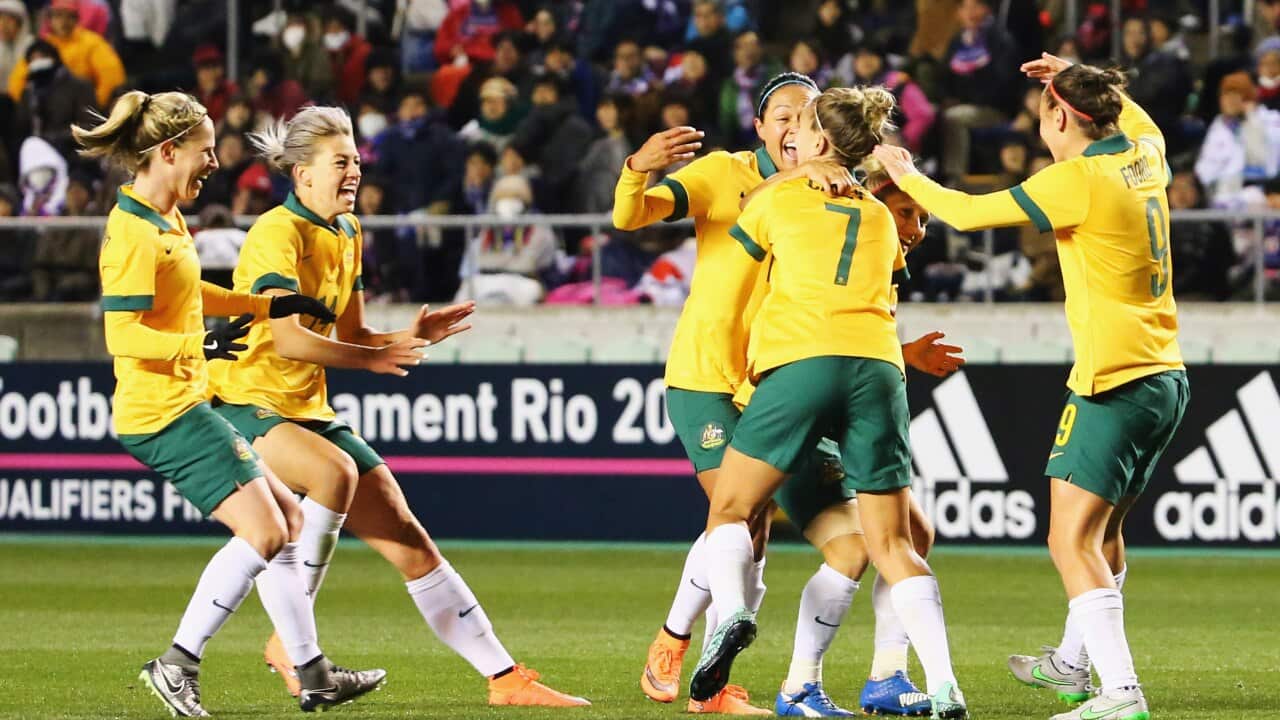 With that result in mind, the Matildas were definite underdogs coming into the match, but on the field it was a very different story.

Lisa de Vanna broke the deadlock after 25 minutes with a brilliant header back across Japan’s goalkeeper, Erina Yamane, before Michelle Heyman rounded Yamane to double the lead in the 40th minute.

Japan pulled a goal back shortly before the interval when Yuki Ogimi poked the ball home after a goalmouth scramble.

Advertisement
After some nervy moments and a couple of great saves from Matildas goalkeeper Lydia Williams, Australia restored their two-goal advantage when Emily van Egmond delivered an inch-perfect cross that was headed home by Katrina Gorry.

"We know they’re a world class opponent and we’ve prepared over the past four weeks to play this match and play it at a tempo and a rhythm that we wanted to rather than how we played the World Cup match against them six months ago," Matildas coach Alen Stajcic said.

"We executed a lot better than that day and I think we thoroughly deserved the win."

The Matildas next face Vietnam, who lost 2-0 to China, on Wednesday before taking on Korea Republic, who drew 1-1 with DPR Korea, on Friday. Next Monday Australia face DPR Korea before finishing up with a meeting against China.

A top two finish in the group will see the Matildas qualify for August’s Olympic Games in Rio de Janeiro.

"It’s just one game, there are four more tough matches. This is a tournament where any team can beat any team… so we’ll enjoy this win for an hour and then we’re focusing on our next match because if we think this is enough we won’t qualify."