Samantha Kerr’s exceptional year in international football continued on Thursday (AEST) when she was honoured with an award at the 2018 ESPY Awards held in Los Angeles, California. 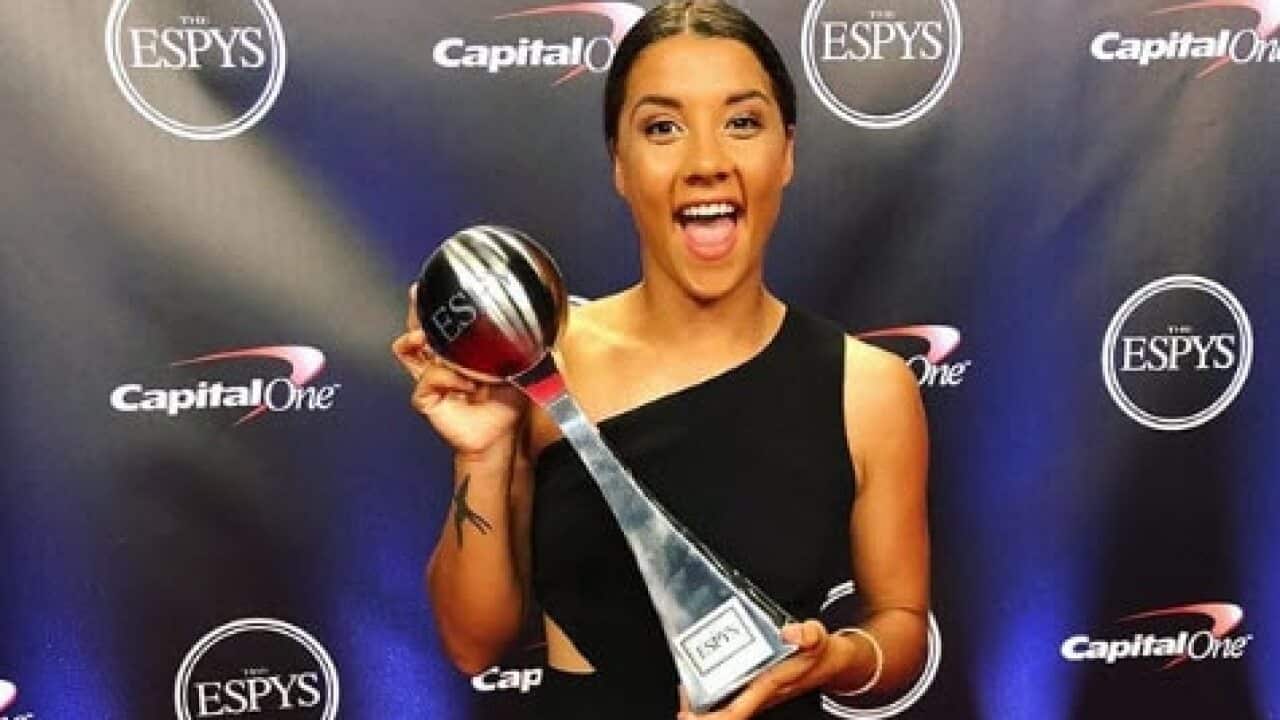 Kerr, who will join the Matildas for matches against Brazil, USA, and Japan at the 2018 Tournament of Nations next week, joined some of the biggest names in world sport at the event.

“Some of the best athletes in the world received recognition at the ESPYS today, and as a football community we are exceptionally proud that an Australian footballer, Samantha Kerr, was among them,” Football Federation Australia (FFA) Chief Executive Officer, David Gallop, said.

“Recognition of Sam’s performances on an international level speaks volumes of her achievements for her clubs and country, and we can’t wait to see her playing for the Matildas next week at the 2018 Tournament of Nations,” he said.

The ESPYS have been held annually since 1993.