Matildas stars Sam Kerr and Alanna Kennedy have missed out on the third annual women’s World XI with UEFA women’s Player of the Year Lieke Martens receiving the most votes from her fellow professionals. 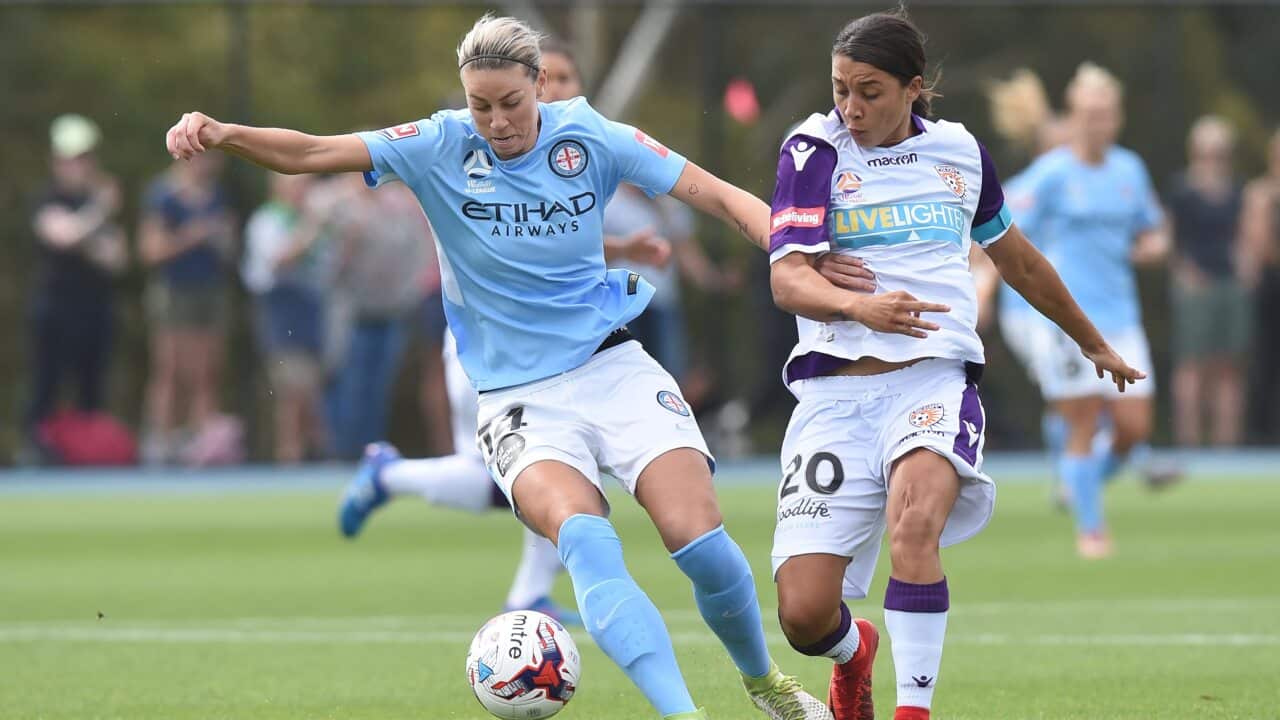 Kerr and Kennedy had made the World XI longlist of 55 players but missed the cut when the World XI was announced by world players’ union FIFPro on Thursday.

Advertisement
Martens, 25, the player of the tournament as the Netherlands won their first international title in the European Championship last year, received 1,251 votes from 4,100 female top-flight players across 45 countries.

Wolfsburg striker Pernille Harder and Olympique Lyonnais midfielder Dzsenifer Marozsan, who finished behind Martens in the Player of the Year awards last year, were also in the team announced on International Women's Day.

"I am a little surprised that I received most votes of all players," said Barcelona winger Martens.

"Last year was very special. We achieved something beautiful with the Dutch national team. It says a lot that six Dutch players made the list of 55 most voted players."

Marozsan was one of four Lyon players in the list alongside England's Lucy Bronze, and France's Wendie Renard and Camille Abily. Germany's Wolfsburg and U.S. side Orlando Pride had two representatives.

"It is special being voted in the world's best XI by other players," said Marozsan. "My transfer to Lyon from Frankfurt helped me improve on a number of points ... those little things make me realise I have advanced to a higher level."

Five players kept their spot in the XI from last year, including Sweden's Nilla Fischer, Germany's Marozsan, Brazil's Marta and USA's Alex Morgan. France's Renard is the only player to feature in all three World XI teams so far.