Matilda's superstar Sam Kerr has capped off a brilliant 12 months on and off the pitch after she was named 2018 Young Australian of the Year. 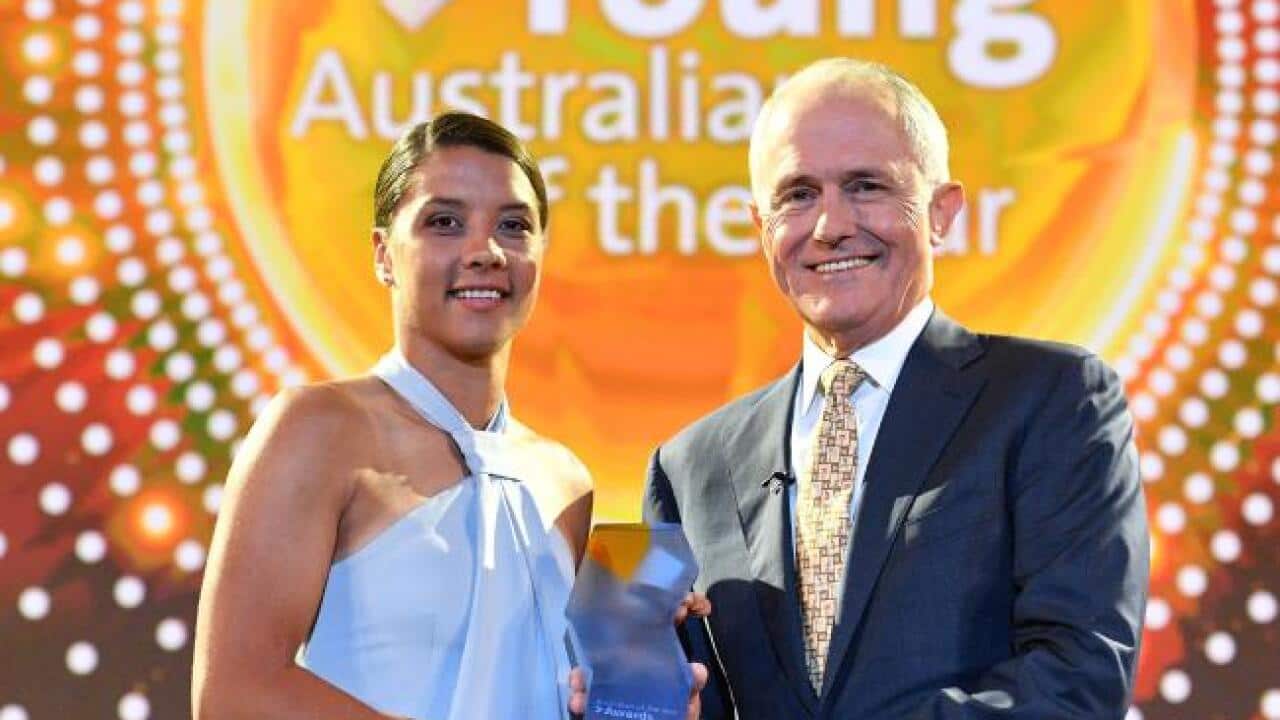 Kerr was presented the award by Prime Minister Malcolm Turnbull at a ceremony at Parliament House on Thursday with her efforts championing equality and women's sport recognised.

The 24-year-old said she was "truly humbled" to recieve the award.

Advertisement
“It is a massive honour. Australia Day means a great deal to me and my family and being Australian is something we are all very proud of,” Kerr said

The award is yet another milestone for Kerr who over the past twelve months was named The W-League's Julie Dolan medal winner, AFC Women's Footballer of the Year, NSWL's MVP, PFA Women's Player of the Year award and was also a finalist in the FIFA Best Women's award.

FFA CEO David Gallop praised Kerr's ability to fight through adversity on her way to becoming one of the best players in the world.

“Sam wins matches and entertains at the same time … she is a great entertainer,” Gallop said in a statement.

“And she will then sign autographs and take selfies with every single person who wants one.

“She and the other Matildas are playing a leading role in the promotion of women’s sport. “The team is now ranked fourth in the world and is a real chance to win the AFC Women’s Asia Cup in Asia.

“This award will only help to inspire more girls and boys to follow their dreams.”