Mauk cuts holiday short for Socceroos trip of a liftetime

Stefan Mauk cut his end-of-season holiday to Bali in half to rush home and start preparing for the chance of a lifetime with the Australia national team. 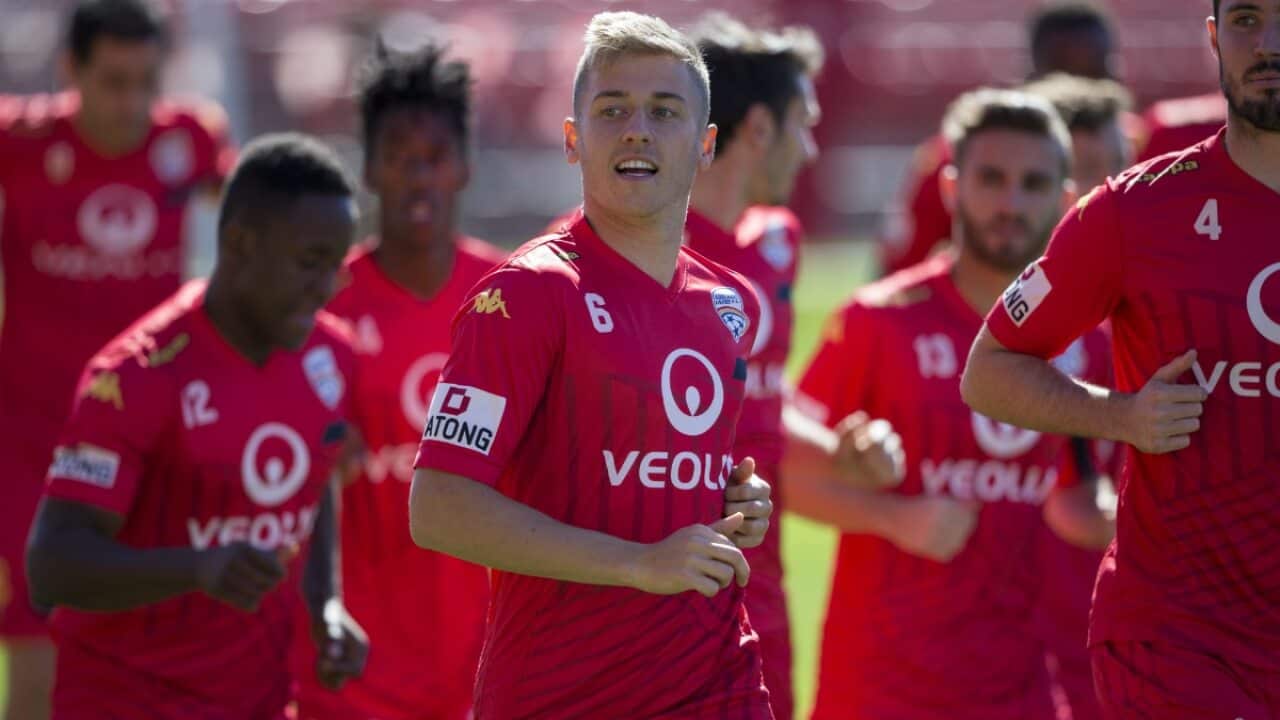 The Adelaide United midfielder was one of four uncapped players in a 23-man squad named by Australia coach Ange Postecoglou on Wednesday for the game against England at the Stadium of Light in Sunderland on 27 May  (local time).

Advertisement
After being informed by Socceroos team management of his inclusion he immediately made arrangements to fly home and arrived back in Adelaide on Thursday.

Mauk, 20, told The World Game he wanted to do everything he could to make the most of what he described as “a dream come true”.

“I was in Bali when I got the phone call,” Mauk said.

“Joel Freeme, the team manager, rang me. Normally they would just send out an email, but being my first time they rang me and luckily I had my phone next to me when the call came through.

“I had no inkling that I was in the running to be picked. I knew the squad was coming up and it’s something everyone wants to be a part of, but I was just hoping to be in it more than actually thinking I was a chance of getting called up.

“I’d been in Bali with my girlfriend, Carla, for six days and I was supposed to be there for another five days, but we came straight back.

“I wanted to come back early and start doing some training again. I thought, with the opportunity I’d been given, who knows if and when the next chance will come, so I wanted to make sure I’d be in the best physical condition when the squad goes to England and gets into camp before the game.

“Especially being a young player, first camp. It’s a great opportunity and I’ve got to do everything I can to impress.”

Mauk was resting up after sharing in Premiers' Plate and championship glory with Adelaide United. He joined the club mid-season from Melbourne City in a player swap that involved central defender Osama Malik going in the opposite direction.

The move turned out to be brilliant for Mauk, who was one of the stars in Adelaide’s fabulous run for the dual crowns.

“Yeah, I guess it happens to a lot of people in all walks of life, you have a big decision to make and it can go either way and work out good or bad for you,” he said.

“For me, it has worked out perfectly. Coming to Adelaide I was hoping to get a bit more game-time in my preferred position, which I did, and we went on to win the championship and now I’ve been named in a Socceroo squad. It’s a dream come true.

“Being a young player, I just want to learn as much as possible and try to impress, but if I can get some minutes against England then that would be even better.

“It’s a friendly, so I’m sure the coach wants to have a look at as many players as possible. It would be a massive achievement to make my debut for Australia against one of the biggest footballing nations in the world.”

It remains to be seen whether Mauk is again named in the squad for the two home internationals against Greece in early June, when more players will be available for selection, but he said he wasn’t thinking past the England game.

READ MORE
Where are they now? The 2003 Socceroos who stunned England

“Whether or not I’m going to be in the squad for the Greece games is irrelevant at this stage,” he said. “It’s about being in this squad now and making the most of that. I’ve got to show Ange what I can do.

Hopefully, I’m the right fit for the team and the sort of personnel he wants.

“All the World Cup qualifiers are coming up, so I guess this is my chance to put my best foot forward and show him I’ll do whatever it takes to be a national team player for Australia.

“I’m just going to concentrate on this camp, rather than worry about what may or may not happen after that.”