Fringe Australia defender Dylan McGowan has ended his isolation in Portugal by joining K.League Classic Gangwon on a season-long loan. 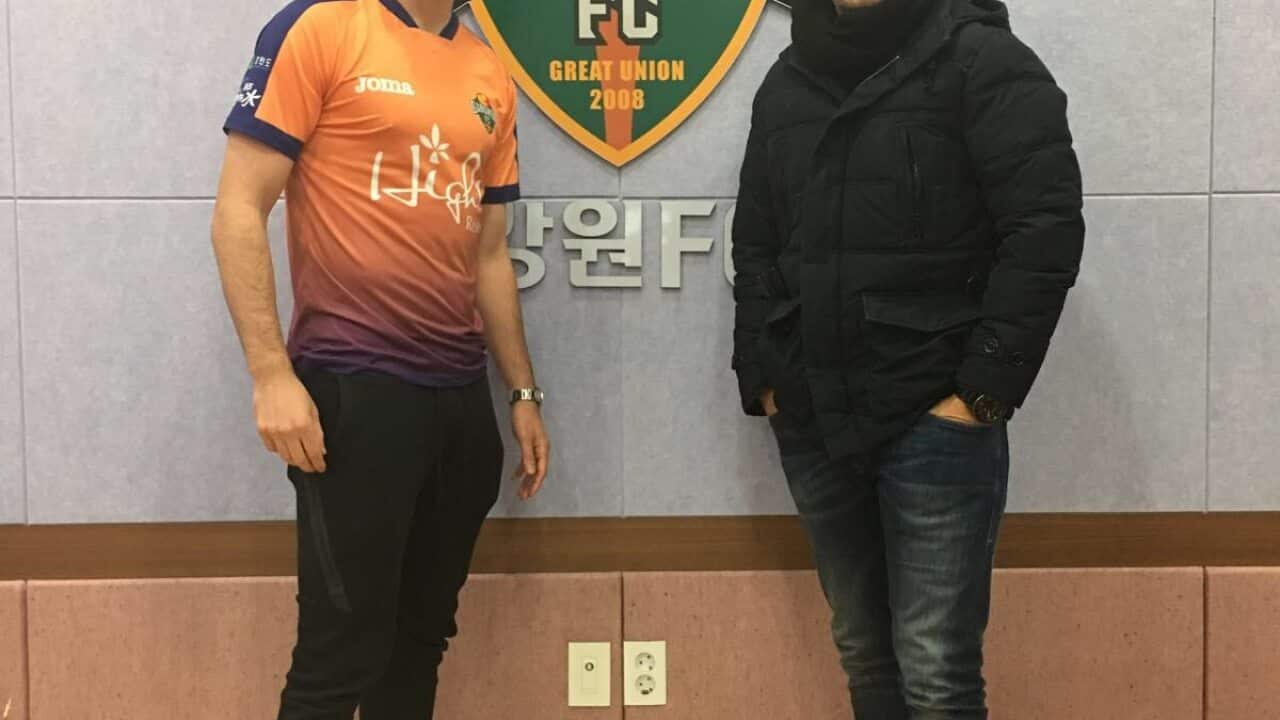 Unable to break through after signing for Pacos Ferreira from Adelaide United in May, McGowan is hoping a fresh start in Asia helps revitalize his hopes of making Australia's World Cup squad for Russia in June.

Ironically, McGowan rejected a lucrative move to Korea prior to trying his luck in Europe.

But, having made only one five-minute first-team appearance in the cup for Pacos Ferreira, he has moved to a club where game time will be easier to come by.

Advertisement
The central defender made his Socceroos debut against Brazil in June and was part of Australia's Confederations Cup squad.

An upbeat McGowsn flew to Korea with his agent Buddy Farah to compete the one-season deal, which has an option for two more years.

McGowan, 26, told the World Game: "I am excited about the coming season and the K-League.

"The club really wanted to get me over here and get the deal done, which is important.

"I'm looking forward to getting started with the team and getting to know my new teammates.

"I'm hoping for a big season ahead."

Gangwon, who finished sixth last season, head off on a month-long training camp next week in preparation for the new K.League Classic campaign.