Newcastle Jets CEO Lawrie McKinna said the release of coach Scott Miller was something he, the club’s players and the fans "never wanted to happen". 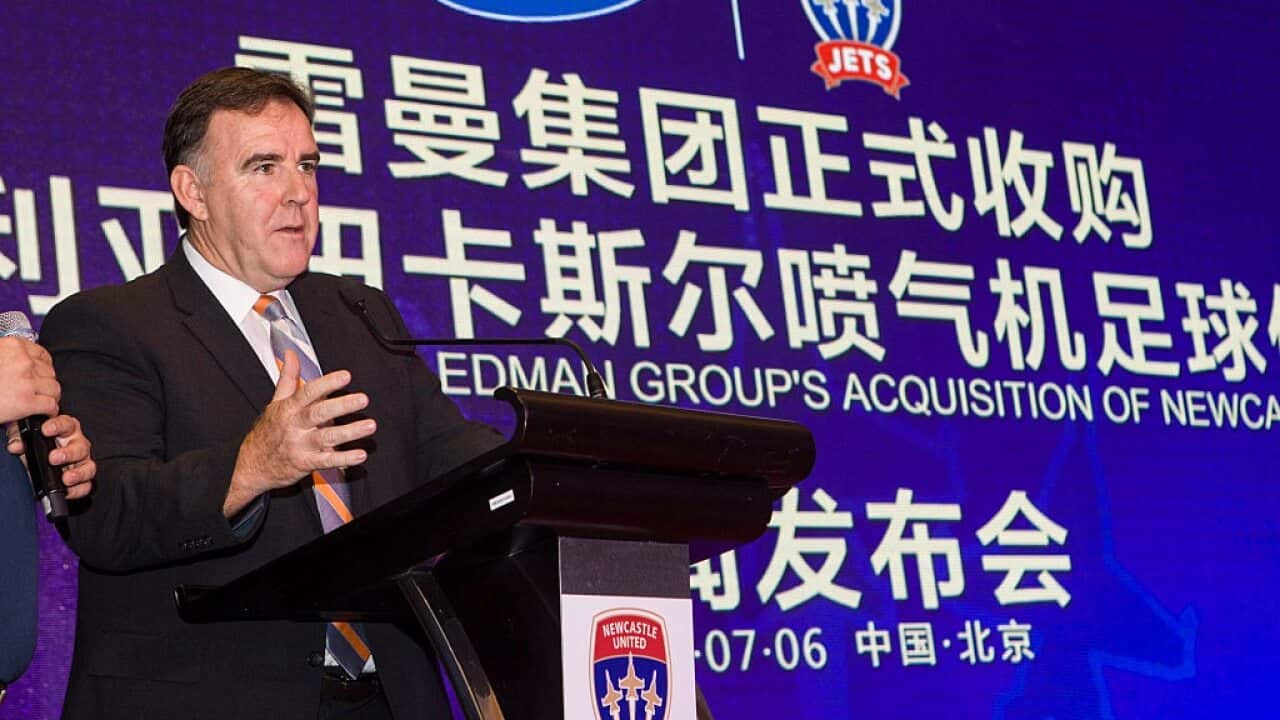 McKinna said the sacking of Miller on Wednesday was a decision that had been “made above me” and was “out of my hands”.

News emerged of Miller’s sudden downfall with reports that he and assistant coach Luc Trani had fallen out during the team’s recent playing tour of China, but that while Miller had sent Trani home early the club had subsequently sided with Trani.

The Jets issued a media release which read, in part:

'The Club’s ownership and senior management made the decision on Wednesday morning based on differences related to football matters within the Club."

McKinna was quoted in the media release, saying:

“We acknowledge that the timing of this decision is far from ideal given the close proximity of the next Hyundai A-League season.

“But once the decision was made to move in a different direction regarding the Head Coach role we deemed it to be in everyone’s best interests to act quickly.

“I met with Scott this morning to inform him of the decision and discuss it.

“We thank Scott for the work he has done at the Club since being appointed by Football Federation Australia (FFA) last year and wish him well in his next position.”

McKinna was subsequently interviewed by Paul Bevan on 1233 ABC Newcastle and said the club’s ownership, after examining the situation, decided that cutting Miller was the best option.

“Obviously the boys were in China for the last 10 or 11 days and they had three great results and the boys did tremendously well,” he said.

“But there were just some senior management decisions that are related to football matters within the club and there were some differences and that’s when ownership looked at a few situations and came back today with the result of Scott Miller getting his contract terminated.”

McKinna was asked about previously having said he had a free hand in the decision-making at the club and whether this decision came back to him.

“I do have a reasonably free hand when it comes to running the club, but this is one that has been taken away from me and made above me.

“I’m the CEO and I’ll take the brunt of that, but this one is slightly out of my hands. But if I have to cop it, I’ll cop it.”

It was suggested to McKinna that most onlookers would have thought the team’s performances in China would have cemented Miller’s position.

He answered that while the performances were “great, under difficult circumstances”, there were still some team-related matters that weren’t “clicking right with the Ledman Group”.

“There were just issues that came up that had to be dealt with.” McKinna said.

McKinna said some of the issues had been “ongoing, but they came to a head in China”. He said representatives of the Ledman Group attended Newcastle’s games there.

Asked what would happen now, McKinna said: “Well, obviously this has all just happened today.

“I’m sure there will be 30-odd people who put in for the Central Coast Mariners job last week who will be first on the phone and I think I’ve actually been contacted a few times on Facebook already, so there will be plenty of people who put their hands up for the job.”

But when asked if he would make the decision on a new coach, McKinna interestingly replied: “I’ll make the recommendation to senior management, but I don’t see any reason why they would take my recommendation.”

Despite that, McKinna said he was still “feeling fine” about his position at the Jets, adding: “I feel my situation at the club is good, the pre-season and things going on and off the park have been going well and this is something that has happened and I’ve had to speak to the owners of the club and they’ve made a decision.”

The club’s media release said the players would return to training on Friday to prepare for Sunday’s trial game against Edgeworth Eagles at Jack McLaughlan Oval.