It’s about this time of year that many Australian football fans often have one eye on the field and the other on that other great spring pastime, horse racing. 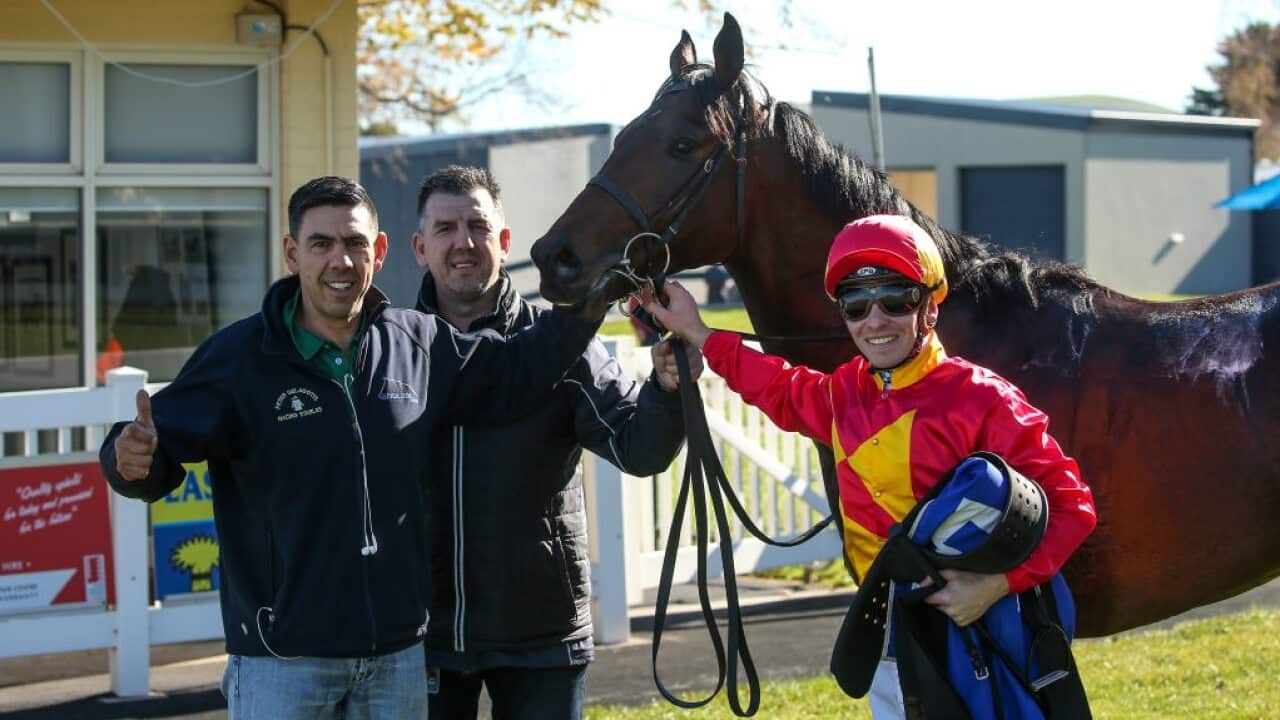 But for round-ball fans looking for an omen bet in Saturday’s $2 million Caulfield Guineas – the richest three-year old race in the country – there’s a standout option.

Levendi has come from nowhere to secure a place in the 1600-metre classic, confirming his place in the final acceptances on Tuesday and getting drawn ideally in barrier seven. The bookies have earmarked him as a $17 chance.

And those doing the form guide for the Group One – who will note Levendi has won two of his three starts – are likely to do a double take when they see some of the names involved.

Advertisement
The horse is being prepared by Moe-based trainer Peter Gelagotis, whose brother, Manny Gelagotis, serves as his racing manager. Manny was a stalwart with Gippsland Falcons in the National Soccer League, forging a reputation as one of the competition’s toughest players.

But Levendi's football’s connections do not stop there.

One of Gelagotis’s defensive partners for many years at the Falcons was Levent Osman, who went on to play for the Football Kings before reaching the top leagues of Turkey and Romania. He then returned to the NSL to play with South Melbourne for a season before a long spell in the Victorian Premier League.

Another part-owner is renowned football identity Lou Sticca, who had a key role in the formation of Carlton SC and Sydney FC and was a major player is getting Italian legend Alessandro Del Piero to the Sky Blues.

Remarkably, while some owners wait a lifetime for a top horse, it’s Osman’s first foray into ownership.

“This is special for us because we’ve all been friends for so long. Manny, myself and Sterg [ex-NSL player Marcus Stergiopoulos] get together every Spring Carnival but it was actually on the Gold Coast, where I now live, that this all unfolded,” Osman told The World Game as he waited to board a plane to Melbourne.

“Manny was in town for the Magic Millions and so I thought I’d come along and see what it was all about. He bought six horses but he really liked the look of this one and so did I.

“Right then I jumped in, Lou got in, my brother got in and our two best mates as well. We’ve had a couple of exciting wins, made our money back and whatever happens now is just a bonus. I can’t tell you how excited we all are.”

Traditionally, all the owners have a say in who gets to name the horse – but Osman already had a better option in mind.

“Peter always used to call me 'Levendi' – that’s the Greek version of my name,” he said.

“So when it came to the horse, I said, 'Pete, I think we both know this horse has to be called Levendi'. He laughed and said 'I love it. Let's do it.'

"Now we’re saddling him up in a $2 million race. We can’t believe it.”

Mourinho (also trained by Gelagotis) and Boban (owned by a group involved with the Melbourne Knights) both lived up to their names by winning major Group One races.

So can Levendi make it another win for the football community?

“Honestly, to finish in the top six would be fantastic. We didn’t even think he’d be in the race” Osman said. “But if he’s in the right position, and you look at the way he finished the Prelude, anything is possible.”