Meet the Aussie playmaker emerging in the Czech Republic 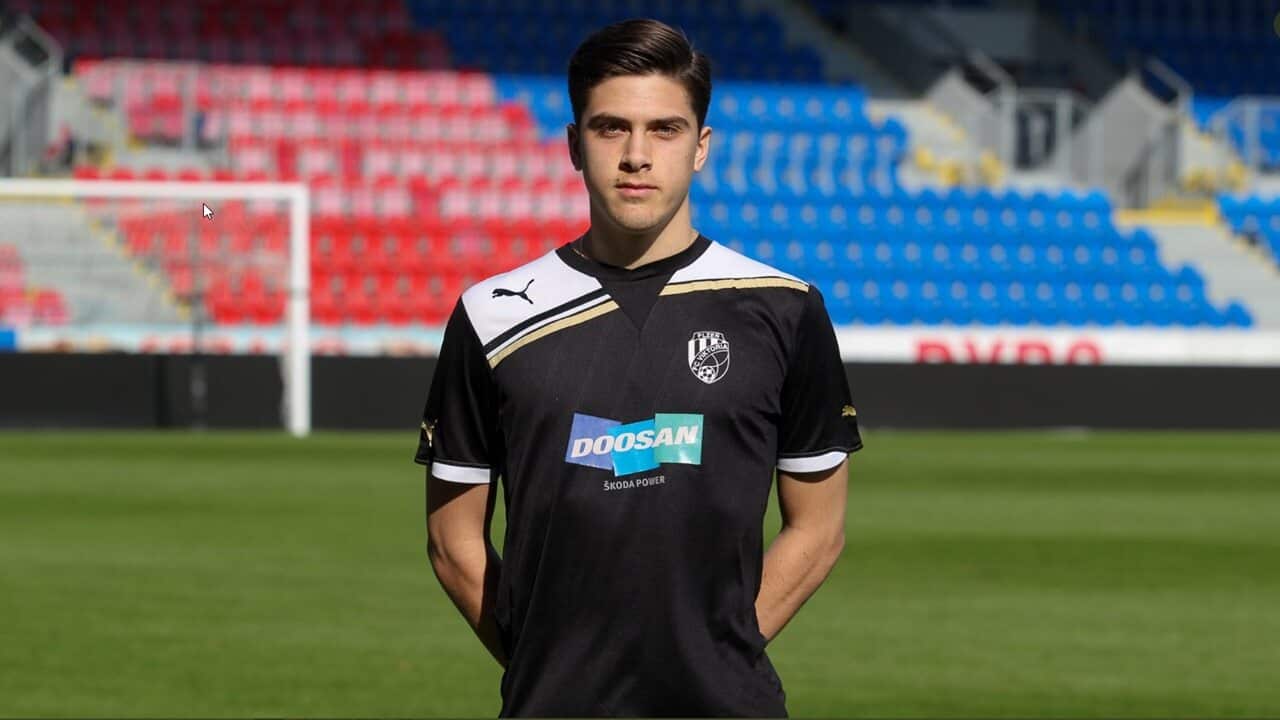 Taleski, who left Melbourne at the age of 17 to ply his trade overseas, joined Czech giants FC Viktoria Plzen last year. The playmaker has come through the club’s Under-19s and is now featuring for their reserves in the third division.

Advertisement
“It’s a very professional environment, consisting of what at times, feels like endless training sessions,” he told The World Game.

“These training sessions for Viktoria Plzen however, have undeniably strengthened my technique and skills in a way that’s different to training here in Australia. And each training session only makes me look more and more forward to going games.”

Formerly known as Skoda Plzen, Viktoria Plzen are one of the biggest clubs in the Czech Republic and have won five Czech First League titles in the past 10 years. Many famous Czech footballers have had formative spells with the 109-year-old club, including former Sydney FC head coach Vitezslav Lavicka.

“The standard of the club is incredibly high,” Taleski explained.

“I have been lucky enough to train with the first-team many times, which would always be an awesome experience to train beside players whom have achieved what I one day plan to achieve. It’s always my intent to learn and pick up new things from these players every training session I have with them.

“The club has also created a lot of players, who have come through their youth ranks, such as Pavel Nedved and Peter Czech. Knowing Pavel Nedved came through the youth system and won the Ballon d’or is unreal for me.

“To know that I’m being trained up in the same environment as such successful players only pushes me further to wanting to attain the same achievement.”

Taleski made 10 appearances in the 2019-2020 season before the league was shut down because of the Coronavirus. The number 10 returned to Australia when the pandemic hit Europe, but is hoping to return soon.

“The third division is tough league, players come down from the first division and from the reserves as well,” he said.

“It’s definitely challenging but it improves your quality as a player. And training with the first-team, you see the standards that you are to meet.

“The second division and third division seasons have been cancelled, so I’m currently waiting to hear from the club about when I have to return. There’s no set date at the moment.”

Taleski originally landed in Europe in 2018 after leaving Victorian NPL club Green Gully to join Macedonian outfit Vardar. The 20-year-old was offered a deal with Vardar after training with the club while on holiday.

“The way it came about wasn’t planned at all,” he admitted.

“I was in Macedonia on family holiday, where we go to visit the other side of my family. I was adamant on wanting to maintain my fitness levels, so I decided to train with Vardar.

“After I got back to Australia, I received a call from Vardar, asking me to sign with them. And the next thing I knew, I was living on the opposite side of the world, playing football under a professional contract.

“I started living alone, which allowed me to grow individually, but being that age and being alone - homesickness was almost always a battle I fought. I always reminded myself however that it’s my dream to go overseas and play in Europe, so I remained strongly committed to my decision to sign to hopefully one day see that dream fulfilled.”

Taleski represented North Macedonia at Under-19 level after appearing for Vadar. The midfielder was born and raised in Melbourne, but is eligible to play for the Red Lynxes through his family.

“Being signed with Vardar, also gave me a chance to play for the under-19s national team,” he said.

“We had a fair bit of a friendly games, and I successfully scored a fair bit of goals. We missed out on qualifying for the Under-19s Euros by a point, which was a bit upsetting but having that experience was one like no other.”

It was while representing North Macedonia that Taleski was spotted and encouraged to join Viktoria Plzen. The playmaker is determined to make it to the top in central Europe.

“We had the Euros qualification in the Czech Republic,” he said.

“I went there and the club saw me and were happy with my performance and skill. Getting there was a good next step. Vardar was an amazing club to be at, but I felt like I needed something more challenging - and Viktoria Plzen seemed to be the challenge I was looking for.

“I loved my time in Macedonia but like everyone, I needed to take a step forward. Being overseas and away from family is hard but my mindset has always been to achieve everything I want in Europe. And I won’t stop until I successfully attain this dream of mine.”