Meet the Italian midfielder who wants to play for the Socceroos

Young Cagliari attacking midfielder Nicholas Pennington was born in Italy, but has set his sights on one day representing Australia. 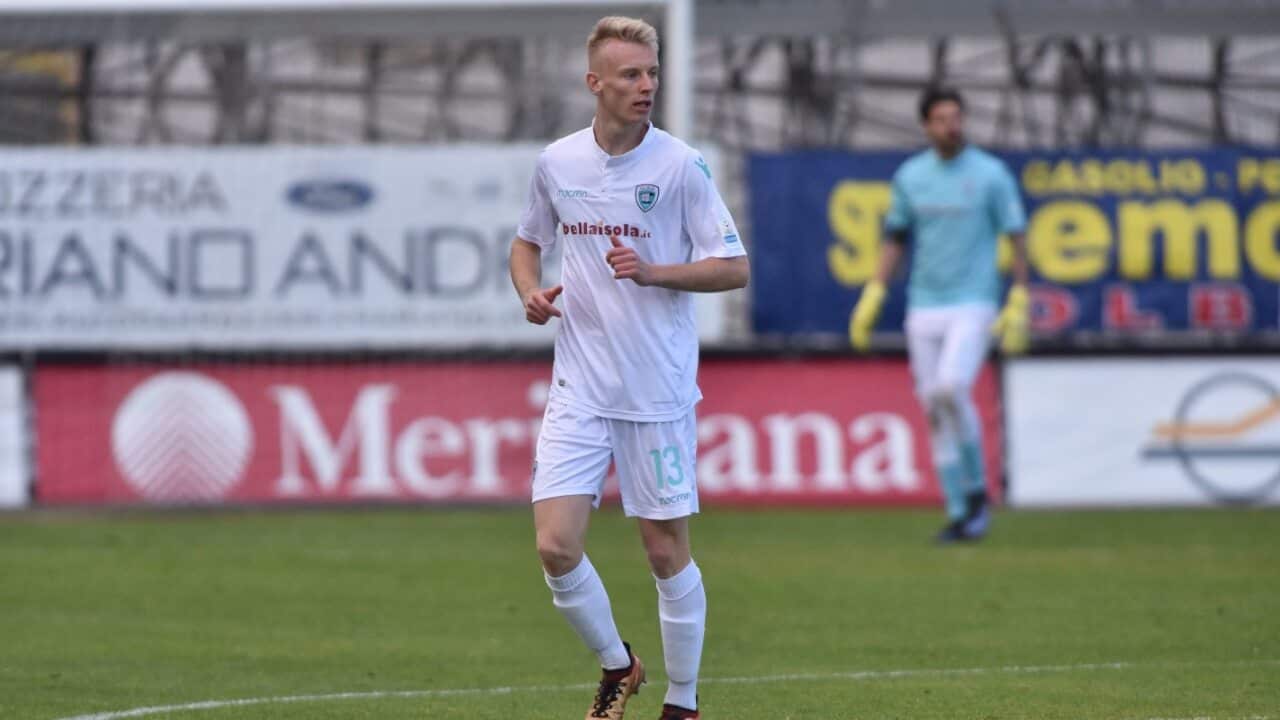 The 19-year-old - who has never lived in Australia - was raised in Italy, but has an Australian passport through his father, who hails from Perth, and has revealed an ambition to play for the green and gold.

Pennington has been on the books of Serie A club Cagliari since childhood, graduating from the youth club into the Under-19s two years ago. Since August he has been on loan to Serie C side Olbia Calcio 1905, where he has become a regular this season.
Advertisement

“I already have my Australian passport so I am eligible for the Socceroos, I would love to represent Australia,” Pennington told The World Game.

“If I got the call I would jump on it. Unfortunately I don’t get to see many A-League matches over here but I still follow it.

“These past few years it has been interesting to see big Italian players like Del Piero and Maccarone playing over there, and since the Italian international team is out of the World Cup I’ll be Australia’s number one fan.”

Born in Rome, Pennington and his family moved to Sardinia at the age of nine.

“My dad was born in Perth and he grew up in the Darling Ranges,” he said.

“My dad’s family is English and we only have very distant relatives and old family friends living in Australia, my mother’s family is Italian.

“I started playing football in Rome with my older brother Stephen when I was three-years old and never stopped. Football was all around me so it was nearly impossible not to get into it, it’s Italy.”

Pennington, who can play as a box-to-box midfielder or more as a number 10, debuted for Olbia in October against US Pistoiese 1921.

He has racked up 19 appearances for the club, scoring his first goal in February in a 2-1 win over the Arancioni.

The blonde-haired midfielder said he is enjoying his time with I Bianchi.

“Olbia is a beautiful small city in the north-east of Sardinia,” Pennington said.

“It’s near the famous Costa Smeralda, which has really nice beaches and great food. The club is great, the team is very young and perfect for a young player like me to improve.

“This is my first year playing professional football, so obviously it’s a lot of hard work, but the club and the teammates have helped me a lot to settle in.”