Meet the new boss, as crazy as the old boss

Some crooks have gone down but, it seems, the craziness, greed and political expediency at FIFA have not gone away. 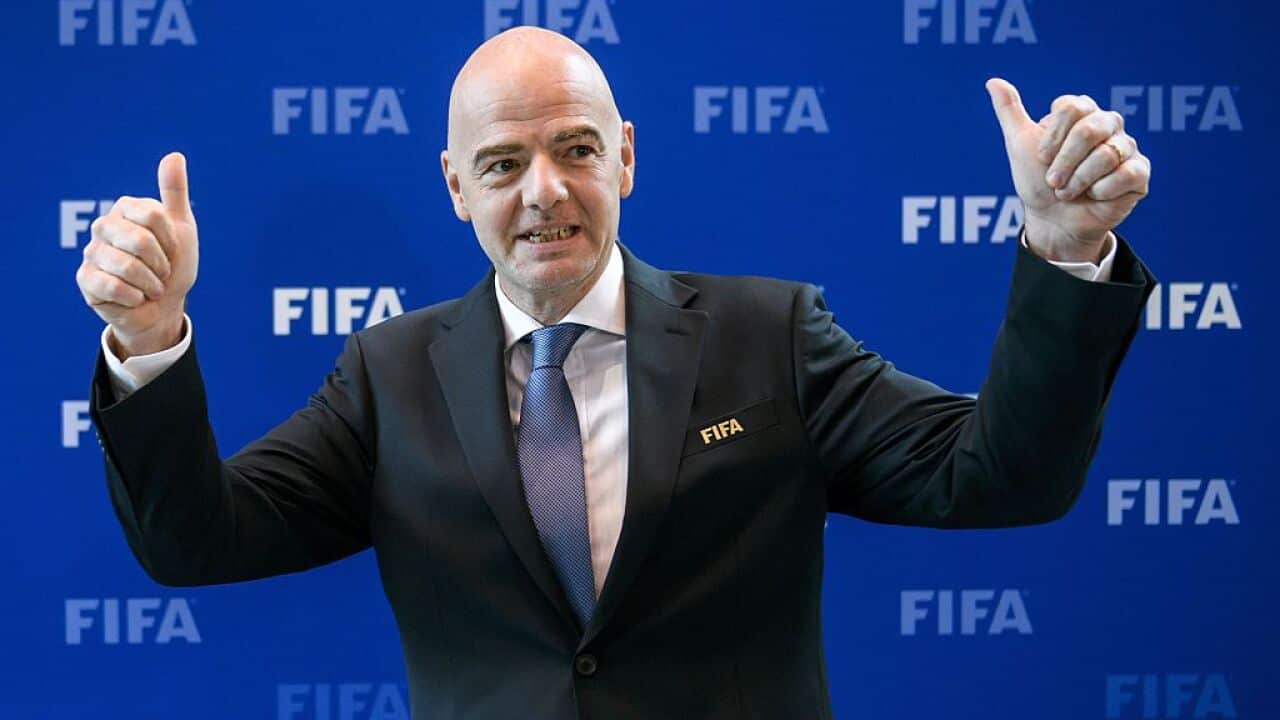 FIFA president Gianni Infantino, who replaced disgraced Sepp Blatter when elected only last February, is delivering on his key promises during his campaign: channel more money to the voters and give them a better chance at qualifying for the World Cup.

He has already more than doubled the FIFA grants member federations will get, from $US400,000 to over $US1 million. Now he wants a 48-team World Cup, up from the current 32 and the 40 he talked about while on the stump.

Nations who are not normally expected to qualify for a World Cup will now have a greater chance. So they may be pleased.

Advertisement
But if you examine the fine print of how a 48-team tournament will be structured, it is likely that such nations will be going home after just one game. And that may include Australia.

What Infantino wants is a format whereby 16 nations are seeded and will automatically enter the group stage, probably on the basis of how much broadcasting revenues they can generate.

The remaining 32 nations will enter a one-game playoff with the winners joining the seeded 16 in the group stage.

But that’s not the only problem with this nutty scheme.

While it is accepted that the World Cup finals are not just for the 32 strongest nations on earth, and that each confederation should be represented, it is also fair to say that the World Cup is meant to produce high quality football. A 48-team World Cup, in my opinion, would dilute that quality.

The World Cup is already top heavy with mediocre teams, who come only to defend, and have no chance of winning it.

There is reason to surmise that no country outside this group will win it anytime soon.

The biggest impostor is Europe. Only five European countries have had the capability of winning the World Cup in the past. Yet, even in a 32-team tournament, Europe gets 13 guaranteed places. Why?

A 48-team World Cup would also add 16 games to the current 64 for a total of 80. This, presumably, would require more stadiums than the 12 being proposed for Russia in 2018 as well as additional infrastructure.

This is scary given the scandalous public cost of these things and what waste they become after the event is over.

The worst example of this excess is Brazil most of whose stadiums, built or renovated for the 2014 World Cup at a cost of over $3 billion, have fallen into distressing misuse.

One stadium is now being used as a bus depot. Another houses homeless people in its locker rooms.

FIFA, which says it wants football to make the world a better place, should not tolerate this.

As I have proposed in a previous column the World Cup, even at 32 teams, should be shared among a number of countries, perhaps four, five or six, in order to keep hosting costs down in individual countries and sets of taxpayers.

And don’t believe all that you read about massive economic benefits a World Cup brings (except for FIFA).
Analysis shows that the 2014 World Cup left no long term benefits to the Brazilian economy.

An expanded World Cup would benefit neither football nor the host nation’s economy.

The idea is no more than a cynical exercise in voter appeasement and a rich FIFA trying to get richer still.