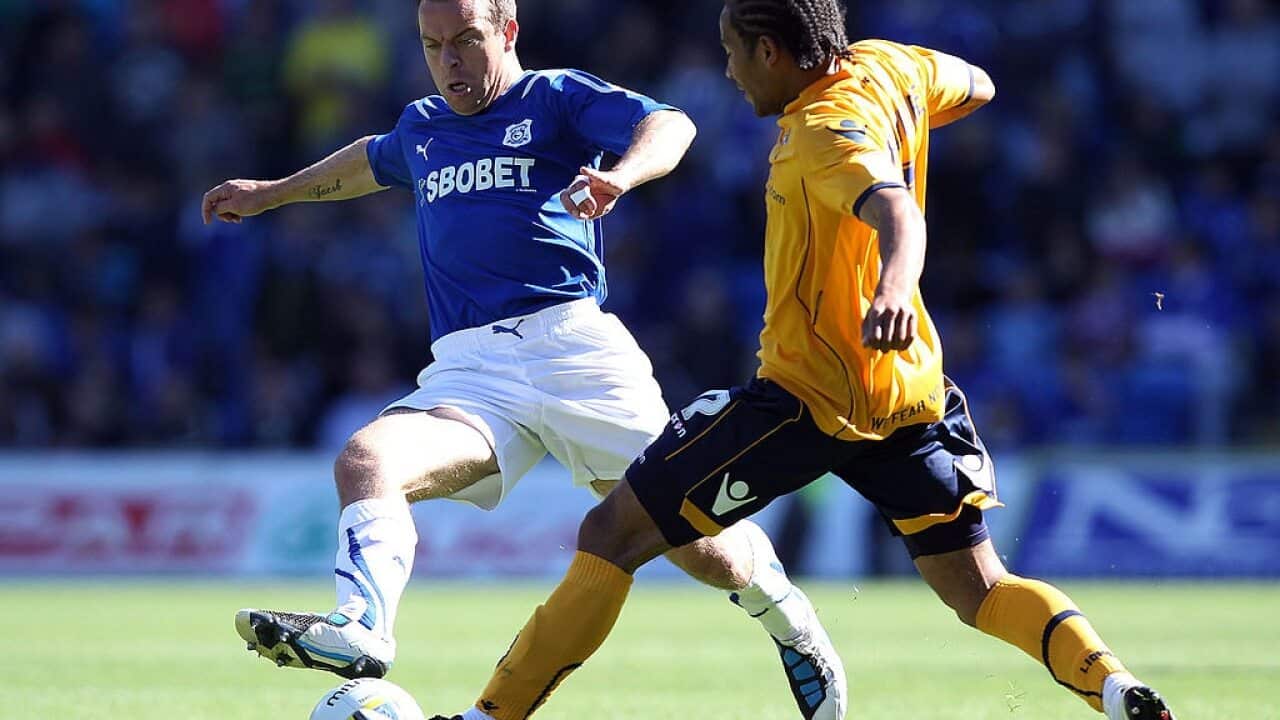 Rae is one of the unheralded stars of this year’s FFA Cup with his incredible professional career going, for the most part, under the radar.

Now the player-coach of Hakoah Sydney City East, Rae’s extensive career stands head and shoulders above the majority of his rivals in this season’s FFA Cup.

Despite all of this, Rae says he holds his achievements as a coach at Hakoah alongside the incredible heights of his playing career.

Advertisement
"To have played as many games as I did as a professional, as well as play in Cup finals and for my country, was a dream come true," Rae said.

"I’m very proud of my career, but to come to Australia with my family and be involved in helping Hakoah climb the ranks and to be given the chance to be a head coach has been something I have held very dearly.

"It was always my plan after I retired to get into coaching and now I’m getting more of a buzz watching younger players develop their skills and further their careers."

The 39-year old from the Scottish town of Aberdeen began his professional career in 1996 with Dundee before stints at Rangers, Aberdeen and Cardiff City during a career spanning nearly 20 years in the top flight of English and Scottish football.

Rae won a Scottish Premier League title with Rangers in 2004, reached the last 16 of the Champions League and even captained the Glaswegian club, but it was his involvement in Cardiff City’s incredible run to the FA Cup final against Portsmouth in 2008 which Australian football fans would remember most.

"The FA Cup final was one of the only games where I’ve felt nervous before," he said.

"I don’t normally get nervous but I think the magnitude of the match, as well as walking out and seeing 90,000 people in the stands, made me realise how much of a special occasion it was.

"It was a privilege to have been able to say I was able to play in an FA Cup final but looking back on the match, it is one that left us, as a team, with a bit of regret.

"It was a game which was there for the taking but Portsmouth’s Kanu scored the only goal of the game to give them the win.

"We maybe didn’t play to our best that day, which fills you with a bit of regret, but to be involved in a game of that magnitude and history was incredible."

While Rae has reached great heights during his extensive club career, the proud Scotsman said representing his country was his greatest playing achievement.

"Playing for Scotland was the pinnacle for me. I consider myself very lucky that I had the opportunity to play 14 times for my country," he said.

"To run out at Hampden Park, the national stadium, in front of my family and friends is something I will never forget."

After a fairytale ending to his career in 2014, where he returned to his first professional club Dundee and captained them to promotion to the Scottish Premier League, Rae gave up the high life of a professional footballer in Europe and moved to the other side of the world with his family.

"The plan was always to move to Australia to be with my wife Barbara’s family when I retired professionally and we settled in Sydney in 2014," he said.

"I took some time when we first arrived in Sydney to help my two kids settle into their new school but quickly realised I needed something to do and was lucky enough to get a job with an IT Recruitment company.

"It is certainly different being in the office everyday compared to getting up and going to training but I have really enjoyed it."

Football was never too far away for Rae and Wednesday night’s FFA Cup Round of 32 clash between Hakoah and Hills United Brumbies will be a brief return under the spotlight for the champion player.

"Hakoah is a club with a rich history and it is great to be involved in the last 32 of the FFA Cup," he said.

"We have a talented group of players but most of all I think we have managed to bring our best performances in the big matches because it has helped us to where we are now.

"I'm really confident we can continue the success we have had so far this season.”

While Rae may not enjoy the acclaim in Australia a player of his stature would normally be given, the father of two wouldn’t have it any other way.

"Not too many people in Australia are really aware of my football career and to be honest I kind of like it that way," Rae said.

"It has allowed me to just enjoy my football without any extra pressures.

"I try not to talk too much about my career to my players but I thought it was important before this match to remind them of a lesson I have learnt in over the years.

"Some opportunities don’t come around too often and the most important this is to just enjoy every moment."