Meet the young Aussie twins battling to break through in Europe

Australian brothers Declan and Ryan Lambert have landed at Dutch club Achilles ’29 and are determined to make their mark in Europe. 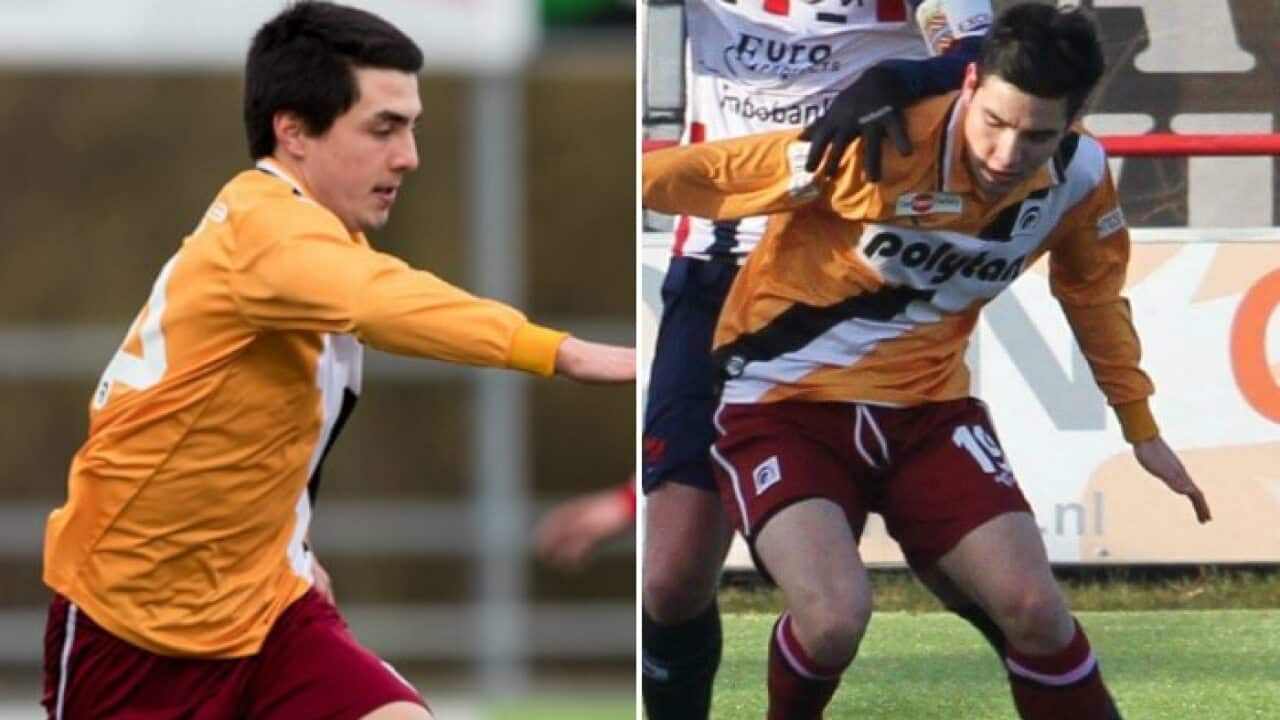 The 19-year-old twins, who hail from Melbourne, signed with the third division side late last year after trialling with several clubs in Holland.

Both have come through the system of Victoria’s Richmond Soccer Club at a young age. Diminutive attacking midfielder Ryan debuted for Richmond’s first-team at the age of just 15 five years ago, while tall defender Declan broke through to senior football at 17.

But both unable to land a professional deal in the A-League, the pair have headed overseas to chase their sporting dreams.

Advertisement
“From quite a young age I’ve wanted to play in Europe and, OK, most footballers dreamt about playing in the English Premier League for Manchester United,” Ryan told The World Game.

“So I think coming here was always in the back of my mind. My ambition and number one goal I’ve had for most of life is to make a concrete career and living out of playing professional football, to play the best football I can so that I am able to support and pay back my parents who have supported Declan and I the whole way through.

“Without them we wouldn’t be doing what we are right now.”

Ryan spent the 2016 season with Melbourne Victory’s youth team but was let go after suffering a serious injury.

“Playing with the Melbourne Victory youth team was a good experience, it was the first time for me playing in a completely new team in like seven years with a much more professional environment to what I was previously used to,” he said.

“It was definitely a different experience but one that I think I have benefited from. Unfortunately at the youth team I had my first major injury, which saw me out for a couple of months and halted my football development.”

Declan, who can play as a fullback or as a defensive midfielder, previously trialled with Victory’s youth team but was unsuccessful.

He now hopes to impress and improve his game at Achilles '29, an 89-year-old club that competes in the Tweede Divisie.

De Witzwarten are based in the small Dutch town of Groesbeek, population around 35,000, which is located right next to the German border.

“The standard is good at Achilles, we play in the third division in Holland and it is a tough competition with a lot of good clubs,” Declan said.

“The training sessions are intensive and high quality and there are some quality players in the side. It's difficult to tell right now, but I feel that I've been doing better at training and in games now compared to when I first came to Holland.

“I think that staying in Europe is the best option for me, as it is a lot better at developing young players to become professionals. I just need to be patient, keeping training and improving and hopefully I can achieve my dream.”

Unsurprisingly, the twins are inseparable and have played a big part in each other’s football development, along with their English father.

“We have always done everything with each other, there's only been one season where we have played in different teams, so I would say that we are very close,” Declan said.

“We are very competitive and that's helped us improve each other's game because we are always trying to better one another.

“Also our dad had a major role, he always encouraged us to choose the things that we enjoyed the most, but coming from England I think he slightly influenced us towards football.”