The race to bring Socceroos striker Jamie Maclaren back to the A-League is heating up, with up to four marquee offers on the table. 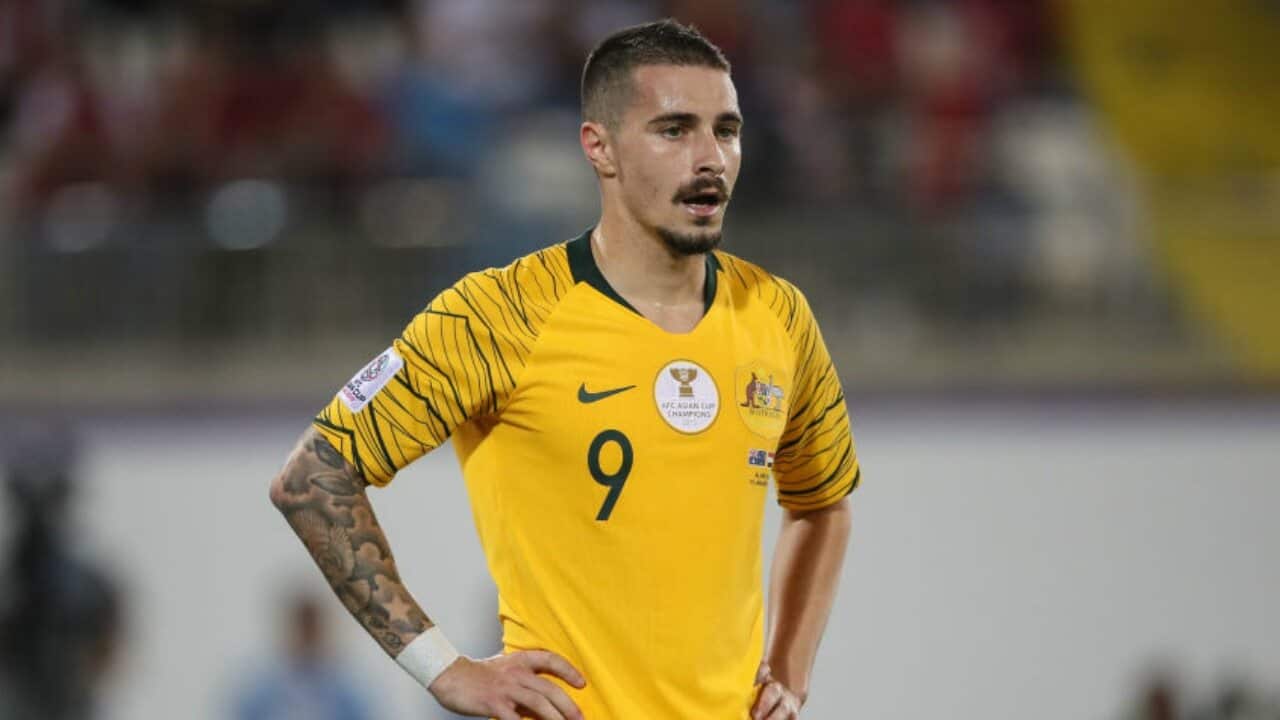 Jamie Maclaren in action for the Socceroos at the Asian Cup Source: Getty / Getty Images

Melbourne City appear to be leading the hunt, with Sydney FC and Adelaide United close on their heels.

A fourth club, understood to be former team Brisbane, are also in the mix, as the in-demand marksman edges closer to a homecoming ahead of the closure of the January transfer window.

Currently on loan with Scottish Premiership side Hibernian from parent club Darmstadt 98, the 25-year-old is weighing his future after struggling to make an impact in his second spell with the Scottish outfit.

Advertisement
Coach Neil Lennon has yet to sign off on his departure, with 2.Bundesliga's Darmstadt having the final say on any future moves.

Having notched eight goals in 13 starts for the Edinburgh club last season, Maclaren has struck just once in 12 league appearances in his second coming, with six of those appearances off the bench.

City have been spearheading the chase, with Maclaren set to be squeezed inside the salary cap for the remainder of this season, and then afforded marquee status in 2019-20 as a direct replacement for outcast Uruguayan Bruno Fornaroli.

On AFC Asian Cup duty with Australia in the UAE, Maclaren broke his goal duck for his country in the 3-0 group stage win over Palestine.

But he has remained scoreless since heading into Saturday’s (AEDT) quarter-final against the host nation, and his spot could be under threat from Apostolos Giannou, Andrew Nabbout and a fit-again Mathew Leckie.

Discussing his future last week, Maclaren - who has scored 51 A-League goals for Perth and then Brisbane - hinted at a possible return to his roots.

“Look it’s in the air obviously, but no matter how much I try stay quiet people will start rumours,” Maclaren said.

“There is something happening in the future, but for now its all about the Asian Cup.

“I’ve always enjoyed my football in the A-League and I’m proud of my achievements there.

“I watch every game and keep tabs on the league which is growing all the time.

"I speak fondly about the league and rate it and if there was an opportunity, well we’d have to wait and see.”