Central Coast Mariners confirmed a deal has been agreed with Manchester City for the transfer of midfielder Anthony Caceres, with a loan move to the Premier League giant's sister club Melbourne City imminent. 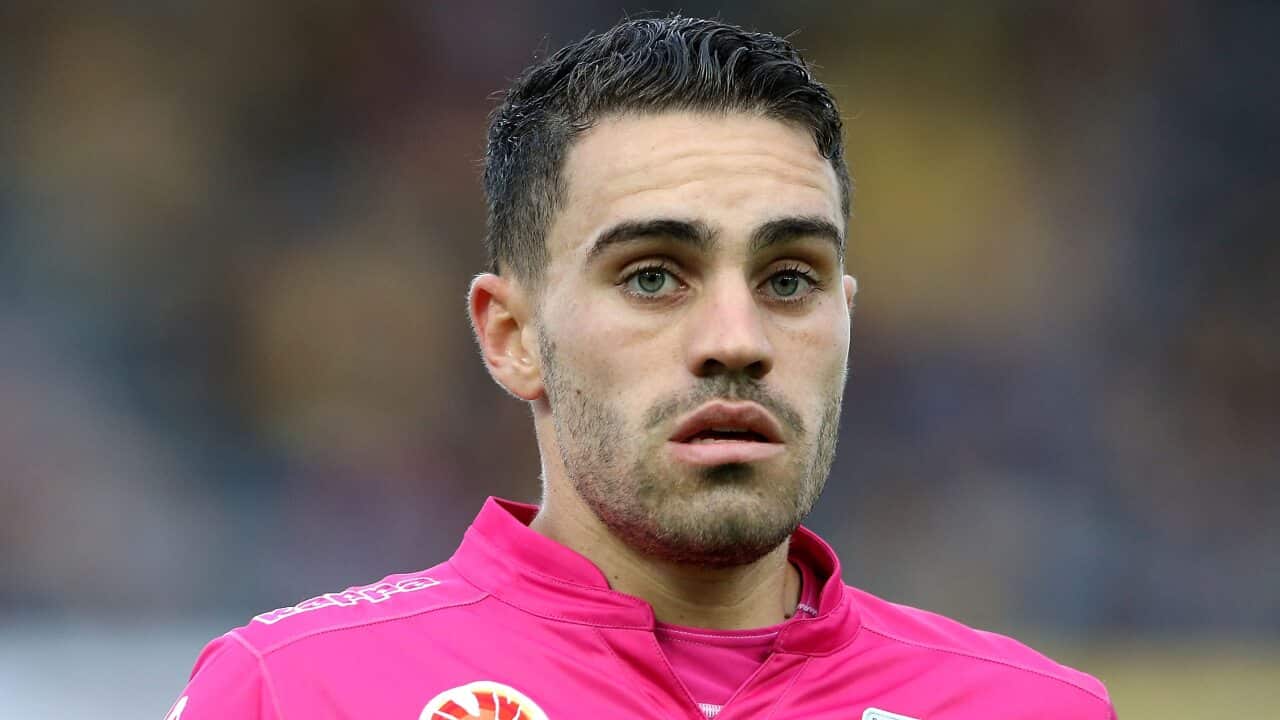 A product of the Mariners National Youth league set up, Caceres, 23, is the latest player to leave Gosford this season, joining the likes of Nick Fitzgerald, Eddy Bosnar and Liam Reddy, but in this instance the club has cashed in to the tune of a reported $300,000.

Advertisement
While transfers between A-League clubs are not allowed, Cacerers will be allowed to link up with John van't Schip's side for the remainder of the season and is likely to be cleared to play in the Round 17 match for City against Wellington Phoenix on Monday 25 January.

However, Van't Schip distanced his team from such rumours, insisting Caceres will go to England.

"Manchester City is getting him [Caceres] in. More or less, that's it," the Dutchman said Friday.

"We can't comment on [a potential loan move] but of course everybody knows he's a good player, he's one of the better players in the A-League. So we'll just have to see."

Caceres, who signed a professional contract with the Mariners in 2012 played 62 A-League games for the club and won the 2015 Mariners Medal, is believed to have signed a long-term deal with City Football Group, which owns Manchester City and Melbourne City.

"We need to celebrate when players at the Central Coast Mariners are sold to bigger Clubs. It's our charter. It's our intent," Mariners coach Tony Walmsley said.

"This move demonstrates how far Anthony has progressed and symbolises how giving youth a chance works for both the Central Coast Mariners and young aspirational footballers."

Meanwhile, the future of Melbourne City's marquee Robert Koren remains in limbo with talk of an early release from his contract while forward David Williams could also be on the move in the transfer window.

"There are talks, as we have already [read] in the paper, so I'm not going to hide that," Van't Schip said about the rumours surounding 35 year-old Koren, whose time in the A-League has been plagued by injury.

Regarding Williams, who was linked with Adelaide United but is now apparently keen on a move to Europe, Van 't Schip said: "David has expressed that he wants to leave and we also have said that we're open for that but again we're also having David in [the squad] because he's a contracted player."

City may also look to strenghten their squad with injury cover for long-term knee injury casualties Corey Gameiro and Connor Chapman - with winger Fitzgerald tipped to join the club after his release by the Mariners.