With the W-League season rapidly winding down, Melbourne Victory boss Jeff Hopkins believes his side have what it takes to take it to title-favourites Sydney FC and the Brisbane Roar. 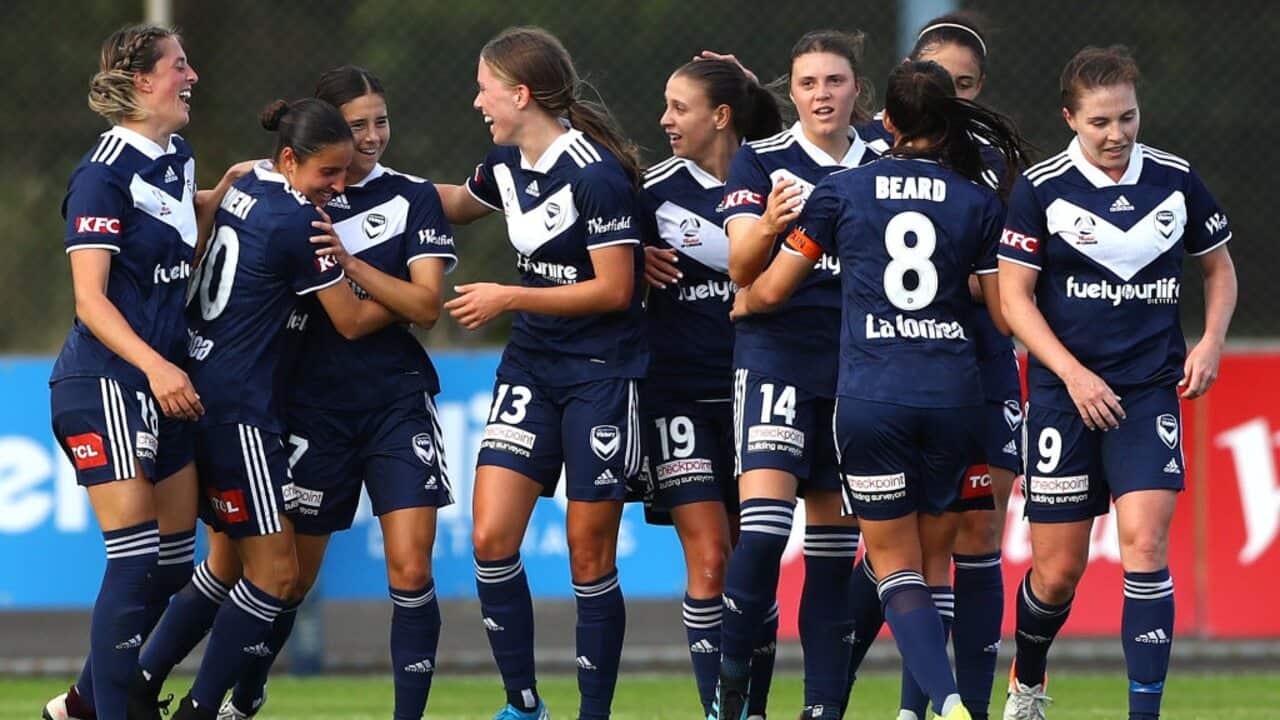 Victory all but secured their place in finals football for a third straight season on Thursday night; downing Western Sydney Wanderers 1-0 thanks to a 43rd-minute tap-in from New Zealand International Annalie Longo following a Kyra Cooney-Cross free-kick and Melina Ayres knockdown.

Already sitting on a knife-edge, the result dealt a hammer blow to the Wanderers’ faint hopes of playing finals: Dean Heffernan’s side now six points adrift of the playoffs with just two games remaining on their ledger.

Conversely, the three points earned at AAMI Park, which hosted the fixture behind-closed-doors after a last-minute switch from Lakeside Stadium, means that Victory now sit third on the W-League table and five points clear of fifth-placed Canberra United with three games remaining.

Advertisement
While the team from the nation’s capital have a game in hand, two of Victory’s remaining three matches will see them face a struggling Perth Glory side who have secured just a single point from their six games this season.

Hopkins’ side’s remaining non-Perth fixture will be away to Sydney FC on March 20, at which point the Sky Blues - five points clear of the Roar with three games remaining - may have already secured the Premiership.

Sydney and Roar - who hammered Victory 6-0 on the Gold Coast earlier this season - stand as the two prohibitive championship favourites heading into the final weeks of the campaign, but speaking after his side’s win - their fourth in five games - Hopkins believes his side have what it takes to compete when it matters most.

“Yeah, 100%. I have no doubt at all,” Hopkins said. “When we do play against [Sydney and Brisbane] we’ve just got to be as good as we possibly can be. We’ve just got to keep working and chipping away over the next month.

“Even in the Canberra game [a frustrating 1-1 draw on February 28] there was so much good stuff in there, there was just probably not that missing ingredient that was the real intensity and the real hunger to really go and attack the game and attack the ball.

“I think that was definitely back today and we need to start with that, because when we do that everything flows from there. You saw today that we came out and started the game really well, we played at a really good intensity and tempo, when they had the ball we pressed and pressured really well and when we had the ball we moved it really well.

“I suppose, from today, it was a little bit more complete but we’ll find somewhere to improve on!

“We’ve had a target all season to get to [ten games] and then we’ll reassess things. We’ll sit down with the group and reset our goals for what we want out of the season. With two games left, we’ll know where we are in the mix of things.

“The next game [against Perth on March 14] is going to be an important one, we can’t take our eye off the ball, we’re getting everyone back fit now."

If the Victory are to step up and challenge for the title, it will likely require a series of gigantic - and star-making - performances from young midfielder Cooney-Cross.

Widely considered a future Matilda, the 19-year-old was the creative force for much of Victory’s attacking output against Wanderers; delivering the free-kick that was eventually turned in, swinging in numerous other dangerous set-pieces and frequently threatening to unlock the Red and Black defence with one devastating piece of inventiveness from open play.

“When she’s in that type of mood she’s not impossible to stop, but she’s very, very difficult to stop,” Hopkins said of the teenage prodigy.

“It’s nice to be able to sit back and watch her at times; some of the things she can do with the ball under real stiff pressure.

“At times [against Wanderers] they were grabbing hold of her, she was being bumped and pushed and pressured really well - sometimes two players on her - but she handled the ball and handled the pressure really well, so it’s a real credit to her the way that she played.”