Melbourne Victory have edged out Serie A champions Juventus 4-3 on penalties, after the scores were locked at 1-1 at full-time, in the International Champions Cup Australia at the Melbourne Cricket Ground on Saturday night. 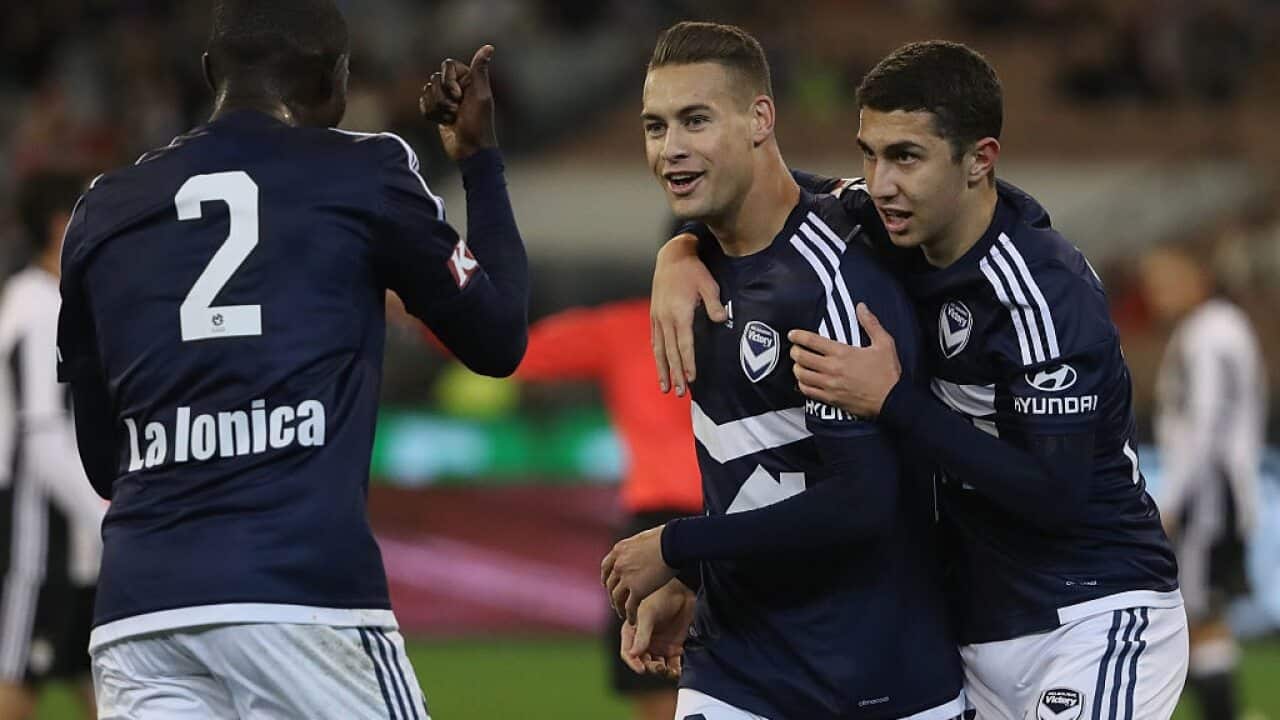 16 year-old Seb Pasquali stepped up to score the all-important fifth penalty, before Victory goalkeeper Lawrence Thomas produced his second save of the shootout to seal a famous win for the A-League club.

It looked as though Juventus defender Carlos Blanco's 58th minute stunning long-range stike, from almost half-way, would see the Italian champions grind out a win over their A-League opponents.

But Kevin Muscat's men, who outplayed their opposition for large parts of the contest, had other ideas.

Advertisement
Their equaliser was swift - with midfielder Jai Ingham finishing off a sublime team move in the 83rd minute, which sent the match into a shootout.

The Victory came into the clash as not only the first A-League team to contest the International Champions Cup, but also as the inaugural club from the Asian Football Confederation.

And while Juventus fielded a side far from their best XI, in addition to the uncertainty surrounding star Paul Pogba's future, the A-League outfit took the game to their more-fancied opposition.

Juventus defender Daniele Rugani almost put the Italian champions ahead in the 30th minute, but his strike clattered into the post.

In the shadows of half-time, Besart Berisha then came close to giving the Victory the opener, with his header well saved by Juventus goalkeeper Neto, after an incisive run and cross from Mitch Austin - who impressed on his club debut.

After a flurry of anticipated half-time substitutions from both sides, the game opened up before eventually going to penalties.

Despite captain Carl Valeri missing the Victory's first penalty, Ingham then scored the first of four successive attempts - rounded out by Pasquali - to seal a famous, albeit, pre-season victory.

Juventus return to the MCG on Tuesday night with their next ICC clash against Premier League outfit Tottenham Hostpur.