Australian football has had to fight hard and defend in numbers for a long time just to be able to survive in a country that is spoilt with top-class sport. 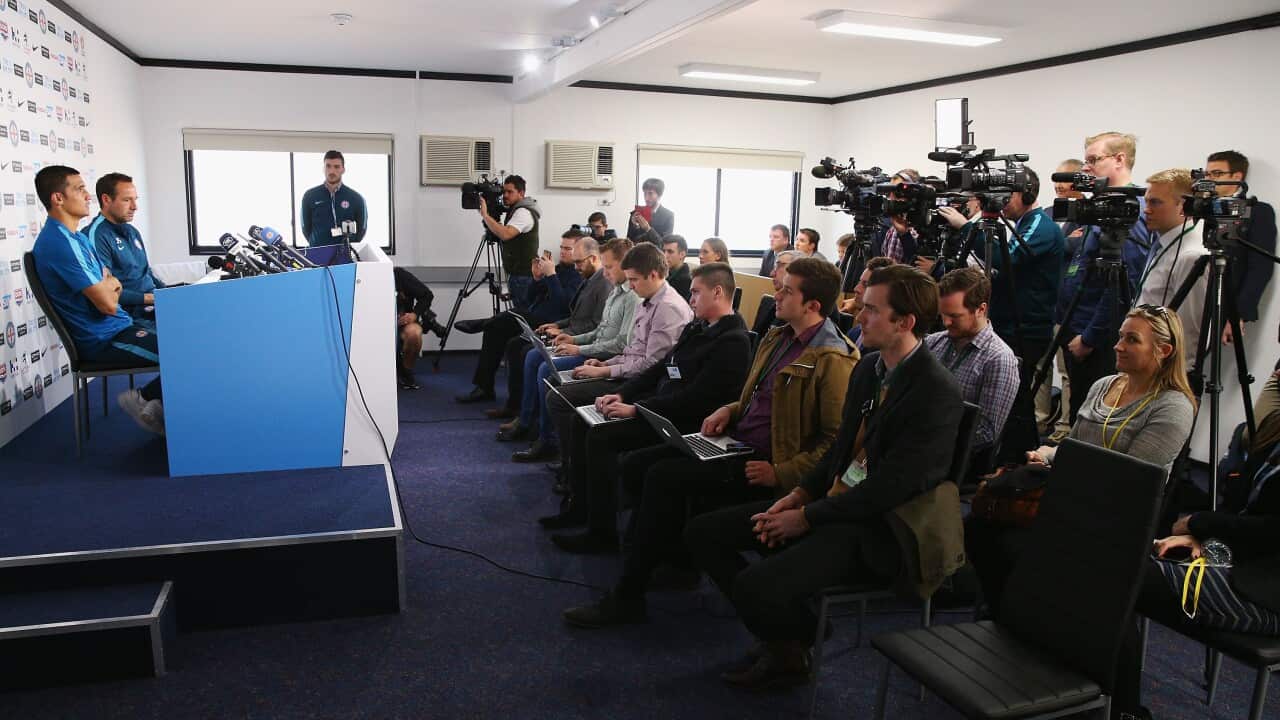 The level of antagonism - even hatred - towards our game by sections of the media makes you wonder what wrong football has done to deserve such shabby treatment.

It is thanks to our game's hard-nosed resilience and drawing power that it has managed to hold its ground and become a meaningful player in the Australian sporting landscape.

It has achieved this despite the best and unfairest efforts of the so-called 'media mafia' that would like nothing more than see football in its proper place - down there with two-up and tiddlywinks - to enable the country to continue salivating in Australia's dinkum delights of rugby league and Australian rules.

Advertisement
Football has learned to live with the belligerence from several organisations that would gleefully point out and denounce even the smallest of indiscretions surrounding our game. Liberties have been known to be taken with reality and perspective.

The print and electronic media in Australia's largest cities Sydney and Melbourne has its own turf to protect and for obvious reasons it is not going to let some silly game called 'sokkah' usurp any column space or airtime usually allotted to the NRL or AFL. Heaven forbid!

Unless there is something negative to report, of course.

The media nonetheless has no other alternative but to grudgingly give prominence to 'that other game' they probably still call wogball whenever a big occasion like an A-League derby or grand final or a Socceroos' World Cup match commands widespread interest.

Not because the media feel supportive, mind you, but because it suits them financially.

Yet there is a subtle difference between the media's approach and modus operandi in the two cities.

Whereas in Sydney the media understandably gives top priority to its biggest and most popular sport which is rugby league and will have a go at football whenever it thinks it deserves it, its Melbourne counterpart does the same with AFL but is usually far more aggressive and far less tolerant in its often vitriolic attacks on our game.

Sydney's media sees football as a secondary sport that will never rule the city but its right to be in the mix will never be questioned ... yet the game's very existence does not appear to sit comfortably with sections of Melbourne's media.

The vicious and exaggerated attacks from the media in Victoria would suggest that the eradication of football could be a dream scenario for a state besotted with AFL.

Remember how the AFL and their media collaborators tried their utmost to derail Australia's bid for the 2022 FIFA World Cup?

What about the times Melbourne's media sought to denigrate our game whenever it was enjoying a high point by providing negative material clearly designed to dilute any positive impact?

And do we need to remind ourselves how one flare at a football match would command more attention and disdain than a drunken brawl at an AFL game?

How else would you explain the venom that emerges from Melbourne from time to time when it comes to football 'reporting', for want of a better word?

I can guarantee that most journos and editors in Sydney who might not particularly like or follow football could not care any less about its status in this country. Their attitude would be 'live and let live' as long as their rugby league is going strong. Football, you see, is not seen as a real competitor so it's usually a case of 'who cares anyway?'.

They'll come around eventually yet their Melbourne counterparts seem to be on a collective crusade to kick football out of sight once and for all.

READ MORE
AFL and NRL fairytales are ours to enjoy too

They will not succeed, of course, because the game at club and national level has made great strides forward in the last decade or so and it probably has reached a point of no return.

And it remains to be seen how long it is going to be before frustrated football fans in Melbourne start boycotting offending media outlets.

Football Federation Australia should not be too blase about this state of affairs and need to recognise that the despicable drive by the southern mafia to mortally wound the football brand should not be overlooked or underestimated.

The Sydney-based organisation might want to look into setting up a little office in Melbourne to ensure a more significant presence in a city that often feels out of the loop.

FFA have often adopted a stance of inaction whenever the game came under attack, their rationale being 'let's not give oxygen to the game's enemies'.

This would appear to be a smart FFA policy in terms of Sydney's jingoistic media. Let's face it, people are beginning to see through the shenanigans.

However, I'm afraid the motives behind Melbourne's 'mafia' are far more sinister and cleverly orchestrated and they should be dealt with accordingly.

FFA would do well to remember that if Melbourne keeps telling porkies often enough eventually they will become 'facts' and be believed.