Memo FFA: Get rid of VAR, it's killing the A-League

Enough is enough: Football Federation Australia for just once should listen to the fans and do us all a favour by ditching VAR. 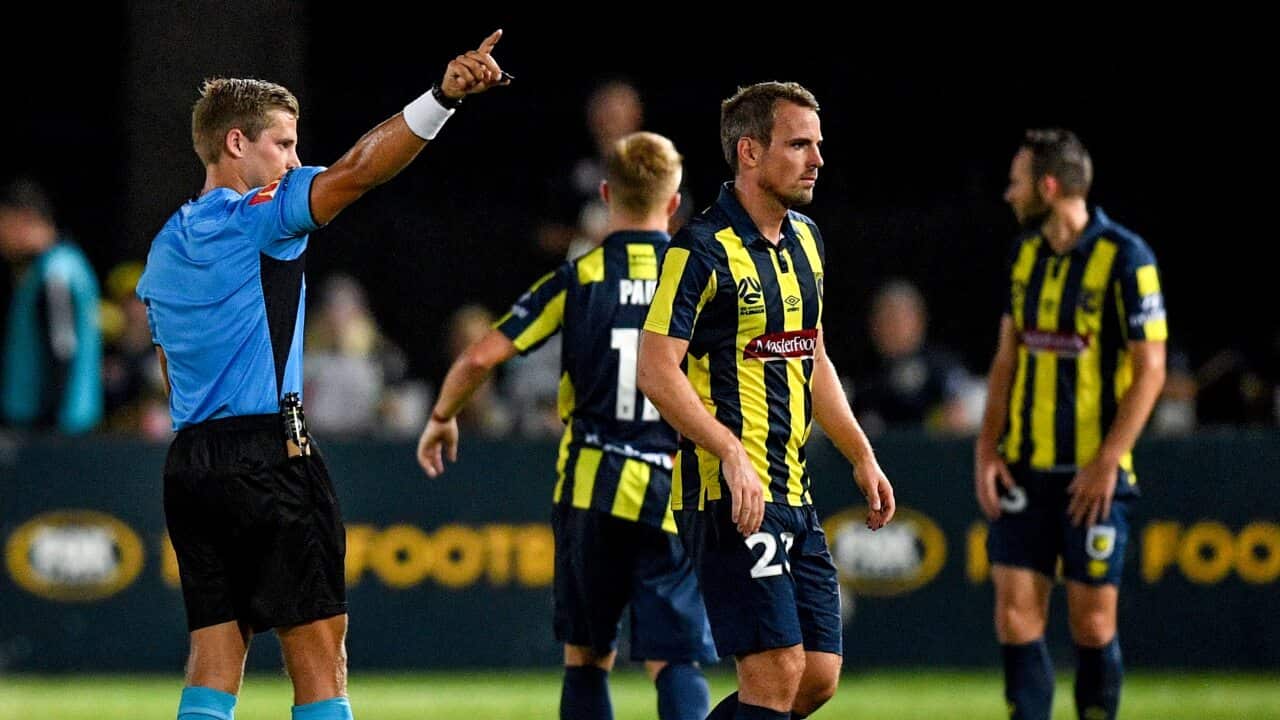 Not in March when it is due for a review but now.

The system is destroying the image and credibility of the A-League and turning it into a circus and a joke.

The fans hate it, the players and coaches are confused and quite frankly VAR is far more trouble than it is worth.

Advertisement
It is probably the cause for an alarming drop in crowd figures and television audiences this season.

'It's football but not as you know it' was the FFA's slogan when the competition kicked off in 2005.

It certainly is the case today because in one fell swoop the FFA have changed the game's fabric and managed to do what no one had ever done: unite the football family.

There are pockets of resistance to the clamour for giving the system a red card and a life ban.

Some claim there is nothing wrong with the concept except that it is badly managed.

Some maintain that the pursuit of fairness and justice on the field should be paramount in the debate.

Others say FFA are trying to improve poor refereeing standards that have blighted the A-League since day one and should be commended.

But these factors are not the main issues.

What matters most is that the fans who pay money to watch their sport hate it because it has robbed football of its spontaneity and human element. It has become too much of a stop-start affair. Is this the kind of football we would like to see?

It also looks like the game today is refereed by somebody high up in the stands and on-field referees are reluctant to make the big decisions any more. Why would they?

It makes you wonder if we need referees and their assistants any more if everything is controlled from above.

VAR was supposed to intervene only on occasions when clear errors have been made by referees but it is not the case as was seen in the game between Central Coast and Western Sydney when two yellow cards were overturned and two home players were sent off, sparking howls of protest from coach Paul Okon and the spectators.

If FFA are smart they should ditch their attitude of 'we know what's best for football' and admit their experiment has been a colossal fiasco.

They should tell FIFA 'thanks but not thanks'.

FFA actually have no choice because as VAR becomes more farcical every week fewer and fewer fans will bother with the A-League any more.

Eleven rounds into the competition have given us controversy upon controversy, which is unfortunate because we really should be talking about the pretty decent football the teams are providing this season ... most of the time, anyway. The number of 'golazos' we have seen this season is extraordinary.

Instead we are seeing in front of our own eyes a dramatic transformation and disintegration of the simple game we all grew to love.

Refereeing standards in Australia have always been low and the advent of professionalism has not improved matters greatly.

I have always been among the first to criticise the performances of our referees whenever they warranted it, which was pretty often.

Coaches, players and fans have always complained about referees, particularly when they are on the losing end.

However VAR has not reduced those complaints but increased them substantially so why change?

Clearly, VAR is not the answer and we should go back to where we were and accept the game warts and all.

Football with all its faults and weaknesses is the world's most popular game and it has been doing rather well for itself for more than a century.

It does not need to change for the sake of being like other sports, thank you very much.