It must be hoped that an unrepentant Ange Postecoglou was referring to a parallel universe where everything is strangely askew when, after the latest installment of the Australia's World Cup high-wire act, he pledged to bench Aaron Mooy again should he feel like it. 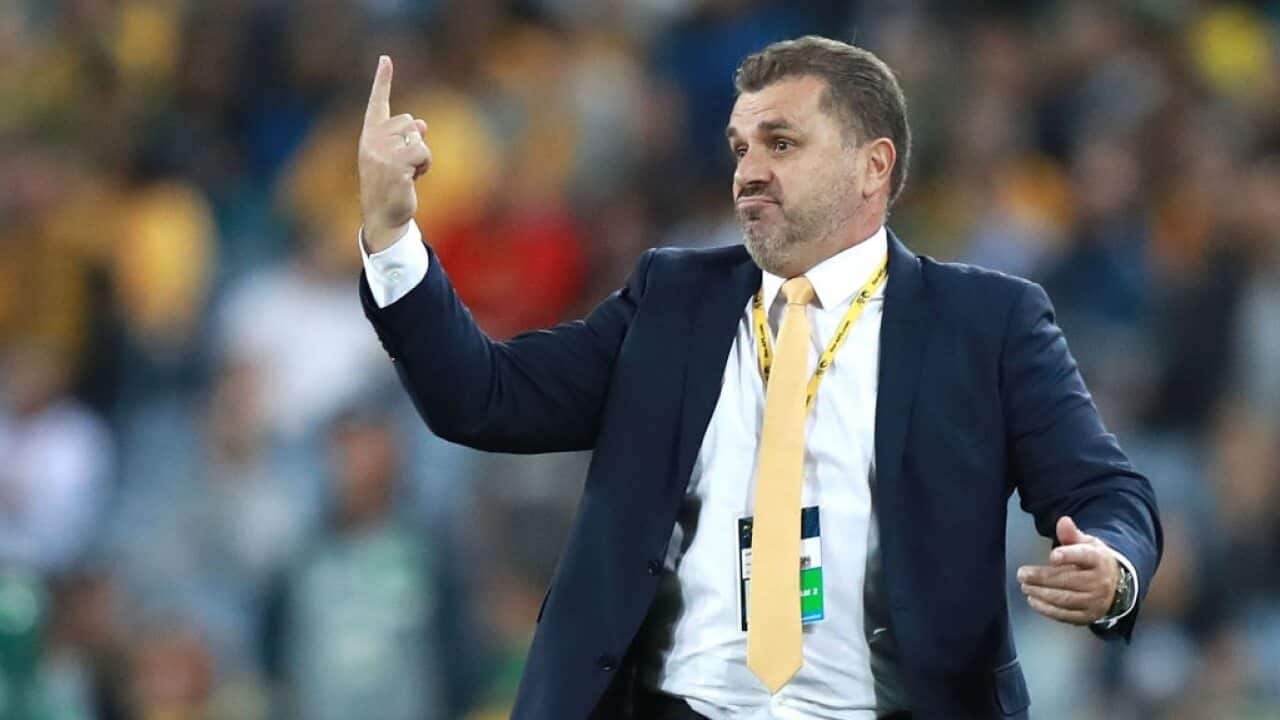 If, by chance, Postecoglou repeats his Mooy misadventure against Panama or Honduras in next month's inter-continental playoff, he can expect history to judge him harshly - especially if the Socceroos' road to Russia drops off a cliff.

It was only the intervention of fate, in the form Brad Smith's fragile hip flexor, that allowed Postecoglou to quickly rectify his baffling miscalculation and unleash Mooy in the 11th minute of Tuesday night's 2-1 extra win over Syria at Sydney's ANZ Stadium.

The quality, cohesion and precision of Mooy's performance, as one of three number tens, only served to render Postecoglou's contentious call all the more bewildering.

Yet, in the aftermath of Mooy's 109 minutes of string pulling and Tim Cahill's trademark two-goal salvation mission, Postecoglou gave no hint of any introspection, or even an inkling that he may have erred in initially leaving his Premier League Bentley in the parking lot in such a vital fixture.

Apparently oblivious to the faux pas which bemused fans and pundits alike, Postecoglou declared afterwards: "It was just a selection decision.

"We wanted to be a bit more aggressive in attack and Aaron was the one who missed out.

"It’s not the first time he’s missed out and it won’t be the last time. We’ve done it before.

"Smithy unfortunately got injured and we had to make a change but that’s the beauty of having depth in the squad you can throw someone like Aaron on."

Considering the industry and vision supplied by the Huddersfield Town midfielder during a night of high tension, Postecoglou's summation seemed something of an understatement.

That Mooy was upset to be omitted might also be categorized as such.

By nature the antithesis of a drama queen, the bashful and retiring Mooy was seething, his sense of injustice fueled by the knowledge he had done nothing to deserve it.

In fact, as Australia's man of the match in the 1-1 first leg draw with the Syrians in Malacca six days ago, quite the opposite.

He admitted to being "angry" afterwards, adding that Postecoglou - hardly endowed with football's best bedside manner - had offered no explanation for the decision - a courtesy a player of Mooy's stature and enduring good form deserved as a bare minimum.

While Postecoglou can't be vilified simply for one selection decision alone, when coupled with his unshakable adherence to an unconvincing three-at-the-back formation, seemingly endless chopping and changing with his line-ups, and insistence on persevering with an underdone Smith, despite virtually no club football with Bournemouth, a worrying pattern at the worst possible time has been revealed.

In Mooy's case there can be little doubt his faith in Postecoglou and his methodology have been sorely tested.

While expressing the pride he felt in his players after the edge of the seat win over Syria, Postecoglou ruminated: "Why do we have to make it so hard? It shouldn’t be that difficult for us."

Part of the answer might lie with Postecoglou himself. Not just his players.