Milligan believes Socceroos can punish UAE in the heat

Mark Milligan knows how difficult conditions can be in Abu Dhabi but he is adamant that if Australia are able to play the style of football they desire then the United Arab Emirates will be the ones who suffer in their 2018 FIFA World Cup qualifier. 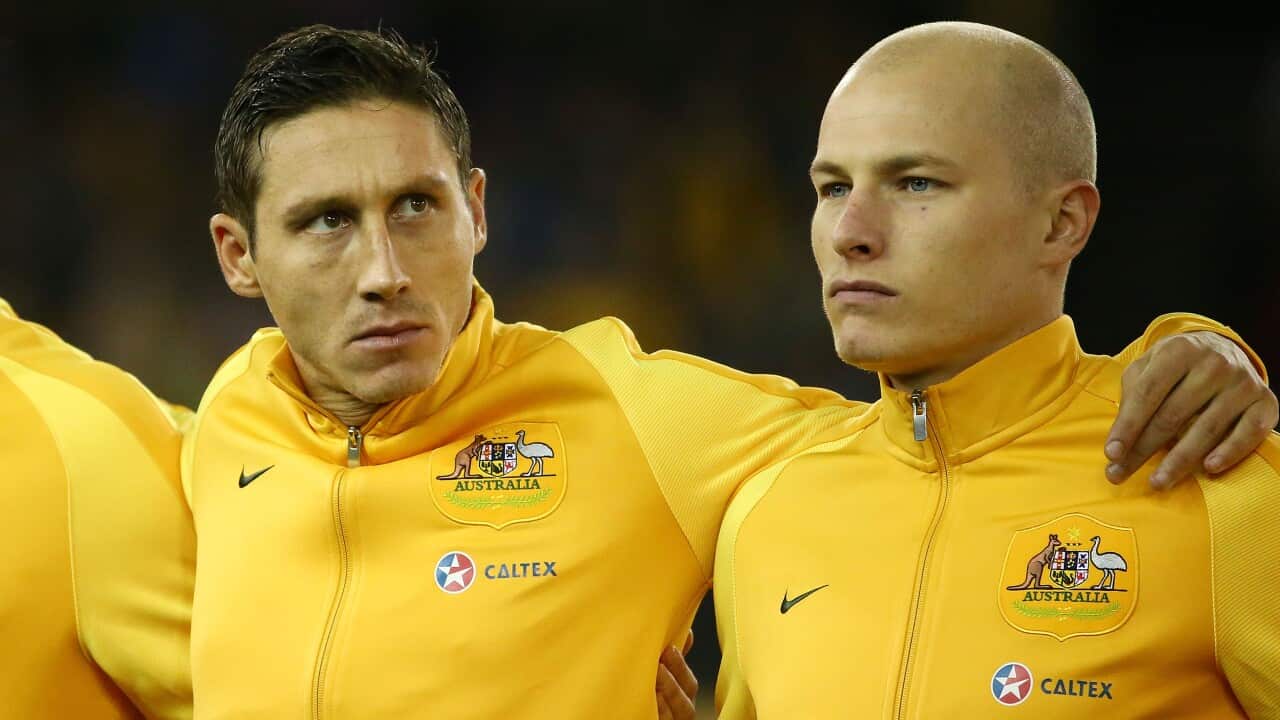 Milligan, who plays for Baniyas SC in the UAE Pro League, said the oppressive heat and humidity in Abu Dhabi at this time of the year inevitably affected the way football was played and that it was a huge advantage if your team wasn’t the one doing the chasing.

“It’s very hot at the moment. It isn’t like that all the time, thankfully, but if anything it maybe suits us a little bit in terms of the way we want to play.“ Milligan said ahead of the game at Mohammed Bin Zayed Stadium on Wednesday morning (AEST).

“We want to be dominant with possession and keep the ball and make the other team work, so if you’re able to do that, especially here in this heat, it isn’t much fun running and chasing the ball around.

Advertisement
“So if we can be disciplined, I think our strengths will be enough to get a good result.”

Daytime summer temperatures in Abu Dhabi have typically been around 43 degrees during the visit by the Australians, and while it has cooled after dark the temperature is still in the 30s and the humidity increases.

The Socceroos are coming off a 2-0 win over Iraq in Perth in their opening World Cup qualifier, while UAE got a great result on the road, winning 2-1 over Japan.

Milligan said the UAE team had been the beneficiaries of a clear window in which to prepare for the two games, as opposed to the Australians who had to rush from various parts of the world to Perth after playing club games and only had a few days together before the clash with Iraq.

“There are some very talented players in the UAE side.” he said.

“I know they have the benefit, as well, they get to spend a lot of time together. They all play in the local league here and are given the privilege, I guess, by the league to prepare for these type of games and these sort of windows with as much time as they need.

“So they have a very good understanding of each other.

“I think over the last few years they’ve shown they are a very good side. They did very well in the Asian Cup last year and they have started the qualification for this period very strong.

“Individually, they are very strong, but there are definitely weaknesses there that we can expose.”

Milligan said the Socceroo dossier on the UAE, as compiled by coach Ange Postecoglou and his staff, was very thorough.

“We get a lot of detail about the opposition that we’re playing.” he said.

“We have a look at not only results recently, but how they’ve been playing over the last six months.

Milligan, normally seen in deep midfield, was a surprise choice at centre-back alongside Trent Sainsbury against Iraq.

It remains to be seen whether Postecoglou sticks with that combination against UAE or brings specialist centre-back Matthew Spiranovic in after he was an unused substitute against Iraq.

Spiranovic said he was itching to get back in a Socceroo jersey after being forced to miss some internationals over the last 11 months due to injury.

“Nothing too serious, but just enough to sort of rule me out. But it’s great to be here fit and healthy and I’m looking forward to the next game.”