Socceroos utility Mark Milligan has rejected five offers across Europe, as he searches for the right fit for his post-World Cup club future. 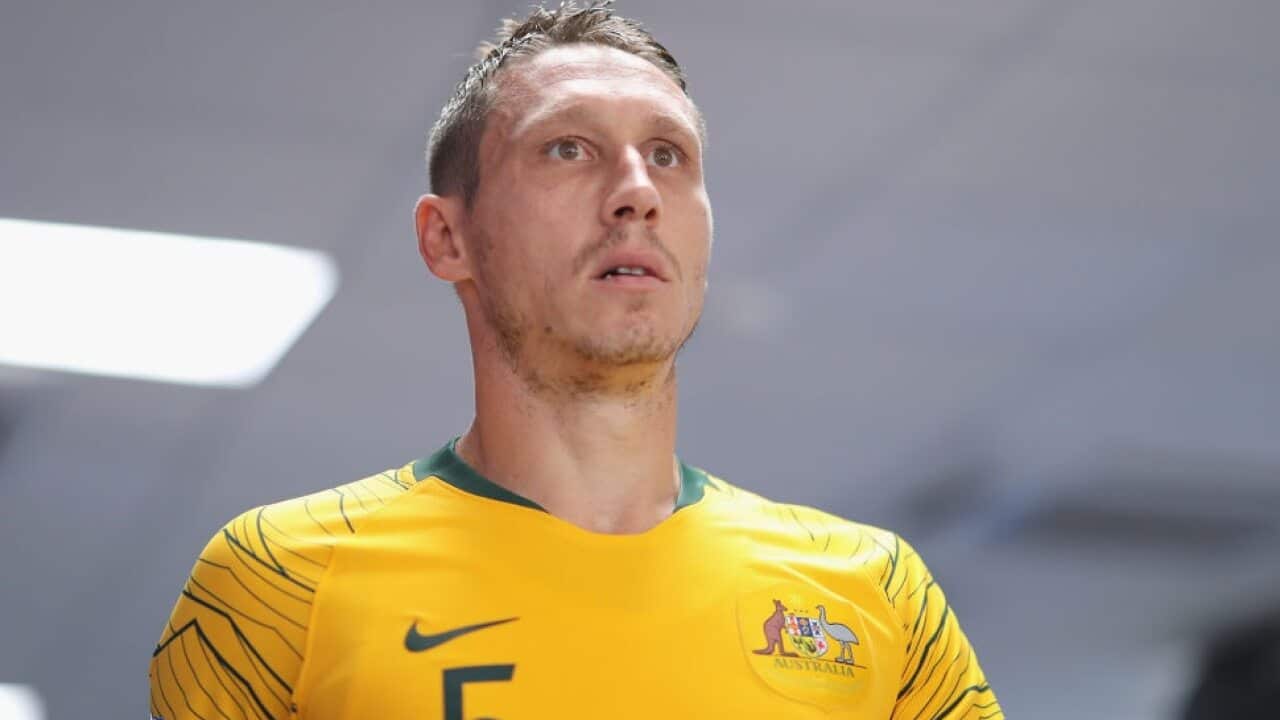 Back home after his split from Saudi outfit Al Ahli, Milligan admitted his hopes of fulfilling a long-cherished dream of playing in England were dimming but he had not shut the door on the UK entirely.

Now in the veteran phase of his career with his 33rd birthday approaching, Milligan showed no signs of erosion in Russia where he excelled alongside Trent Sainsbury at the back.

Confirming that approaches from Hibernian and financially-troubled Bolton Wanderers had both been passed on, Milligan said: “Nothing (else) has progressed in the last 10 days or so, and I haven’t heard anything.

Advertisement
“There’s definitely been interest but nothing I’m too keen on to be honest.

“I don’t just want to go for the sake of it. I still want to be somewhere where it’s worthwhile being.

“I’m not stressing about it, not yet. Give it a bit of time and I’m waiting on a few things, hoopefully that I will hear about over the weekend. I will reassess again on Monday.”

The door to England opened up for Milligan, after Australia’s rise up the FIFA rankings to an average of 44 over the past two years allowed him to meet UK work permit regulations.

He’s previously had offers from Crystal Palace and Bolton, but has been frustrated on both occasions.

First by Melbourne Victory refusing to release him and most recently by UK visa regulations.

“I’ve not said no to anywhere based on where it is,” he added.

“But it just needs to be a decent fit for all of us as a family.

Terms couldn’t be agreed with Hibernian, for whom fellow Socceroo Jamie Maclaren starred on loan with last season, with Milligan explaining: “I would love to have gone and played in Scotland but it was a little bit tough (to agree a wage structure).”

Milligan had been preparing to move his wife and three daughters to Saudi Arabia after the World Cup.

They were packed and ready to go when news came through that despite having six months left on his contract he was not required by Al Ahli’s new coach, and a termination agreement was reached.

Referring to the A-League, the former Melbourne Victory skipper said: “There’s definitely be an interest but I pretty much told everybody the same thing - that I’m not going to rush into anything.

“I’ve been honest and I’m just waiting to see what comes up before I make a decision.

“Last year was a different story when I finished up in the UAE and my hopes of playing for England fell through.

“I needed to make a decision back then quite quickly because it was a World Cup year (and he signed for a second spell with Victory).

“I know the Asian Cup is coming up in January but I still haven’t fully decided what’s happening with me in terms of that.

“I just want to make sure the next move is firstly good for the family and secondly, I will enjoy my football.”

After hinting that he might call time on his international career after Australia bowed out at the group stage in Russia, he is now more circumspect.

“I want to make sure if I do stay on with the national team, I’m fully committed to it,” he said.

“I don’t want to do anything half hearted. That will be the main factor for me.

“I want to make sure that if I am selected going forward I will be able to give as much as possible and still have an influence on what happens with the team.”

Turning to his switch from midfield to stopper in Russia, a move engineered by coach Bert van Marwijk, Milligan said it was something he thought would eventually happen.

“I knew at some point I had it in me to be able to shift positions and do it permanently,” he said.

“I think I showed enough in the lead up and in the World Cup that when put in that position I was able to focus on the role.”