Minimum passing distance laws to come into force in Victoria

Victorian motorists will be required to allow a minimum one-metre distance when passing a cyclist under a new law that will come into force on Monday, April 26 in the state. 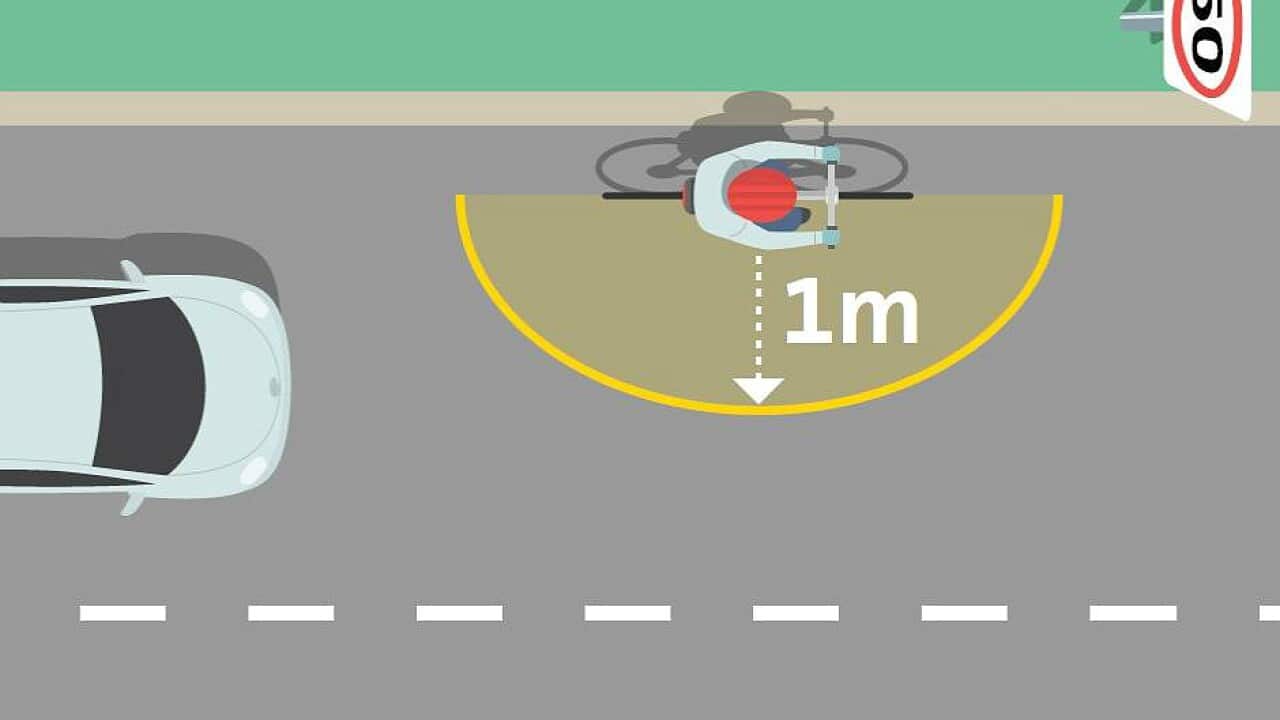 An illustration of the minimum passing distance in areas under 60 km/hr Source: ACT government

After years of campaigning by organisations such as the Amy Gillett Foundation, with the support of Bicycle Network and the peak Victorian motorist association, the RACV, the minimum passing distance law will come into place on April 26.

In 2009, the Amy Gillet Foundation launched the 'A Metre Matters' campaign after research found that being struck from behind by a car was the most common cause that resulted in a cyclist fatality. With the implementation of the new law in Victoria, all Australian jurisdictions will now have some form of minimum passing distance legislation in place.

Advertisement
RACV’s senior manager for transport, Peter Kartsidimas, said in the wake of the bill being passed that many more Victorians have already taken up cycling during the COVID-19 pandemic and numbers are expected to soar as people choose private instead of public transport as restrictions ease.

“We have been championing for safer bicycle infrastructure for many years, but now more than ever is the time to provide commuters with genuine choice in how they get around the city,” says Karsidimas.

"This formalises for motorists that you should be doing everything you can to keep cyclists in a safe zone."

“Making more room for cyclists will make our roads safer, as well as encourage more people to cycle as many avoid public transport or congested roads.”

A Queensland review of the minimum passing distance law in that state showed a 15 per cent reduction in crashes resulting in casualties in comparison to the year prior to the laws being implemented.