Mooy at the heart of another Huddersfield victory

Australia's Aaron Mooy completed a game-high 104 passes in Huddersfield Town's 1-0 win away to Wigan Athletic in the Championship on Tuesday morning (AEDT). 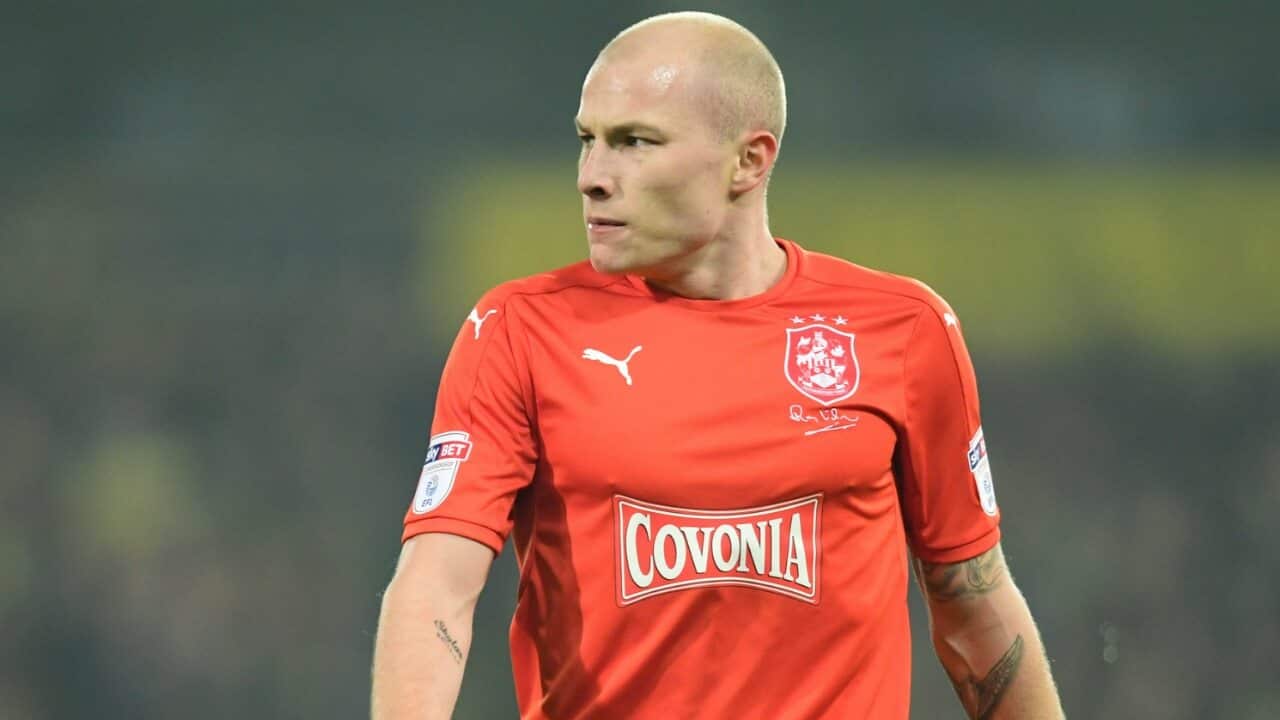 The victory is Huddersfield's fifth in their last six matches and you have to go back to November 29 to find their most recent defeat.

Bermudian international Nahki Wells tapped home from a rebound in the 80th minute to break the deadlock after Wigan goalkeeper Jussi Jääskeläinen was unable to hold on to Elias Kachunga's thunderous drive.

Mooy set the tempo for Huddersfield's play and touched the ball more than any other player on the pitch, the only downside; a yellow card for a tackle on Wigan's cult-hero Will Grigg.

Advertisement
The Terriers now sit in fourth position on the table with 46 points, six behind Newcastle United in second and six above Derby County in seventh.

Their push for promotion to the Premier League remains on track with the top two being automatically promoted, while third to sixth have a play-off series to decide the final third spot.

Elsewhere, 18-year-old Aussie Aiden O'Neill was on the bench as Burnley lost 2-1 to Manchester City in the Premier League.

Jackson Irvine and Bailey Wright came up against each other as Preston North End won 1-0 away to Burton Albion.

Wright is the subject of much speculation linking him with a move to Bristol City, and the Preston fans sung Wright's name throughout the match in hopes he would sign a new contract.

Both Australians played the full 90 minutes, but the loss for Burton means Irvine's team have now dropped down to 21st on the table - just one point above the relegation battle.

Ryan Williams played 81 minutes in Barnsley's 1-0 victory away to Nottingham Forest as the Tykes moved up to eight on the table.

Socceroos Massimo Luongo and Mile Jedinak both missed their matches for Queens Park Rangers and Aston Villa respectively - Luongo has a groin injury while Jedinak has contracted a vomiting bug.