Mooy impresses in Huddersfield debut ahead of Liverpool clash 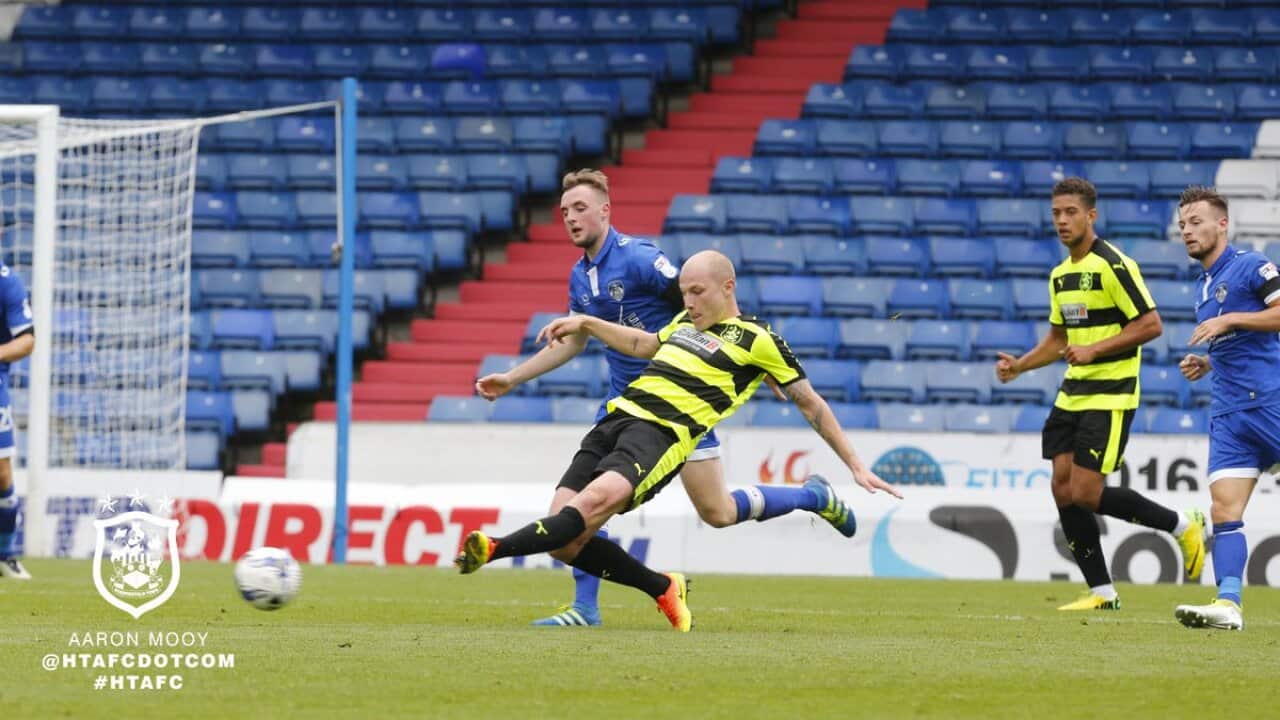 Huddersfield won the match 2-0, with Mooy showing his quality in his first match since moving to Huddersfield on loan from Manchester City.

Advertisement
According to the club's official website, "In the first half it was Australian international Aaron Mooy who caught the eye with some superb passing."

Mooy played 60 minutes, before the entire starting XI was changed as coach David Wagner attempted to asses all his options ahead of his side's clash with Liverpool on Thursday morning (AEST).

Although Mooy impressed, it wasn't until he was off the field that Huddersfield managed to break the deadlock in the 72nd minute.